You don’t need an Xbox One X, but you’ll probably like it 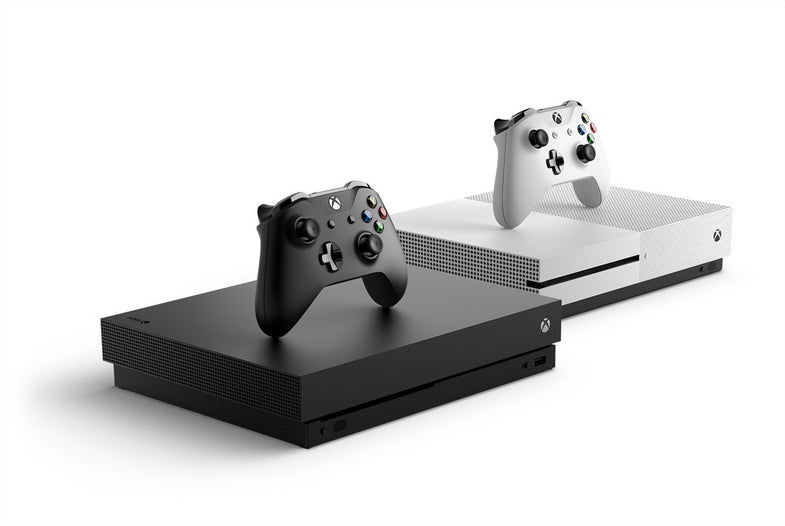 When the Xbox One X first arrived at my house, my TV was too crappy to allow me to really appreciate it. There I was, hooking up the “most world’s most powerful console” to a Sony TV I bought on Black Friday eight years ago. It seemed like a waste, so I made the jump into the world of 4K TV with HDR. I didn’t need the new screen, but once it was there, I could appreciate that it was actually better. And that pretty much sums up my Xbox One X experience overall.

Microsoft set out to make the most powerful console ever—and it did, at least on paper, besting the PlayStation 4 Pro, which arrived earlier this year. It has a lot of impressive-sounding technical stats, like a 74-percent increase in processor speed and six teraflops of computing power (click here if you’re curious about what a teraflop actually is). In short, it’s a lot more powerful than its predecessors.

If you’re coming from a regular Xbox One, you’re going to notice a difference when watching UHD (ultra high-definition) content or playing games that have been enhanced for the One X. The colors are more impressive, and the graphics are sometimes so sharp that it’s unnerving. Do I really need to see every pore and scar on the face of my Gears of War character? Well, yeah, I do, actually.

UHD-enabled apps like Amazon and Netflix look similarly impressive, but that was the case with the Xbox One S, too. Load times for games are shorter on the One X, especially on legacy titles like Cuphead and Overwatch.

What can I actually play on it?

Right now, the list of games optimized for Xbox One X is small. I mostly played Gears of War 4, because it’s full of dark shadows and bright explosions, which really hammer home the fancy visuals. The list of optimized games is growing all the time, but that’s where the Xbox platform runs into a bit of a hiccup.

While the Xbox One X is a new console, it’s not a new platform. Developers are encouraged to enhance games to take advantage of the full power, but it’s not a mandatory transition. Microsoft says optimized games will still look better, even on 1080p TVs, and it’s true, they do. This is because the One X uses a technique called super-sampling, which renders the visuals at full-resolution, then scales them down for the lower-res display. As a result, you still get improved shadows and crisper edges, but it’s not nearly as noticeable as it is on a UHD TV.

If you don’t have a really nice TV, the Xbox One X is total overkill, especially when you consider the roughly $220 premium it commands over the very capable Xbox One S.

It’s also worth noting that the games optimized for UHD play can take up more than 100GB of storage each. Both Forza 7 and Gears of War 4 were over the century mark, which means the 1 TB hard drive in the Xbox One X fills up quickly.

Is it a good streaming box?

According to Microsoft, Xbox users spend roughly 40 percent of their time doing things other than playing Xbox games. For its price, you can get the Xbox One S, and Apple TV 4K, and still have some money left over to buy a digital copy of Baby Driver (which is really good, if you haven’t seen it). For that price, it should be able to stand on its own as the only streaming box you need, but it’s not quite there yet.

The biggest quibble I have is navigating the Xbox menus. The latest update has actually made the Xbox interface a lot more intuitive, but using a controller as the primary input feels like an outdated way to do things. I’m used to having the option of an app to control things if I can’t find the remote and I really missed that here.

The content selection in the Xbox store when it comes to UHD content is lacking compared to others, especially iTunes. If you want to watch Wonder Woman through the Xbox Store, for instance, you’ll have to buy it for $20, as there’s no rental option. Other channels provide good alternatives, but it makes for a messier experience.

4K Blu-rays look rather amazing if your TV is set up to maximize the picture quality. In 2017, inserting discs to watch content feels downright archaic, but it’s worth the effort for the extra fidelity if you really want to appreciate something with impressive visuals.

I’m breaking a gear writer commandment here and saying that I don’t care about the design of the Xbox One X. I put it in the cabinet below my TV and I haven’t seen it since. It’s unobtrusive, black, and relatively quiet. If you don’t like it, you could easily decorate it with a Sharpie or maybe some festive stickers, then go back to looking at the screen where the fun stuff lives.

The controller is the same streamlined design you’ll find packed with the Xbox One S. The changes in shape and texture are subtle, but pleasant. One plus for the One X is that some games will eventually support keyboard and mouse input for an experience that more closely mimics a PC.

Who is this thing for?

The Xbox One X is not for everyone, and Microsoft clearly knows that. It’s also not a true replacement for a high-end PC gaming rig—just ask any die-hard PC gamer and they will tell you all about it. But, it makes sense for people like me. I like shiny new things and the Xbox One X doesn’t feel like a console that will be woefully out of date in a year. The differences aren’t earth-shaking, but they are tangible, and it gets me close enough to PC performance without having to worry about building or buying a gaming machine.

The future of the Xbox One X also seems intriguing. There’s clearly enough power built into this thing to push a virtual reality experience like PlayStation currently offers, but we’ll have to wait and see if that comes to fruition. For now, buying an Xbox One X means not having to think about buying another console for a long time.