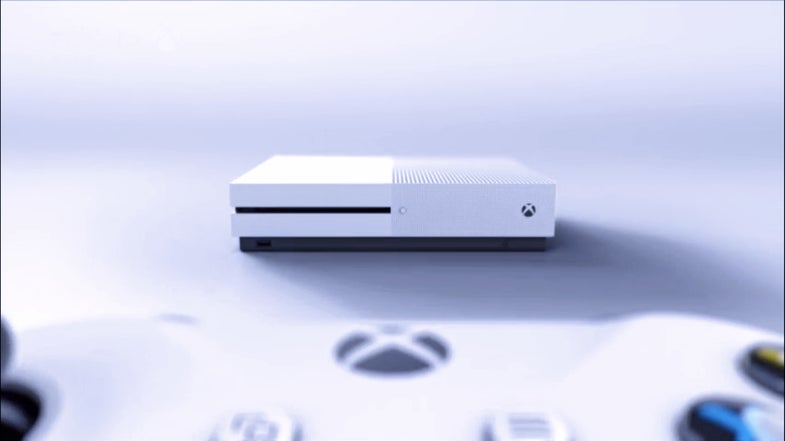 Microsoft has a lot to prove with the next major developments from Xbox. The number two player in the gaming console world is, by all estimates, significantly behind its rival Playstation in the latest generation’s sales (and by about a 2 to 1 margin: Sony sold over 40 million units since launch, while estimates put Microsoft around 20 million.

Microsoft responded to that in the immediate sense by announcing not one but two future consoles at E3. First, it unveiled the new and improved Xbox One S, which will be coming out later this year with a bevy of new features. Then it teased another console, this time with true 4K gaming, and VR capabilities, called Project Scorpio.

Neither console was referred to as “next gen” though, and for a reason: Microsoft is trying to move “beyond generations” conceptually and in marketing terms.

What does that even mean?

Well for starters, it’s pushing seamless transitions between platforms for games future, present, and past. And that’s not just about Xbox 360 games being playable on current systems: that includes Windows 10.

One of the biggest announcements at E3 had nothing to do with flashy hardware and processor upgrades: it was simply that if you own a game on Xbox in the future, you can play it on your PC too.

And you can pick up saved games on PC, and you can play with your friends on PC—or on PC with friends playing on Xbox. And that’s a big accomplishment: because Microsoft’s strategy now isn’t to beat Sony with console owners, but by co-opting PC gamers to double its audience.

Windows 10 has a lot of users, and among them are a lot of online gamers, who will support a lot more matchmaking for competitive games, and fill a lot more servers.

And that was the other part of Microsoft’s initiative: better connections. Xbox Live will now play host to three new services—essentially Reddit, Craigslist, and a global area all decidedly designed to create a deeper community.

Clubs will be a membership-based series of places where users can chat, meet each other, and discuss things they care about within the Xbox community. And Microsoft has added a way to say what you’re “up for” in terms of multiplayer gaming experiences: a way to assemble a fir team for a co-op match, or find builders for a Minecraft project, or get someone to help you finish a level on Destiny you’ve been struggling with for a month.

With the added player numbers from Windows 10, suddenly this community sounds a lot bigger and a lot better integrated—a glaring shortcoming from previous years. In fact more than once during E3 the new Xbox One S and increased community synergy were referred to as the “we heard you” projects.

So then there’s a pretty obvious reason for not hinging the future of Xbox gaming on one “generation” of console: Microsoft wants everyone with a console now, in six months, and in two years—as well as PC users—to be able to get together on the same gaming experiences.

It does take some of the pressure off the One S and Project Scorpio, but it raises a bigger question: what is Sony going to bring to the table (other than its upcoming Playstation VR headset, likely a niche product), and will the combined forces of Xbox and Windows be enough to unseat Playstation? No matter what happens, it’s clear that Console Wars 2 is upon us.