Gaming Company Valve Distances Itself From The Piston Gaming Box

Xi3's Piston was much-anticipated, partly because of funding from game company Valve. But now it looks like the two have parted ways. 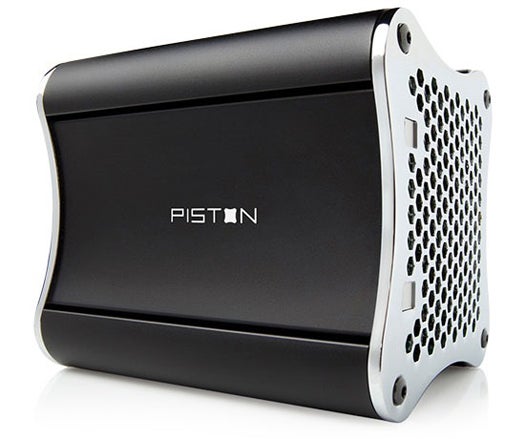 Yesterday, hardware design company Xi3 announced pre-sale of one of the most anticipated pieces of hardware in the gaming world: the Piston. It’s a modular computer that hooks up to Steam–sort of the iTunes of game downloads–and lets you play and buy games through your TV. At $1,000, it might’ve been a little steep, but one of its big draws was that it was working with Valve, the company that built Steam and some of the biggest games of the past two decades. But that arrangement, apparently, is no more.

Eurogamer got this response when asking a Valve spokesman about the Piston: “Valve began some exploratory work with Xi3 last year, but currently has no involvement in any product of theirs.”

As recently as January, during the Consumer Electronic Show, Xi3 at least seemed to be touting a relationship with Valve, so this a bit of a surprise.

Right now, no hardware has quite mastered Steam. The best way to shop for, download, and buy games is by buying/building your own PC. That’s fine, but surely, you’d think, there must be an alternative if all someone wants to do is play games on the PC. Well, not really. At least not easily and on a television, which the Linux-powered Piston is built to do.

Not partnering with Valve might not change the final product, but if you want someone to build a Steam Box, you want the company that made Steam to at least have a hand in the process. That’s part of where the excitement for this came from. But just because Valve’s not working on the Piston doesn’t mean that the company won’t be making its own version. A few days ago, Valve co-founder Gabe Newell told the BBC that a Valve-built prototype Steam Box will be given a test run in the next three or four months. If it works well, that’d be good news for gamers, even if it puts the Piston in an even tighter spot.