A casual’s guide to console gaming

Now is a great time to be a gamer. Here's how to dive in. 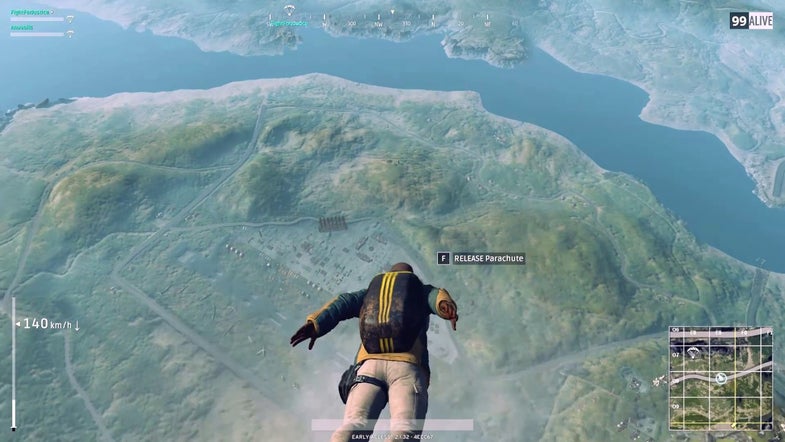 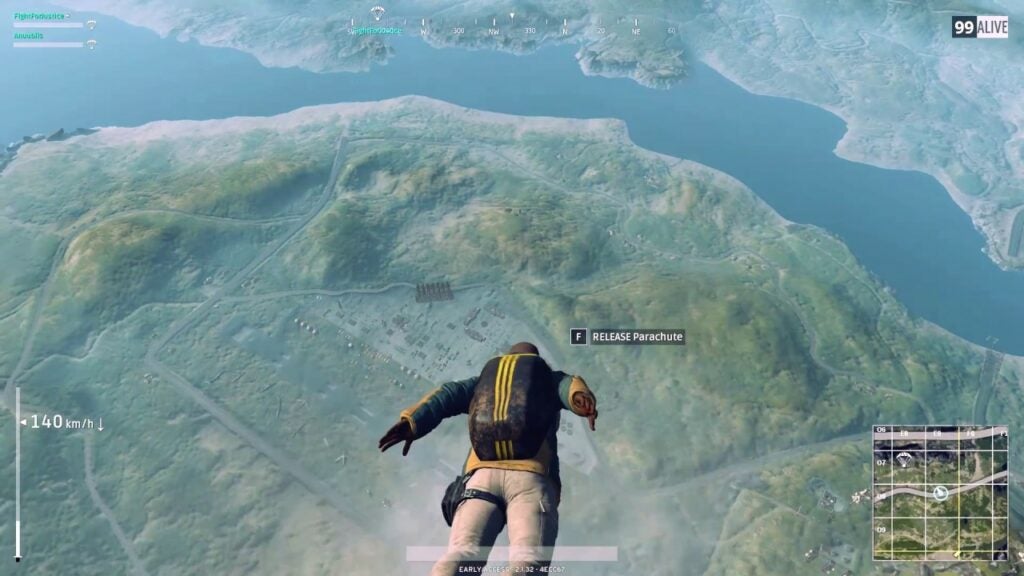 This is an artist’s depiction of you diving head-first into the world of console gaming.

The holidays are a great time for video games. Console makers drop the prices on their machines in hopes people will give them as gifts. Kids all the way up to college are on break, so online matches fire quickly. And all the great new games are out in the world. But navigating the landscape of console gaming can be tough, especially if the last time you bought a console was when the Nintendo 64 still reigned supreme. Here’s a rundown of the current console landscape as well as some game suggestions for each platform to help you blow those sweet holiday gift cards. 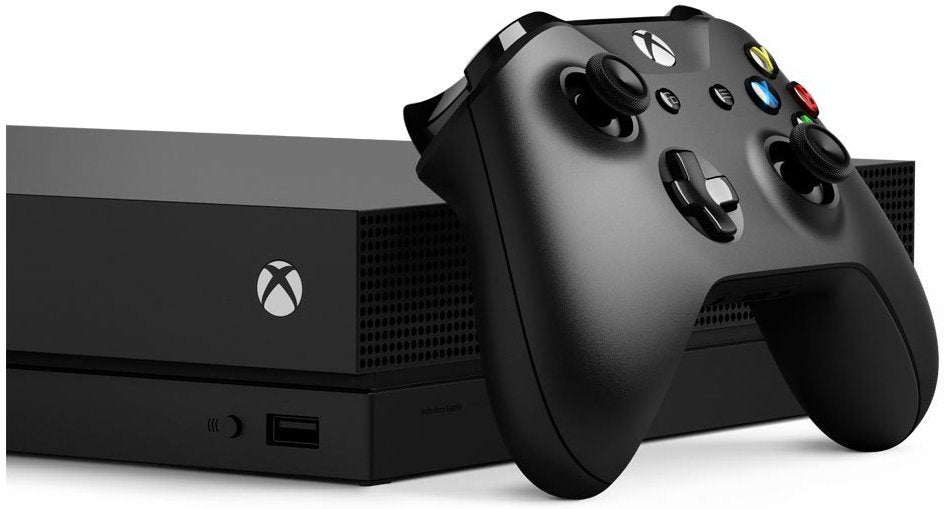 The $500 Xbox One X is the king of Microsoft’s console lineup.

Right now, you can choose between the Xbox One S and the super-high-end Xbox One X, which we reviewed here. For most people, the Xbox One S will be plenty of firepower, even if you have a fancy 4K TV with HDR, and at $200 (with a free game), it’s a lot cheaper than the $500 Xbox One X.

Upgrading to the X will get you some advantages, like maximum frame rates and graphic qualities on games that are optimized for the platform, as well as generally faster load times pretty much across the board. It’s important to note, though, that there won’t be specific Xbox One X games that won’t play on the One S. They just might not look as nice without the X’s extra horsepower. 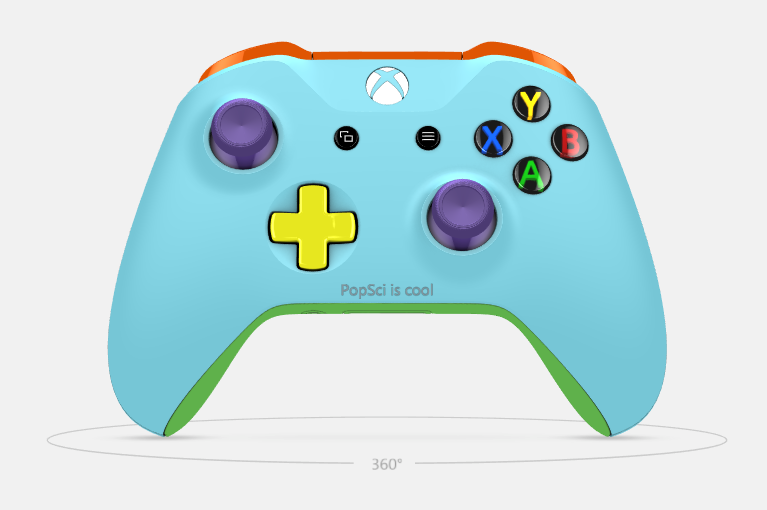 You can design your own controller in the Xbox Design Lab. You probably shouldn’t pick this colorway.

For $79, Microsoft Design Lab will let you craft your own Xbox One controller using a tool like the Nike ID custom shoe builder. It also offers an Elite controller, which costs $150, but offers sturdier construction, more customizable buttons, and adjustable height sticks to customize gameplay.

Xbox Live Gold will cost you $10 for each month or $60 for the year, and it’s pretty much a no-brainer if you’re going to use the system. In addition to access for online multiplayer games, you get free “Games with Gold” every month, as well as discounts on other Xbox purchases. 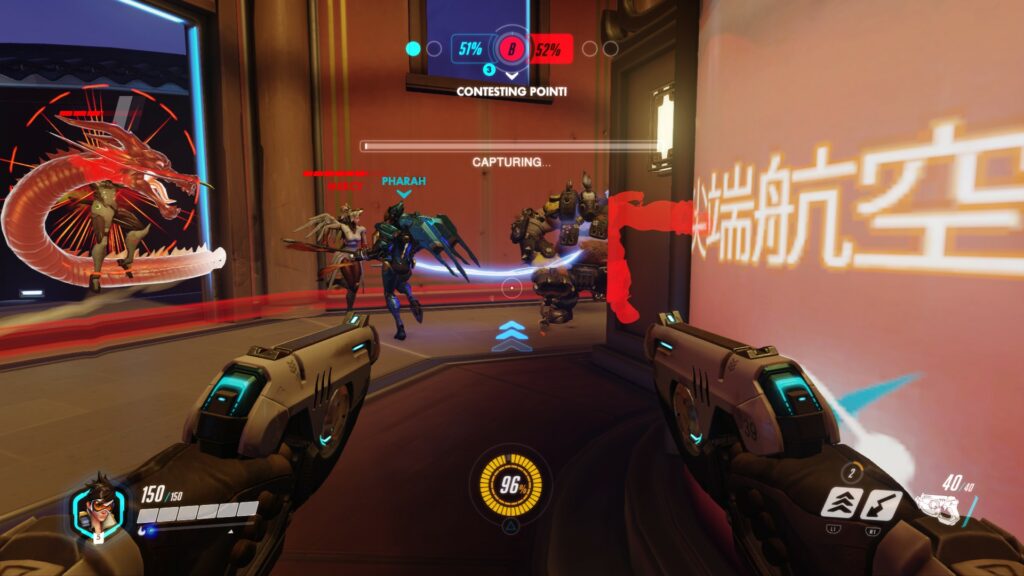 Overwatch is a team-based shooter that lets players choose the style that best suits their skills.

This team-based shooter was the breakout game of 2016, but it has been selling for half-price this holiday season, which has given the game a huge infusion of new players. It has endless replay value and a rotating assortment of special event types, including an adorable snowball fight mode, to keep things interesting.

This game built hype for years before finally debuting in the fall. Its combination of extremely unique, vintage cartoon-style graphics and insanely hard gameplay make it one of the most interesting titles of 2017. Just don’t be surprised if you rage quit more than once.

PUBG, as it’s often referred to, was an enormous success on PC, but Microsoft brought it over to the Xbox One. In the game, you and 39 other people parachute onto an abandoned island for a last-man-standing battle. Even if you’re not very good, it’s fun to explore the terrain until someone runs you over with a jeep.

The Forza franchise has long been a showpiece for the Xbox platform and the latest edition is no exception. Everything about it is beautiful, from the tracks to the cars, especially if you opt for an Xbox One X and you really want to show off what your fancy 4K TV can do. 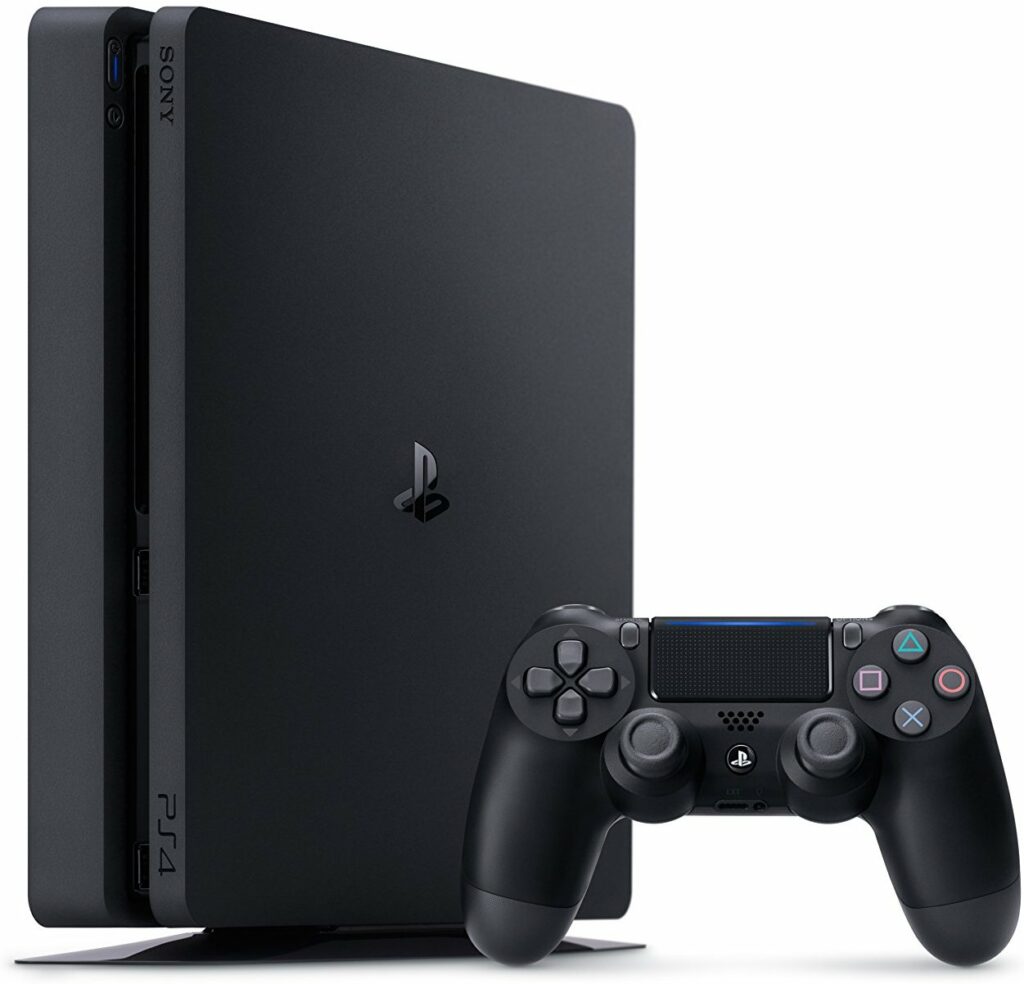 The PlayStation 4 has slimmed down from its original form.

You also have two options when it comes to Playstation 4 consoles. The standard PS4 recently got a tummy tuck, making it thinner and lighter than before. You can expect to pay about $250 with a game. The $400 Playstation 4 Pro, however, is what you’ll need if you want to squeeze out native 4K resolution from games and streaming content.

Like with the Xbox, both versions of the console play the same games, but the Pro will often give you an enhanced experience that’s faster and offers slicker graphics. 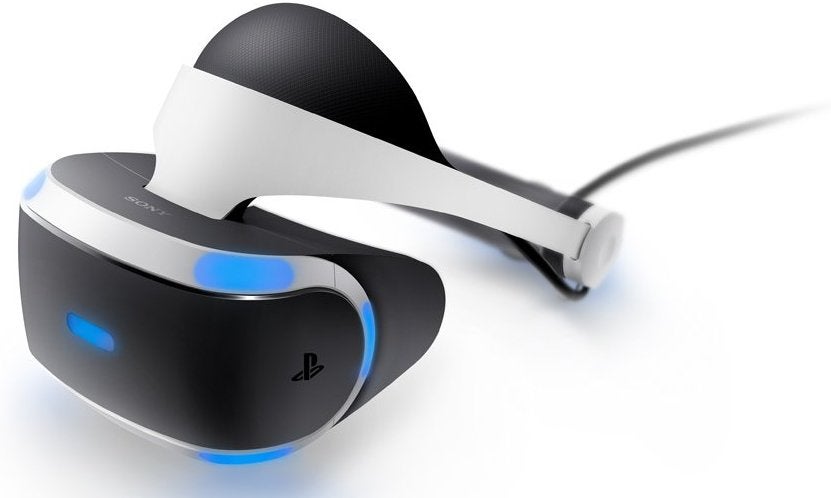 Trying playing Resident Evil 7 with this thing on and make sure your friends aren’t around to take video of you screaming in terror.

One big differentiator for the PS4 is that it supports virtual reality gameplay. The $199 headset provides a full-on VR experience that currently has more than 100 games in its lineup. Certainly not all of them are winners, but this is something that Xbox doesn’t currently offer at all.

The PlayStation Network has a free version, but you’ll need a PlayStation Plus account for $10 monthly or $60 yearly if you want to get full access to online play for every title. That subscription, however, does get you a couple free games a month as well as more exclusive offers like discounts on games and other media.

This game made our Best of What’s New list for 2017 for its efforts to take advantage of the PS4 Pro’s extra processing power. It’s a beautiful, open-world game in which you hunt dinosaurs. Do you really need more of a sales pitch than that?

This open-world game sucked up hundreds of hours on regular consoles, and now you can play it in virtual reality. It’s not perfect, but it’s an entirely different, and fascinating experience.

If you’re not looking for games exclusive to your platform, there were some big-name titles this year that are worth your time.

Even if you’re not a tried-and-true gamer, you probably know the deal with the Assassin’s Creed series by now. It’s a beautiful, parkour-filled adventure with a heap of missions to slash-and-dive through.

If you’re looking for a standard shooter, Destiny 2 has you covered. The game had its troubles, but it also faced extremely high expectations after the success of the first game. Expect to die a lot as you learn to play.

This classic franchise has been killing Nazis for decades now and the latest edition is no exception.

Looking for something to play in the dark and keep you up at night? RE7 is creepier than ever.

It was a tumultuous year for comic book heroes with movies and video games of varying success, but this high-profile sequel is a good way to virtually take out your frustrations on Batman and Superman for that train wreck of a movie last year. 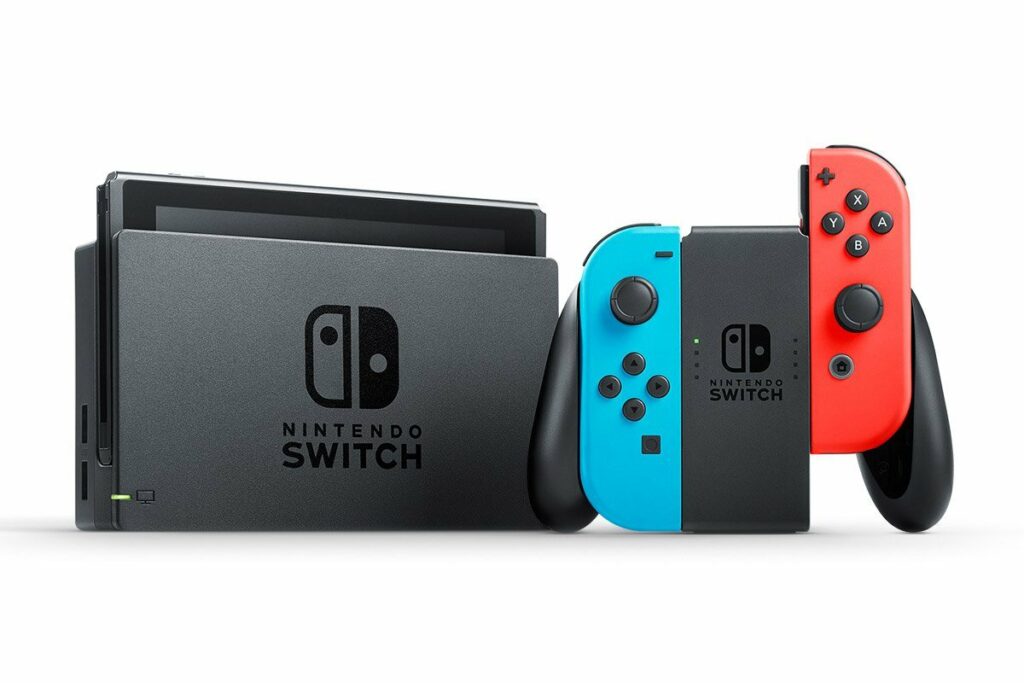 It was a good year for Nintendo.

The Switch is different than the other consoles in that it’s really two machines in one. The portable 7-inch touchscreen makes it into a full-on mobile gaming system in addition to a traditional console. The trickiest part of buying a Switch is actually finding any of them in stock. There’s no “pro” version of the Switch, so $300 gets you a system in black or the more colorful red and blue.

If you want to rope more people in on the gameplay fun, you’ll probably want an extra set of Joy-Con controllers which will set you back $80. For precision playing, you might also want the more standard layout of the Switch Pro controller, which will run you $70. A screen protector is also a good idea if you plan on bringing the Switch’s portable display around with you.

Right now, Switch’s online components are free, but a paid system is coming in 2018, at which point you’ll need to pony up some cash to continue playing online. Something to consider if online play is important to you.

The Legend of Zelda: Breath of the Wild

You’d be hard-pressed to name a better game to come out in 2017 than the latest in the Zelda series. Everything from the visuals to the combat appeal to gamers at every level from filthy casuals to die-hards.

An Italian plumber takes his magical hat into the world and adorable chaos ensues. it’s weird and wonderful, with tons of replay value.

Nintendo took shooting games and made them cute with the original Splatoon and the follow up continues the tradition of colorful chaos.

One of the first games to really show off the Switch’s capabilities is a clever fighting game that goes beyond simple punches and kicks.