Will Ouya, The Hackable Game Console, Let You Pirate Games?

It was recently announced that developers would be making emulators, which let you run retro games, for Ouya. But where are those games coming from? 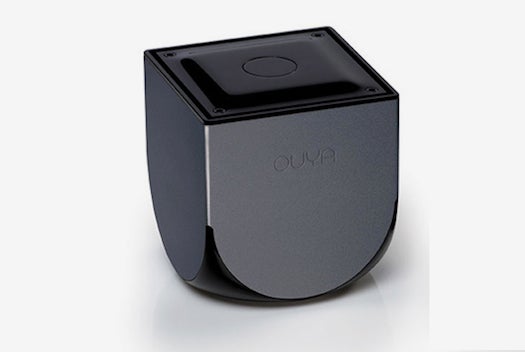 Ouya might be one of the biggest gadget-funding success stories in recent memory. A Kickstarter raised almost $8.6 million for the Android-based console, and it’s shipping to those backers this week. The idea is to create an “open” platform, where anyone who wants to build a game can, unlike in the AAA world of PlayStation and Xbox. The question now: What are the limits of what can be played on it?

There are a few interesting titles being released at launch on Thursday, but an experimental console with a dearth of brand power will need more than just a few good titles to draw people in. On its forum, Ouya recently announced that developers will be able to bring emulators to the console. Emulators are software that can be used to play games on hardware they weren’t intended for. Want to relive the glory days of Super Mario on your phone? Play a round of Street Fighter II through Ouya? No problem. Note:

The problem is, even though it’s easy enough to find emulators, downloading the game files, called ROMS, wanders into some tricky legal territory. Nintendo would much rather you shop and download (and pay for) Zelda on the Wii U than do it through a shady website on your PC.

Ouya told Kotaku that they will only accept emulation software, not ROMs, through the Ouya store. To submit games, developers need to show proof of intellectual property rights. But the emulations coming to the console are definitely intended to play games for IPs they don’t have: EMUya, a popular NES emulator, should be available Thursday, and SuperGNES, a Super Nintendo emulator, is coming, too.

That doesn’t put Ouya in any legal trouble beyond what Google Play, which is full of emulators, would presumably be in already: they might be providing a platform and the software, but going beyond the law and downloading the copyrighted games themselves? That, at least technically, is a decision Ouya users would make on their own.