Xbox One S: Here’s What We Think 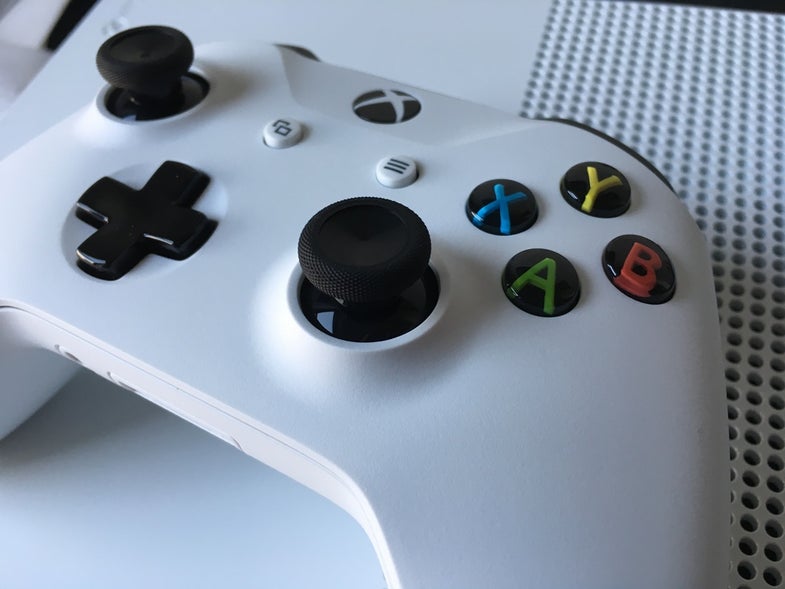 The Xbox One has shed some pounds. Here's what we think of the Xbox One S. Xavier Harding
SHARE

Microsoft’s Xbox 360 game console dominated the 2005-2013 generation of game consoles. Selling nearly 100 million consoles worldwide and showing Nintendo and Sony exactly how online play should work, the 360 was a runaway success. The sequel to Microsoft’s 360, the Xbox One, not so much. A troubled product launch coupled with a console that was $100 more expensive than the Playstation 4 was just enough to give Sony’s PS4 an early lead—even if Microsoft’s packed-in Kinect camera provided more futuristic features one would expect in the mid 2010’s. Now, mid-generation, Microsoft is looking to snag back some of its share of the gaming market with the updated Xbox One S. 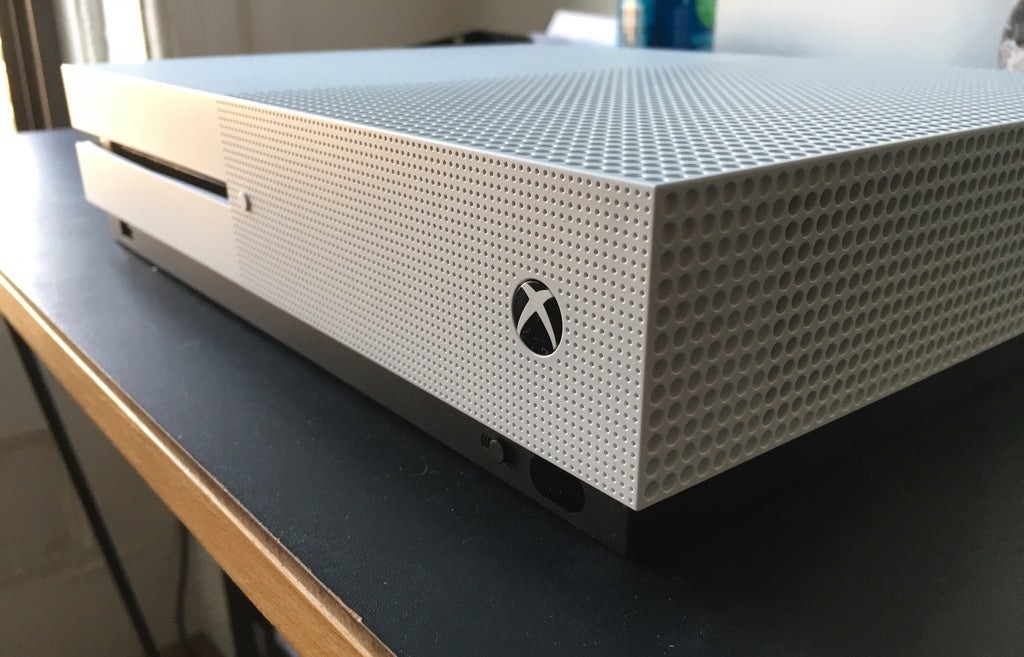 The Xbox swiss cheese design has holes all over the system

The Xbox One S is the smallest Xbox there’s ever been. The mostly white console now looks much slimmer and more modern compared to the VCR-looking original Xbox One. While it appears that most of the machine is covered in speaker grille holes, the actual sound comes out of a 5-inch diameter hole on the top. Or side, now that the console can be stood upright.

Even though the original looked more like it should be hidden behind the TV, the new console begs to be displayed. The Xbox One S overall look is now on par with the PS4’s. Whereas the Playstation appears to be the Darth Vader looming over your media center, the Xbox One S more resembles a Stormtrooper. But like the Sony offering (and unlike Nintendo’s Wii U), the new Xbox One S eschews the use of an external power brick—all that’s needed is a cord that goes into the wall. 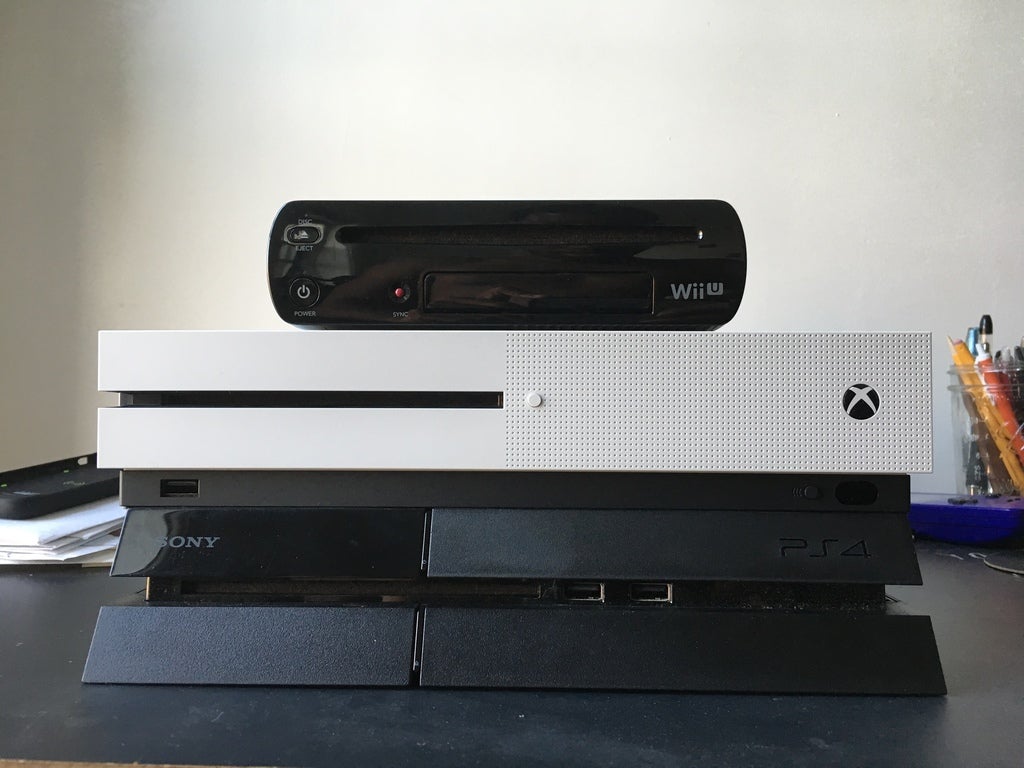 The Xbox One is now on par, size-wise, with its competition

The Xbox One S, however, is more than just a simple paint-job. The console has a little something extra for owners of televisions that support 4K or HDR.

Microsoft’s flagship gaming console now supports the ultra-high resolution 4K. So, if your TV goes beyond 1080p to push even more pixels, games will now grant players a clearer picture on a bigger screen. 4K Blu-Rays discs are now supported, meaning movies and television get the higher pixel count. While games won’t be upgraded to 4K, they will be upscaled. So if you simply want a 4K Blu-Ray movie machine, the Xbox One S is similarly priced to other players that don’t play Xbox games. More on price later.

Games will receive, however, support for HDR (or High Dynamic Range imaging), will make sure onscreen colors pop. Lighter whites and richer blacks on your HDR television set mean the Xbox One S will offer a visual improvement if you have the proper TV. If you plan on buying a 4K or HDR television set, the Xbox One S may be the obvious console choice, as neither the Playstation 4 and Wii U support neither 4K video or HDR gaming.

The Xbox One S thankfully still can make use of the Kinect. While not included, the Kinect is supported but requires this adapter. And a USB port can now be located on the front. Not that you can charge the new Xbox One S controller out of the box, or anything… 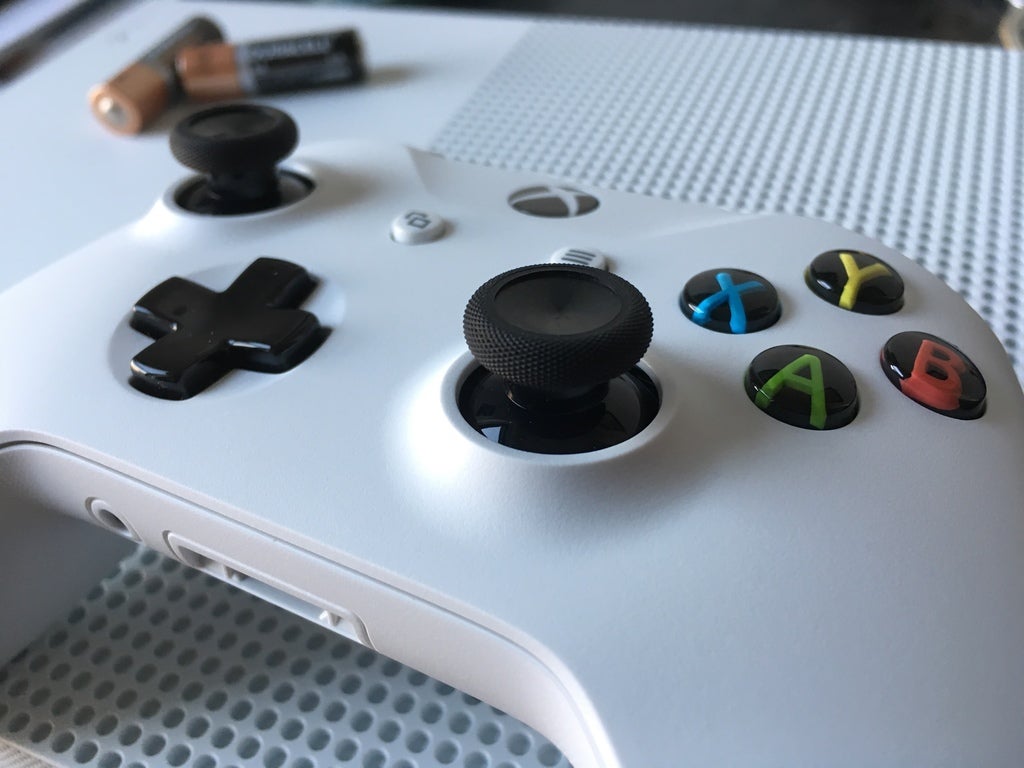 The Xbox One’s controller has been redesigned to more closely resemble the facelift that the console line has received with this One S console release. Textured grips and an all white look, with subtle hints of black, perfectly match the console. And the gamepad is comfortable: thumb sticks and triggers all feel perfectly molded to the hand. This is why it’s so disappointing that the Xbox One S controller requires double-A batteries.

Less disheartening: the Xbox One S controller makes use of bluetooth. Meaning you can sit further away from the console and wirelessly play and even connect your controller easily to your PC. And the Xbox design lab feature, allowing deeper customization of the controller, is reminiscent of Nintendo’s colorful Game Boy line — something other console manufacturers should adopt. 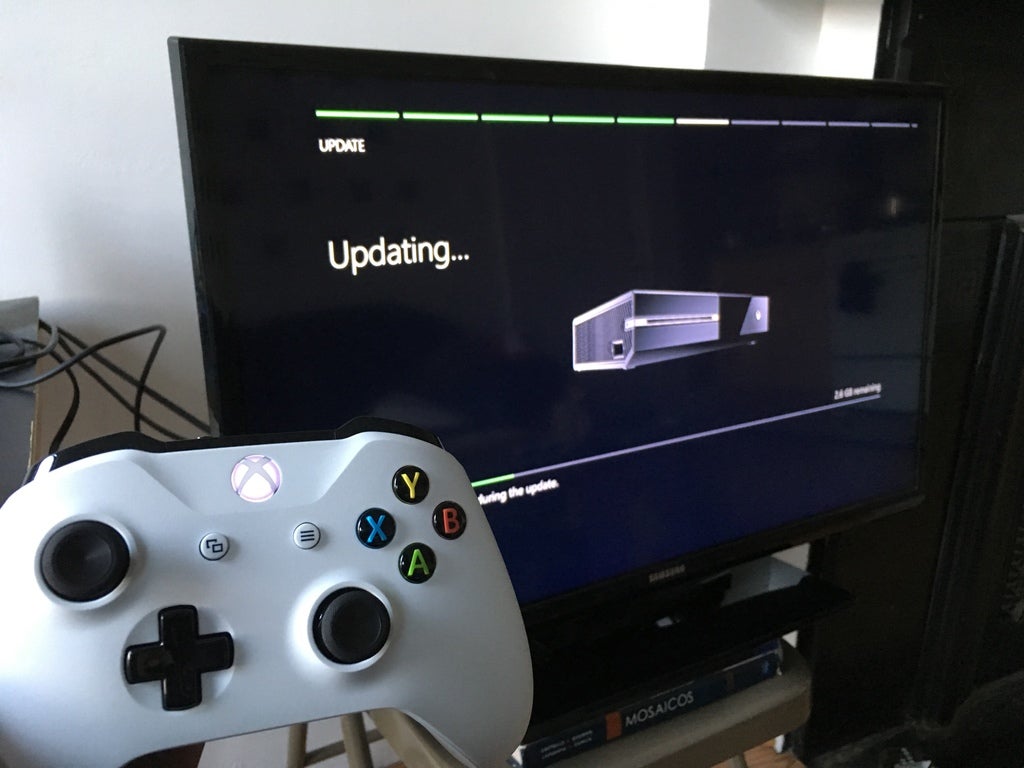 Xbox’s newfound ability to showcase 4K video and HDR gaming content should seal the deal for many console-buyers. But certain parts of the Xbox One experience felt unchanged.

While navigating menus happened at a timely pace, I expected things to flow smoother and load quicker. Loading a Blu-Ray DVD using the app (which interestingly isn’t included, but is available at no cost) resulted in a crash on the first attempt, but worked thereafter.

Nothing, while using the Xbox, proved to be a deal-breaker. However, I couldn’t immediately tell that the One S includes a faster CPU and GPU. It may be some time before gamers see the pronounced effects of this.

The Xbox One S will cost $399.99 at launch for the 2TB-sized console. Following the initial launch size, a 500GB and 1TB version of the console will make their way to market. Those will cost $349 and $299, respectively.

For those who own a television that is either 4K, supports HDR, or both, the choice between Xbox One and One S is simple: go with the latter. Support for higher-definition television standards make the Xbox One S a clear choice for gamers with souped-up media centers. The choice becomes tougher for those who don’t. If you have a 1080p television without HDR, should you go with the cheaper, older Xbox One?

For the sake of future-proofing, I would still go with the Xbox One S. The faster processor may not have an effect now, but games that come out later could take advantage of the beefier specs. And while nothing has been announced by Microsoft, support for the One S will likely last longer than for the original Xbox One. And if you’re set on having a media station look well designed, the Xbox One S looks far better than its predecessor.

Though if you’re buying an Xbox One and don’t consider yourself a hardcore gamer who needs the latest thing available, the original still pumps out a high-def picture and plays all the same games. Just don’t expect either model to come with a rechargeable controller.