Sony made plenty of announcements at its E3 press conference in Los Angeles, but the big news: the PlayStation 4 is a real thing that actually exists! We saw it. Someone even held it. Let's examine. 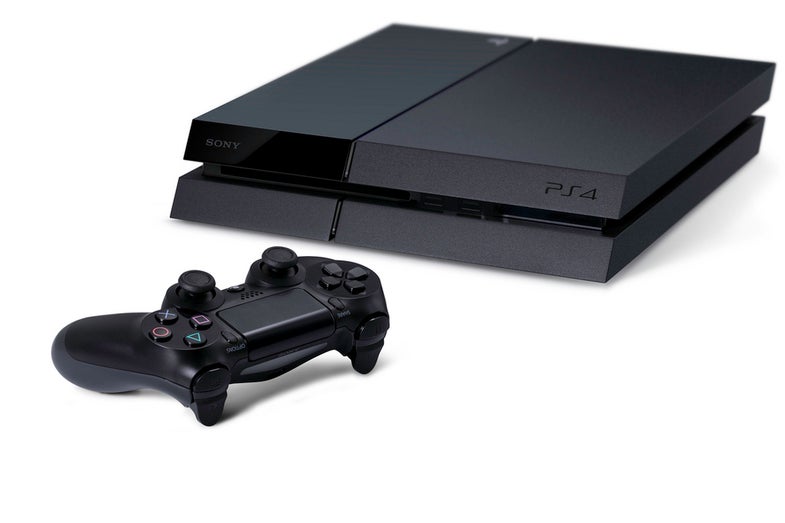 We only got a flash of the PS4 at the event, but as far as we can see, it’s in a similar vein to the PS3 (and, for that matter, the Xbox One)–a little squarer, maybe, but other than that, you wouldn’t bat an eye if someone had it in front of their TV. It’s pretty subtle, like the Xbox One appears to be: more of a machine that melts into your living room than a show piece. That left plenty of room for Sony to plug…

Sony devoted a considerable amount of time to explaining the programs you’ll be getting if you decide to invest in a new console. Streaming gaming is coming sometime in 2014, and PlayStation is planning some kind of vague partnership with Sony Pictures, presumably giving them an option to stream exclusive movies. Sony also made a point of mentioning that Flixster, a movie app, and Redbox Instant, another movie app, will be there. Could be a respond to Microsoft’s play for Living Room Domination, though they’ll have a tough time competing with a company that’s going all-in on entertainment.

One other way Sony made a point of sticking it to Xbox One: by saying bluntly that there will be no restrictions on used games, in opposition to Microsoft, which drew some ire from hardcore gamers for its unfriendly policy toward used games. This was even starker when an announcer went on to explicitly say the PS4 won’t require an internet connection, which the Xbox One kinda-sorta does. 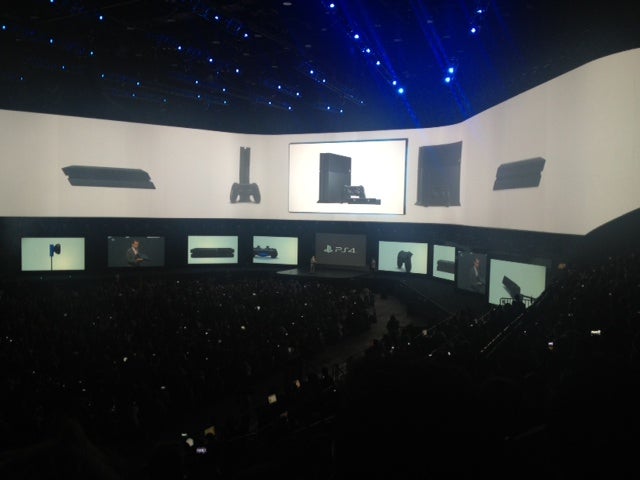 Live From the Sony PlayStation 4 Event

We got a mix of the familiar and not-so-familiar, game-wise, for the PS4. There was another look at the Killzone sequel Sony put stock in at its last event, as well as some more footage from the sequel to the superhero-style Infamous franchise: Second Son.

Some kind of weird meta-commentary game about sorcery games called, natch, The Dark Sorcerer, made an appearance–not sure what it is, exactly, since the teaser had a “Game of Thrones”-style wizard-type giving a big portentous speech before it’s revealed he’s actually an actor on a soundstage. So, um, what the heck is this game? The studio behind indie favorite Bastion announced a neon sci-fi adventure called Transistor. In fact, the indies got a lot of love: the dark Don’t Starve is planned, along with a sequel to the funny, poignant Octodad.

But there were plenty of blockbusters, too. There are new Final Fantasy games coming, making, like, 20-plus games in the franchise. There’s also another sequel to the cultishly loved Kingdom Hearts, a Japanese-style RPG with, uh, Disney characters. Yeah, we know, it would have to be a cult favorite. There a new NBA 2K game and a game that appeared to be in a Mad Max style, which turned out to be… a Mad Max game (what year is it???.) Sony also seems to be relying on the very Halo-like game Destiny to be a hit, much like Microsoft relies on the actual Halo.

Still going to be available, vaguely, this “holiday season.” Pricing is apparently undercutting Xbox: the console will run for $399, 399 euros, or 349 pounds, depending on location. So if you’re in the U.S., 100 bucks less than the Xbox One, though the Xbox comes with a next-gen Kinect (which not everyone may want!). We’ll see come Christmas time if that price difference matters for consumers.