Microsoft wants you to know what the Twittersphere thinks of your favorite TV show -- while you’re watching it. 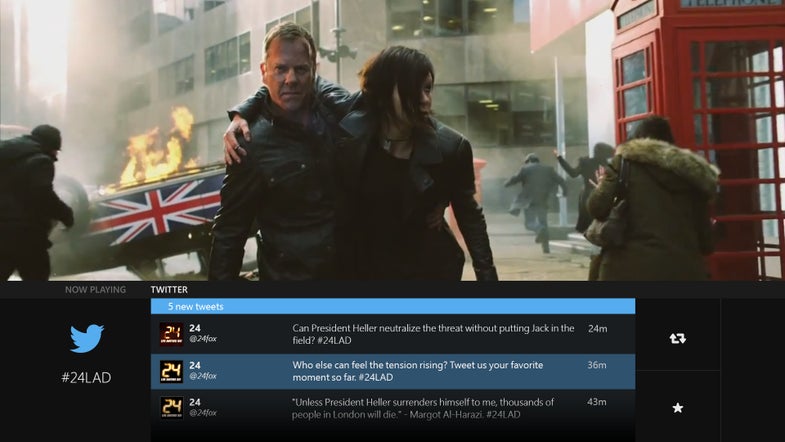 We’ve all done it: you watch the star of your favorite television show do something stupid in the new episode and you can’t stop yourself from shouting at the screen, “Come on! She wouldn’t do that!” Well, Microsoft is providing an easy way to really get that message out there.

In Xbox One‘s newest software updates, which roll out in November, the gaming console’s television functions will be integrated with Twitter. This means you can watch a show on the top portion of the screen and simultaneously send out tweets in the “Snap” sidebar. An optional bottom pane will show tweets that are tied to whatever TV series is being played.

An obvious use will be to enable fans to converse more easily during a television show’s broadcast. People can yell about poorly written plot points, discuss theories for a mystery, or just applaud a particularly witty line from a sitcom. A TV series lives or dies on how big the ratings for the show are. Building up an invested fanbase on social media is one way for shows to grow and survive to another season.

But integrating TV and Twitter will have a larger impact on the news. Imagine being able to read everyone’s reaction in real-time as national news breaks. You could read live reports on a natural disaster from people who are actually there, see instant reactions to political debates, or even monitor the backlash of a celebrity’s faux pas. Reading such tweets adds a human and emotional component to the litany of happenings in the world.

And what would happen if television producers take notice of these features? Some news shows already pander to Twitter users, posing questions and discussing on-air some of the answers tweeted back. Such segments could become fully integrated on 24-hour cable news. And with live events like disasters, car chases, political debates, news outlets would not even have to ask for online responses, they could just grab those that are already being tweeted out.

As for dramas, sitcoms, and other televised fiction, there could be more fostering of a community discussing the surprises and mysteries in a show. Think of the fanatical Lost fanbase from years ago, but amped up by sharing theories about the show’s riddles live while it airs. Of course, that could also mean live Game of Thrones spoilers, with book readers announcing what will happen on the show moments before it does. That would take trolling to a whole new level. Would television studios find ways to fight that? Would they ask Microsoft to filter out spoiler tweets?

The updates will also show users what the Twittersphere is watching at that moment. Thus, you can tune in to become part of the conversation.

Xbox’s senior director, Lisa Gurry, says, “With these added features, we’re making it easy for our fans to discover new shows to love.” 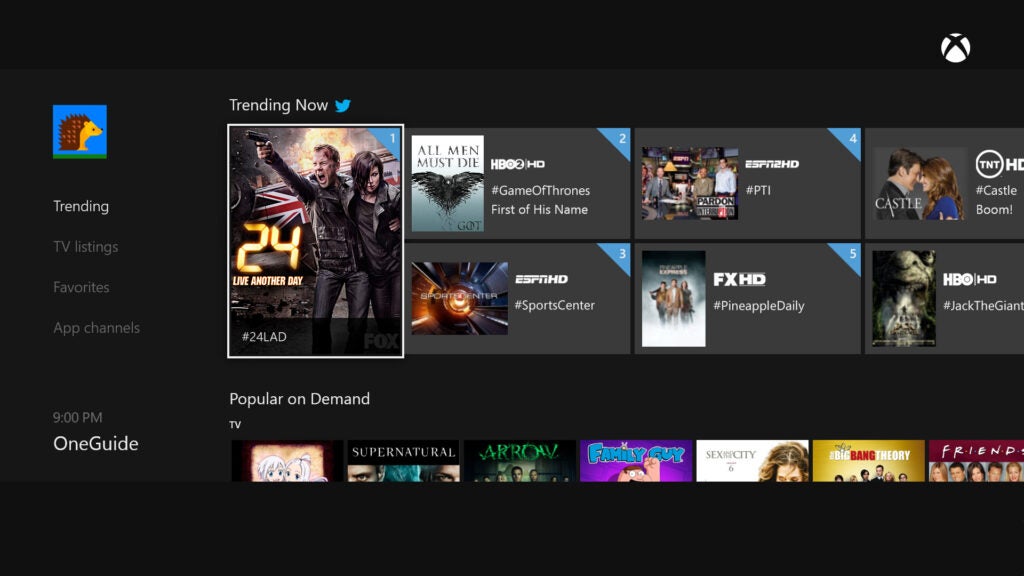 Don’t know what to watch? Xbox One users will soon able to see what shows are trending on Twitter.
microsoft
twitter