Between the US, the Netherlands, and the Czech Republic, Ukraine will add 90 "refurbished" tanks to its arsenal. 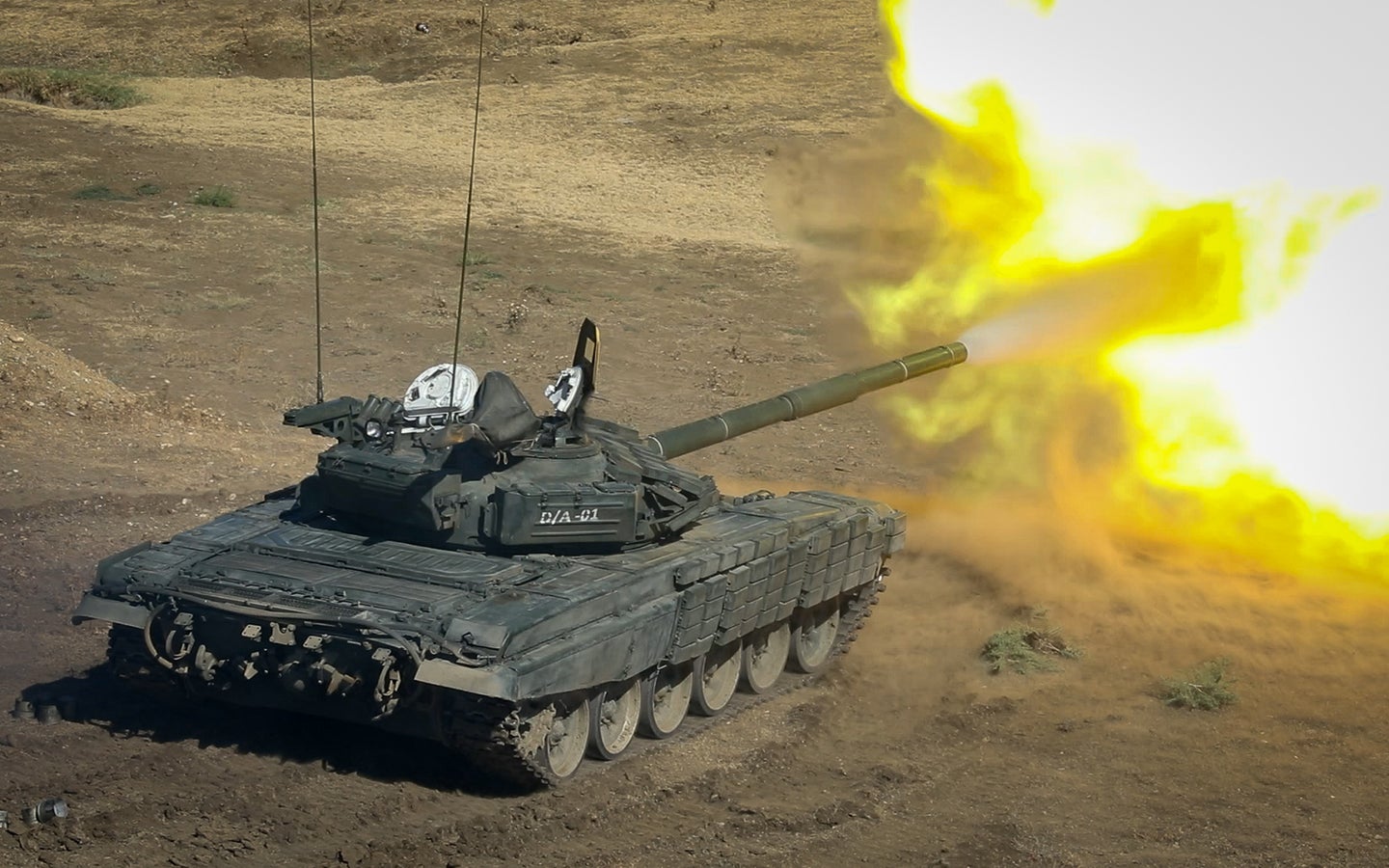 A T-72 tank in the nation of Georgia conducts a demonstration. US Army / Thomas Mort
SHARE

On November 4, the Department of Defense announced a $400 million package of aid and weapons for Ukraine. This latest installment joins a long list of previous aid to the country as it continues its fight against Russian forces, which invaded Ukraine in February. The shape of the war is reflected in the aid sent, which in this package includes funding for anti-air missiles, river boats, and armored vehicles. But what is most striking about this latest aid package is the juxtaposition of both vintage and modern weapons: among them are refurbished T-72B tanks, a design that is decades old, and 1,100 new Phoenix Ghost Tactical Unmanned Aerial Systems.

The package, the announcement states, is designed to support Ukraine “by meeting their most urgent needs, while also building the capacity of Ukraine’s Armed Forces to defend its sovereignty over the long term.”

Some of the $400 million is going to funding for training, maintenance, and sustainment, ways that the Ukrainian forces can keep fighting at a professional level. It’s also important for incorporating a range of modern and older equipment into one effective military force.

Here’s what to know about both the old and new tech that’s going to Ukraine.

Two of the systems included in the package are, at least in origin, decades old. Included is funding to refurbish old HAWK missiles so the US can deliver them to Ukraine in the future. HAWK missiles were first developed by the US in the 1950s, and deployed in the 1960s, with upgraded versions introduced in the 1970s and 1990s. The missile was named after the bird first, before retroactively getting the acronym “Homing All the Way Killer”

While their role in the US military has been supplanted by Patriot surface-to-air missiles, HAWK missiles can reach altitudes twice that of human-portable anti-air missiles like the Stinger or Strela, and fly nearly ten times as far, hitting planes as far away as 25 miles. Spain has already sent HAWK missiles and launchers to Ukraine, so the US announcement will expand the inventory of missiles.

Also included in the package are T-72B tanks, a Soviet design whose base T-72 model was first prototyped in 1968. T-72s entered production in 1972, with the B model first produced in 1986. This is a main battle tank, one of three lines maintained and produced by the USSR, with a 125mm gun designed to destroy the armored vehicles of NATO in any war in Europe. What sets the T-72B apart from other variants is especially thick turret armor, as well as a better engine. In addition, the tanks have a laser designator and can fire laser-guided rounds from the main gun, though this was designed as an option rather than the default.

Because the T-72B is a Soviet design, the vehicles designated for Ukraine will come from a former Soviet stockpile, in this case the Czech Republic. The announcement notes that these tanks will be refurbished with “advanced optics, communications, and armor packages.” A separate announcement of the deal says that the United States and the Netherlands are partnering with the Czech Republic for the refurbishment. The first of these tanks are expected for delivery to Ukraine in December 2022, with more to come in 2023.

The war in Ukraine is being fought with legacy systems from decades of Cold War buildup, and it is also being fought with new and modern tools, some of which specifically debuted in this war. The Phoenix Ghost, announced in April, is a self-detonating drone. These kinds of weapons have seen prolific use on Ukrainian battlefields, along with US-made Switchblade systems already in use.

When Phoenix Ghost was first announced, it was as a delivery of 121 of the systems. This latest announcement is an order of magnitude larger, at 1,100. These weapons fit in the increasingly crowded low skies above Ukraine, where quadcopter scouts and small remotely piloted missiles give soldiers on foot better information and greater reach.

A toolbox of tech

The package is best seen as not a hodgepodge of old and new tech, but a coherent picture of what a modern military, at war for months against a similarly equipped foe, needs to win battles and fronts. The tanks in the announcement are listed alongside M117 armored wheeled vehicles, which allow soldiers to fight and move on routes with unexploded bombs or hidden landmines. The Armored Riverine Boats will help forces move and fight on the waterways of the country, of which none is likely more important than the Dnipro that runs through both Kyiv and Kherson.

This will all be coordinated with new communications, soon to be under the watchful protection of anti-air missiles, and with new drone-based weapons hitting gaps in defensive lines. War is a combined arms affair, and all of the items in the November 4 package offer tools for Ukraine to break out from the static artillery duels that can hold fronts in place.