B-52 Bombers To Get Longer-Range Cruise Missiles 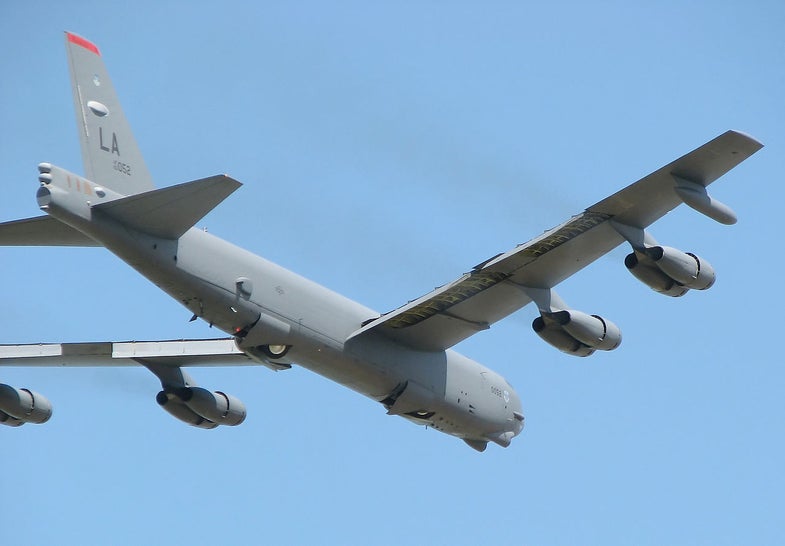 More than half of Americans living today weren’t born yet when the last B-52 Stratofortress bomber was delivered to the United States Air Force in 1962. The venerable bomber, in service for 53 years and counting, has fought in every major American war from Vietnam to the War on Terror. Now, a new cruise missile from defense giant Lockheed Martin means the ancient warbird has a new tool for the next stage of its life.

The missile in question is Lockheed Martin’s Joint Air-to-Surface Standoff Weapon, whose acronym (JASSM), sounds like a schoolyard term for a topic covered in health class. JASSM is made to work with all American bombers and several fighters, including the B-1, B-2, B-52, as well as the F-16 and F-15, and in the future, Lockheed plans to have a version that works with their F-35. In October, Lockheed announced that they’d received a $305 million contract to supply an extended-range version of the missile to the Air Force. Today, Flight Global confirmed with Lockheed that “the B-52 will be updated to carry the turbofan engine-powered cruise missile internally on a new digitised rotary launcher and externally on its pylons”.

The 2,000-pound JASSM uses infrared and a jam-resistant GPS receiver to find its way to targets. Half of the missile is a 1,000-pound payload, designed to penetrate fortified targets, and the JASSM cruises to its targets with its own jet engine. The original missile could travel about 200 miles, but the extended-range version (JASSM-ER) can hit targets at least 500 miles away. That range is what makes them so attractive for the B-52; while the plane still flies fine, it’s not in the least bit stealthy and anti-air defenses have improved dramatically since the Stratofortress was designed in the 1950s. Hitting targets an extra 300 miles further away than previously available keeps the B-52 in the fight, making the aging fleet a valuable Pentagon tool for years to come.

How long could that last? The Department of Defense thinks that the airframes themselves can last until at least 2040, meaning the Stratofortress may fly for another 25 years yet.

Watch a B-52 release a regular JASSM missile in testing below: