Check out the futuristic turrets US tanks might sport

Armored vehicles could someday have more powerful guns, plus German-engineered turrets that can automatically track targets. 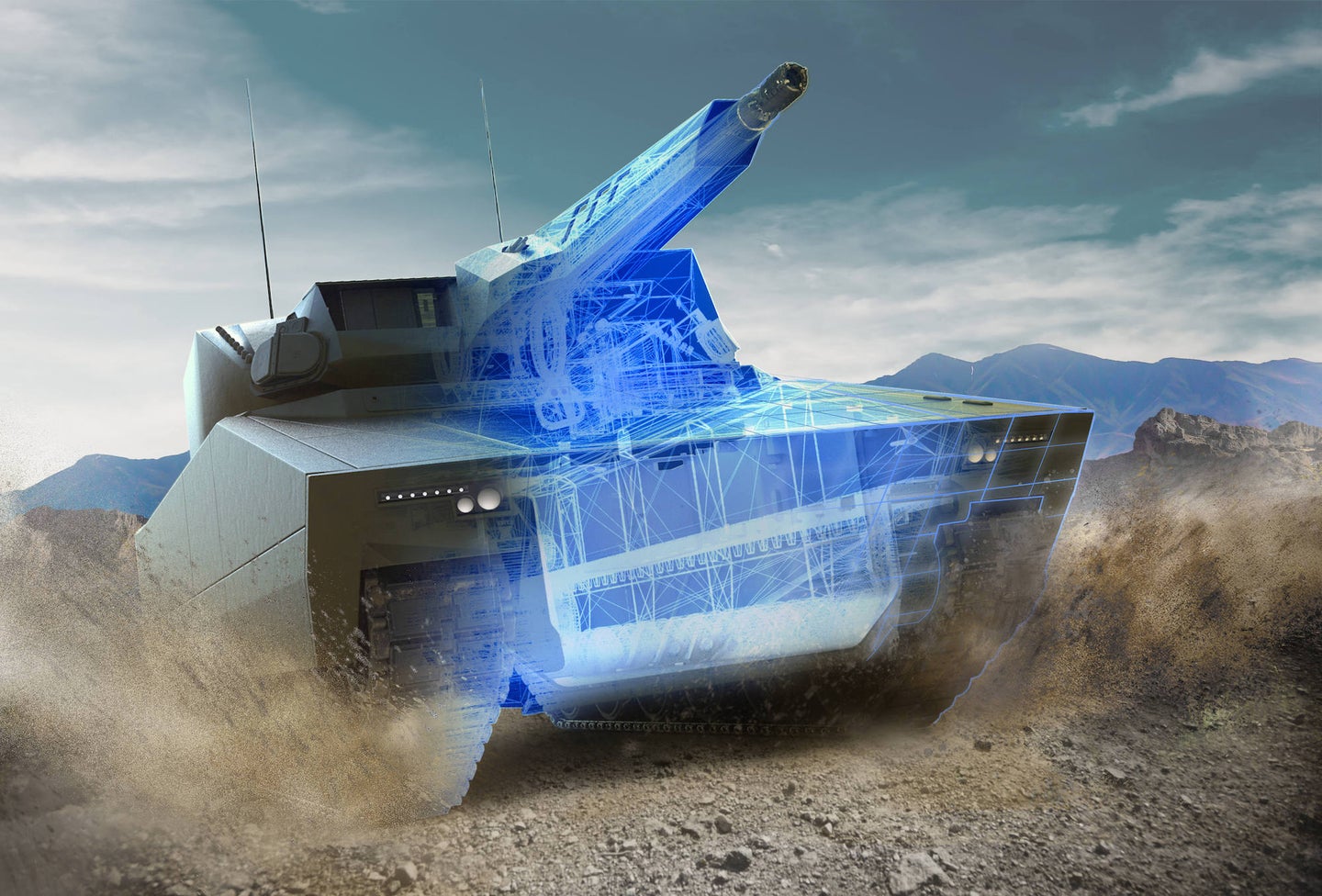 In the next decade, when the US Army goes to war, its tanks might have German-engineered turrets capable of autonomously finding and tracking targets. On August 26, German defense giant Rheinmetall signed an agreement with the US Army’s Development Command to collaborate on vehicle weapons, fire control, and ammunition.

Rheinmetall already makes a range of vehicles, including tanks. It also produces tank-like vehicles, such as the turreted and wheeled Boxer armored troop transport, or the tracked but turretless Armored Recovery Vehicles.

The immediate goal of Rheinmetall’s new contract, as reported by Shepard News, is figuring out a way to mount a 50mm heavy chain gun on the Army’s future Optionally Manned Fighting Vehicle (OMFV), which several companies are competing to make. The OMFV is tank-like and designed to be both human-crewed and sometimes fully robotic.

Presently, armored fighting vehicles—which are like tanks, but smaller, and sometimes have human passengers—feature 25mm chain guns as the heavy weapon in their turrets. This kind of weapon is useful for fighting other lightly armored vehicles and against helicopters, though it lacks the full stopping power of a main tank cannon.

Switching to the 50mm gun means doubling the effective range of a fighting vehicle’s main weapon. With both high explosive and armor piercing options, that gun can fight both masses of people, formations of light vehicles, or even threaten heavier armor.

This 50mm gun was first delivered to the Army in September 2020, and it has yet to be mounted on any armored vehicle. By bringing in Rheinmetall and attaching the future of the gun to the future of the OMFC, the Army could bypass the tricky problems of retrofitting an existing machine with a new heavy weapon, and instead mount it on a vehicle built around the gun.

[Related: The most significant security innovations of 2020]

To understand what Rheinmetall’s turret for the OMFV might look like, consider the new Natter 7.62 turret, announced by Rheinmetall on August 17. This gun turret, with a polygon-faceted casing that makes it look like a weapon from the Halo series of games, is a proper remote-control weapon station. Stations like these include a gun, the machinery to pivot and swivel that gun, an array of sensors to find, track, and adjust to moving targets, and the actual control station that sits in human hands.

As presently designed, the Natter can accommodate a range of machine guns and heavy weapons using both NATO 5.56 and NATO 7.62 ammunition. These are bullets most effective against people and light vehicles, like commercial trucks with weapons mounted in the back.

The Natter’s sensors include an infrared camera, two cameras, and a laser range finder. Combined with onboard image processing, one of the visual light cameras can detect movement at distances of nearly 8 miles, can discern some information at over 3 miles, and can attempt to identify the moving object at a range of 1.6  miles.

Battle is messy, full of immediate and conflicting information, and correctly identifying and tracking threats is an essential part to surviving. Autonomous features, here described as aiding the human ability to aim and track an enemy, shift the burden of seeing and tracking threats from human eyes to cameras and computers. The brochure notes a “high first-hit probability,” which is the exact sort of trait a soldier or a commander wants in a weapon. The best defense in a coming firefight is always shooting the enemy first, and then getting out of the way of return fire.

With its new Army contract, Rheinmetall may end up incorporating Natter turrets on existing Army vehicles, semi-autonomous features and all.

Reducing the number of humans needed to tend a gun turret, in person or in the vehicle at all, could let the OMFV play a role on future battlefields as a dedicated vehicle hunter, punching above its weight. Incorporating autonomous features, like those already present in existing Rheinmetall turrets, will reduce the human burden on managing fighting.

Taken together, these developments suggest a future where human-crewed and human-overseen robot tanks roll into battle together, autonomously finding and identifying targets for soldiers to fire upon.

Watch a video of the Natter 7.62 turret below: