The term should be left in the past. Here's why. 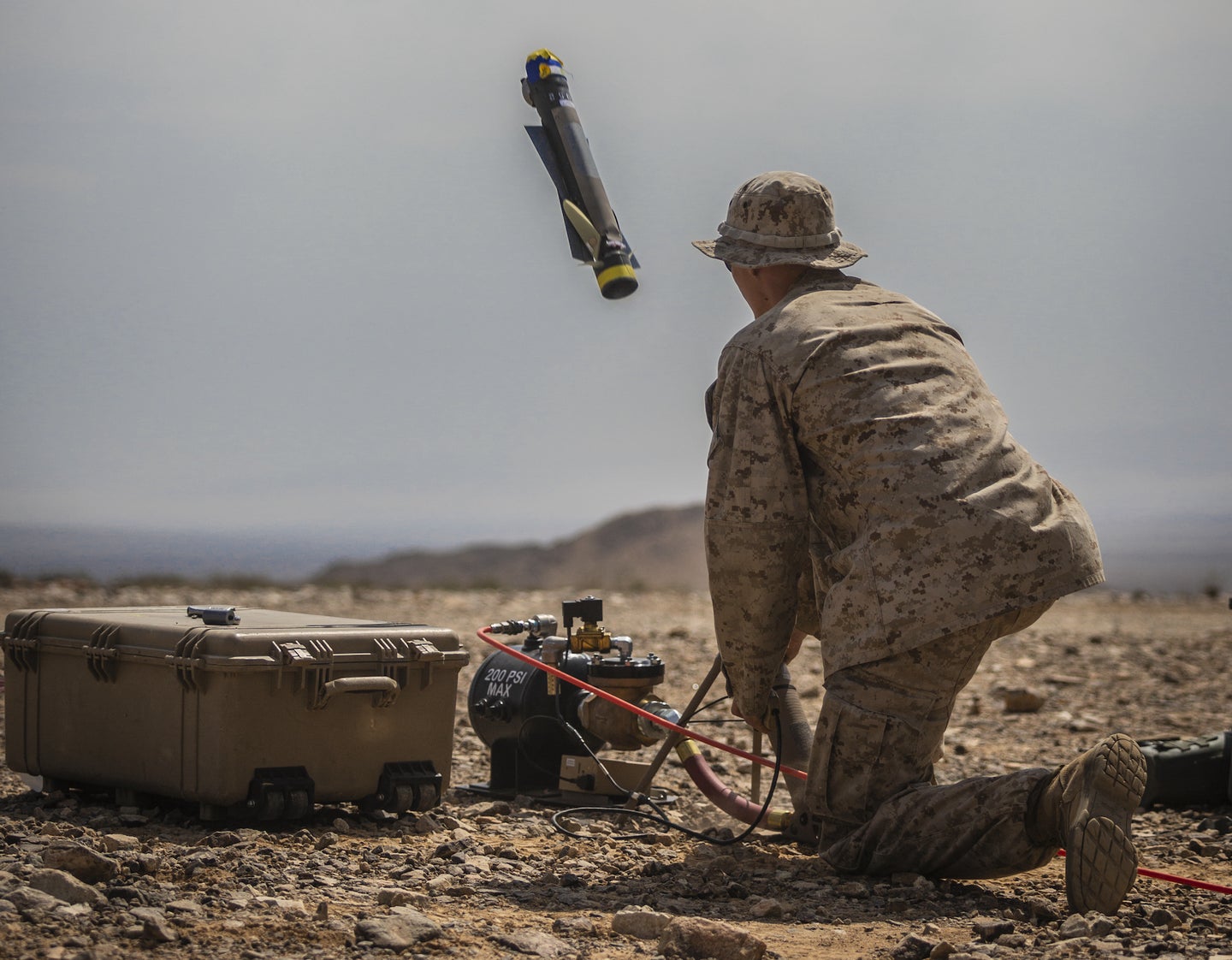 On October 21, the Asian American Journalists Association, together with Military Veterans in Journalism, put forth guidelines urging “newsrooms to refrain from use of the Japanese word ‘kamikaze’ to describe the self-detonating Iranian-made drones that Russia is using to conduct attacks in Ukraine.” The letter came in light of a flurry of news stories using the term to describe attacks like a recent one in Ukraine, where Russian forces fired Shahed-136s at military targets and civilian buildings.

When a Shahed-136 hits, sometimes people die, but a pilot on the weapon never does, because it’s uncrewed.

“‘Kamikaze’ is a Japanese word that translates to ‘divine wind,’ and is commonly used to refer to the Empire of Japan’s military pilots who were ordered to go on suicide missions during World War II, purposely crashing aircraft loaded with explosives onto targets, such as U.S. Navy ships,” reads the guidance.

With modern loitering munitions—in this case, loitering means the ability to fly around before it impacts a target, if it does—a guidance system, or sometimes a remote operator, makes the decision to aim the uncrewed explosive into a building, vehicle, or people, selected as a target. Yet the term “kamikaze drone” has stuck, with multiple outlets using it in headlines. In 2010, when Popular Science was covering the early development of the Switchblade, it referred to the prototype as both a “Flying Assassin Robot” and “Kamikaze Suicide Drones.”

Another variation, used by news orgs and manufacturers like Switchblade-maker Aerovironment, is “Suicide Drone.” This lacks the same historical or cultural stigma attached to the word “kamikaze,” but also describes a process that does not happen when the drone detonates, because there is no human on board to die by suicide.

In place of the term, the guidance from AAJA and the veterans organization suggests “self-detonating drones.”

“Kamikaze attacks have nothing to do with modern drone warfare, and there is no good reason for reporters to reference a previous historical warfighting tactic in this context,” Russell Midori, president of Military Veterans in Journalism, said in the statement. “Instead, we recommend using language that more accurately explains how this new technology impacts present-day conflicts.”

“Self-detonating drones” is not an especially remarkable term, though it captures an essential part of what separates this kind of weapon from others. These weapons fly like drones, and they blow up like missiles.

In 1918, the Kettering Bug was built for action in World War I, but never saw it. It was an early ancestor of drones and guided missiles, and was dubbed an “aerial torpedo,” matching the water-based weapons that would seek out ships by means of rudimentary guidance. The Kettering Bug itself would follow a gyroscope for navigation and then would fly a predetermined distance, before shedding its wings and crashing its explosive-containing body into the ground.

The Kettering Bug is useful as a way to understand where drone and missile development diverged. With missiles, engineers and weapon designers regularly improved the guidance and navigation systems, creating a weapon that could fly itself to a target accurately and then explode on arrival. Drones, instead, were developed as remotely controlled systems.

In World War II, the United States also converted some B-17 bombers to be remotely controlled drone bombs, which were directed from pilots in other bombers flying nearby. Joseph P. Kennedy Jr, the older brother of future president John F. Kennedy, died in 1944 while flying a mothership when the drone bomb B-17 it was commanding detonated mid-flight.

As remote control and guidance systems improved, more kinds of drone bombs became possible, blurring the once-clear division between missiles and drones. The Harpy, developed by Israel, is one of the earliest “loitering munitions,” a drone-shaped missile that can detonate into a target, but one that can also be called off from an attack and flown for another mission.

In short, once fired, missiles fly towards a target and then explode, while drones in the form of loitering munitions can seek out a target in flight, and then be directed to attack or not. And of course, drones not built as munitions can also be used for more traditional tasks, such as intelligence-gathering or launching small missiles.

Why rename the weapons now?

Loitering munitions and self-detonating drones are in the news because they are being actively used as tools of war. The Switchblade, made by Aerovironment, is a short-range loitering munition that the United States has provided to Ukrainian forces, as they resist the invasion by Russia. Switchblades were first deployed in 2012, though coverage on the use of drones by the US largely focused on larger, Predator- and Reaper-sized drones. Switchblade’s role as a specific weapon given as aid against the invasion, along with the development of the newer “Phoenix Ghost” loitering munition, has given the weapons newfound prominence.

Russia continues to use Iranian-made Shahed-136s against Ukraine. These weapons reportedly cost about $20,000, and so many have been fired in the war that the Ukrainian Air Force can claim it shot down at least 200 of them. The weapons have joined long-range missile attacks as a way for Russia to strike deeper into the country.

Whenever a Shahed crashes to the ground, it’s a hazard and almost certainly a tragedy for all those caught in its blast. The people who perish after such an attack are its targets. The machine, never alive, does not die when it completes its objective.