Plutonium cores, or pits, are the triggers for thermonuclear weapons. 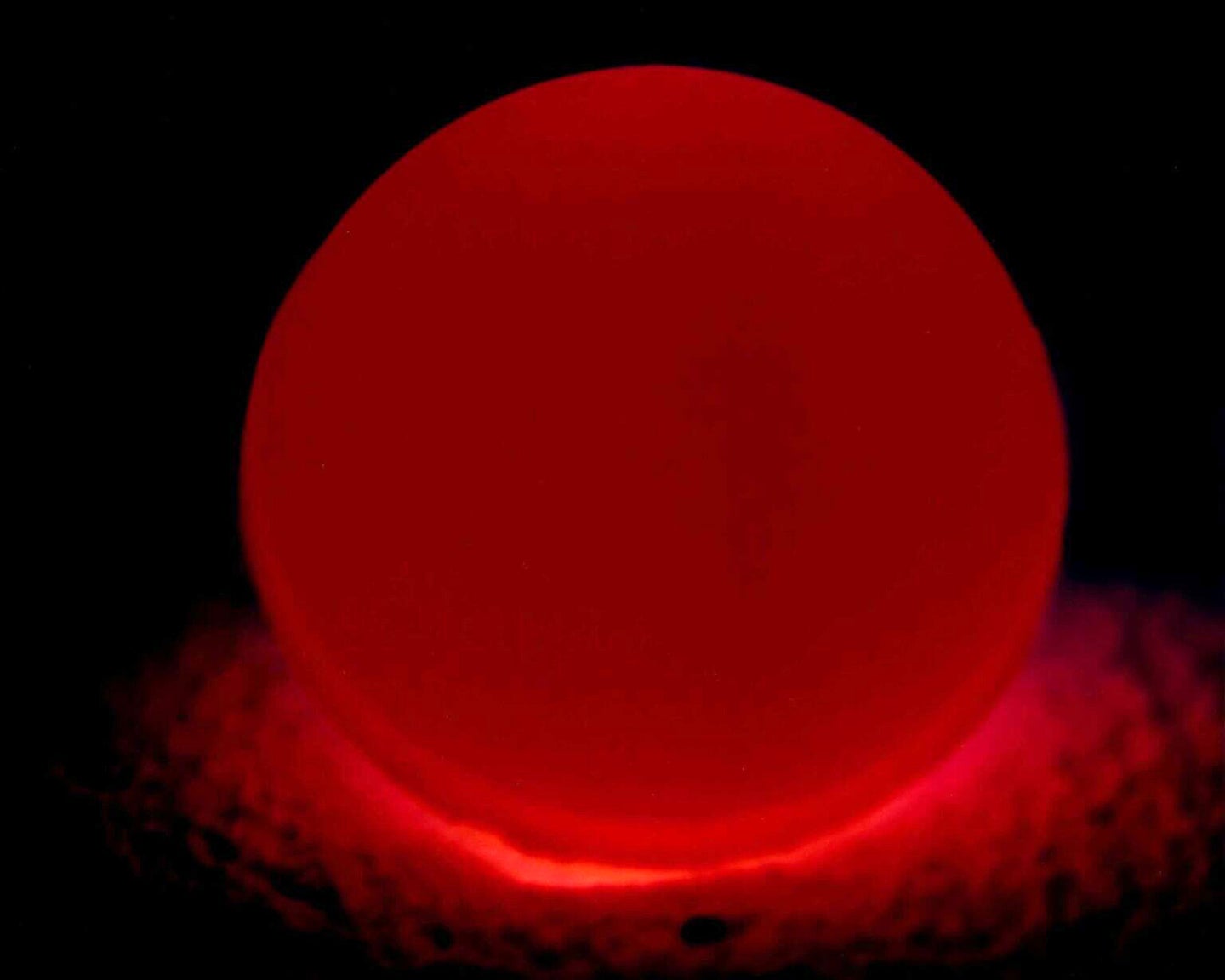 This plutonium pellet is "illuminated by its own energy," according to the Department of Energy. DOE
SHARE

Plutonium pits, the potent hearts of modern nuclear weapons, degrade over time. As these cores decay, so too does the certainty that they will work as designed when detonated. Los Alamos National Laboratory, the organization that grew out of the Manhattan Project to design and equip the nuclear arsenal of the Cold War, is advancing towards its goal of manufacturing 30 new plutonium pits to go inside nuclear bomb cores by 2026.

The project is both a specific manufacturing challenge, and an opening for the United States to newly consider how many warheads it needs on hand to achieve its stated strategic objectives.

Inside a nuclear warhead, a plutonium pit is crucial to setting off the sequence of reactions that make a thermonuclear explosion. Inside the pit is a gas, like deuterium/tritium, and around the pit is chemical explosive. When the chemical explosive detonates, it compacts the plutonium around the gas until the core is dense enough to trigger a fission reaction. What makes a warhead thermonuclear, as opposed to just atomic, is that this is combined in the same warhead with a uranium core, which creates a fusion explosion.

”The pits we’re making now are part of that proving out of the processes, the development of techniques that we’ll use starting in 2023 for war reserve pit production,” lab director Thom Mason said in a December 1 forum.

So far, Los Alamos has reportedly produced six prototype pits, as part of the process of relearning and fine-tuning plutonium core production. This is hard work, and it was once done at an industrial scale.

“Fabricating a pit requires a number of operations: melting down an old pit, casting the metal, machining, and finishing the formed piece,” writes Cheryl Rofer, a retired nuclear scientist who worked at Los Alamos labs when its pit production facility was set up in the late 1970s. “There may be other operations as well, particularly if impurities are to be removed from the metal. Each operation requires at least one glovebox with equipment. A glovebox has a window and gloves to reach into a working space that is separate from the room atmosphere. The toxicity of plutonium requires it be contained.”

For most of the duration of nuclear warhead production, plutonium pits were made at the Rocky Flats Plant in Golden, Colorado. The facility, which ran from 1952 until it was closed down in 1989, is now a superfund site.

At present, the United States has about 5,600 nuclear warheads, of which roughly 1,750 are deployed either on intercontinental missiles or at bomber bases. This stockpile constitutes just under half the estimated total number of nuclear warheads on this planet. (Russia, which has about 6,500 warheads, is the other massive arsenal. Combined, the arsenals from all other nuclear armed countries constitute only about 9 percent of the total global inventory.)

These 5,600 warheads are a sharp step down from the US’s peak of over 31,000 warheads in the late 1960s, and it’s a massive step down from even the 21,000 warheads the US had going into the 1990s. The size and timing of the warhead creation is important: nuclear warheads aren’t just an old technology at this point, they are an old technology that was last mass-produced at any real scale in the 1980s, with much of the industry knowledge dating back further.

When plutonium pits were last regularly produced at scale, the United States still conducted live nuclear tests of warheads. The United States conducted its last live nuclear test in September 1992 (and agreed to stop testing above ground in 1963). Since then, much of the modeling of nuclear blasts, and exploration around warhead modernization or redesign, has taken place in simulated environments. As part of its overall push to modernize the nuclear arsenal, the Trump administration considered restarting live nuclear tests.

While strategy and doctrine place an extremely high threshold on the use of nuclear weapons, to the point that sole launch authority in the United States rests with the president, the weapons are intended to work when used. Plutonium suffers radioactive decay, a natural process but nevertheless one that can inhibit a nuclear warhead from fulfilling its specific obligation, which is to blow up when it’s supposed to, with tremendous force.

The National Nuclear Security Administration, tasked with managing the US nuclear stockpile, highlights “factors including plutonium aging, safety and security advancements, global risk, and weapons modernization” as reasons to replace the plutonium pits in existing weapons.”

[Related: The US military’s first experiment with portable nuclear reactors was short and tragic]

It is not yet known what kinds of additional safety or design features are being explored for these new warheads, if any. Given how much of the process happens in layers of official secrecy, any changes to warhead design are likely to remain under wraps, with only pit production figures provided.

“We’ve held off on making new pits pretty much as long as we can,” said Mason, as reported by The Santa Fe New Mexican. “If we delay further, the annual production rate required will go up, and we’ll need an even larger capability. It’s important to start now so we can now produce at that kind of right level and not have to overbuild.”

If Los Alamos can successfully revamp pit production, a process it knew decades ago but had failed to deliver on between 2013 and 2021, then it’s possible that this same knowledge could be extended to a future production facility at the Savannah River Site in South Carolina. The Department of Energy has set a goal of annually producing 80 new pits a year by 2035, enough to fully replace the plutonium in every existing US warhead by 2105. (Replacing just the deployed warheads could happen by 2055 if 80 pits a year can be made.)

While the labs work on relearning high-stakes industrial techniques for terrifying weapons, it is estimated that most of the existing warheads will remain fully functional for at least 100 years after first manufacture. Given an arsenal of hundreds of deployed warheads, the stakes of failure to modernize are that, in the event of the worst war humanity has ever known, some warheads might fail to detonate, letting millions live.

Correction on Dec. 17: This article has been updated to clarify that Russia has about 6,500 nuclear weapons, not 650.