Everything to know about Switchblades, the attack drones the US is giving Ukraine

Last week, the White House announced that 100 'tactical unmanned systems' would be going to Ukraine. Here's how these flying weapons work. 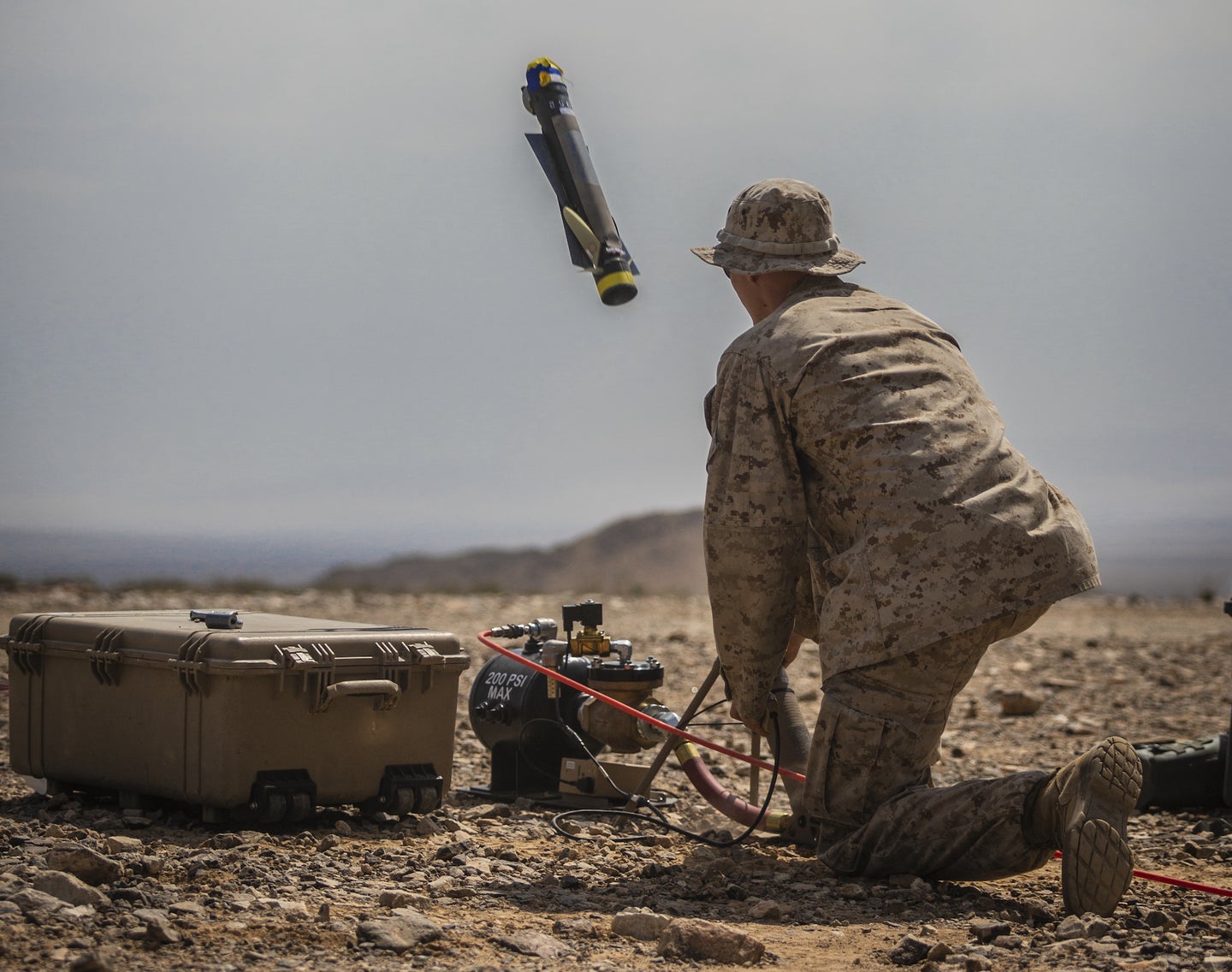 A US Marine launched as Switchblade 300 drone during training in Sept. 2021 in California. US Marine Corps / Alexis Moradian
SHARE

Last week, on Wednesday, March 16, President Joe Biden announced that the United States would send $800 million worth of military assistance to Ukraine to aid the country as it fights a defensive war against Russia’s invading military. Among the anti-tank, anti-aircraft, and anti-personnel weapons included in the aid package was a line entry for “100 Tactical Unmanned Aerial Systems.” Later that day, those systems were confirmed to be Switchblade drones, a kind of piloted missile that can also be a scout.

The US aid package also includes 20 million rounds of ammunition, grenades, and mortar rounds, as well as the 25,000 sets of body armor with matching helmets.

As for those 100 Switchblades, here’s everything to know about these drone-like missiles.

How does a Switchblade work?

The Switchblade is a flying camera robot with an explosive inside. These all-electric machines are weapons that will help find or attack nearby enemies, not far-away ones.

Switchblades come in two sizes: the Switchblade 300 and Switchblade 600. Both can be carried by one person, though the weight difference is substantial—a 300 weighs just 5.5 pounds and can fit inside a backpack. The 600 is heavier, with the missile itself weighing 33 lbs and the components needed to transport it much heavier.

What kind of targets will a Switchblade be used against?

Unlike other drones that are just used for reconnaissance, the Switchblade 300 carries a small explosive payload, the kind most likely used to hit people or unprotected weapons, like a mortar launcher or exposed machine gun emplacement. For the larger Switchblade 600, the payload is an “anti-armor warhead,” making it useful against vehicles.

If the humans directing the Switchblade see that it no longer has a target, it can be called off and then recovered. The brochure for the Switchblade 600 boasts that the weapon offers a rechargeable battery.

Are Switchblades drones or missiles?

The company that makes the Switchblade, AeroVironment, describes it as a “tactical missile system,” which hints at the weird dual-roles of the machine. It is both a flying scout and an armed weapon. Formally this category is called a “loitering munition.”

While these seem like a highly modern creation, there’s historical context: The Kettering Bug, a 1918 uncrewed biplane that’s considered a predecessor to both drones and cruise missiles, flew for a time before an internal signal released its wings and it crashed its explosive payload into the ground.

Modern loitering munitions typically fly for some time, using sensors to look for targets such as anti-air missile sites and radar stations. Even at the full endurance of the Switchblade 600, the drone can only fly for 40 minutes, and the short duration of a Switchblade 300 is barely enough to qualify it as a loiterer.

When the missiles were first proposed and tested, they were commonly referred to as either “kamikaze drones” or “suicide missiles.” Popular Science, in its coverage a decade ago, referred to prototype Switchblades as a “Flying Assassin Robot” and a “Kamikaze Suicide Drones.” All of those names capture something important about the category: when one of these weapons blows up, it cannot be used again or recovered.

Is a Switchblade an autonomous weapon?

Like many drones, the Switchblade is directed by waypoint navigation, in which a human plots a path on a map and the robot, once launched, flies on its own accord.

“[Unlike] radio-controlled devices, the operator is not flying the aircraft, the operator’s simply indicating what he wants to look at, what he wants the camera to be pointing at, and the onboard computer flies the aircraft to that point and maintains on target,” Steve Gitlin, AeroVironment’s Chief Marketing Officer, told The War Zone in 2020. “We have a similar capability in our tactical unmanned aircraft systems. You could lock in on a target and the aircraft will basically maintain position on that target, autonomous.”

Other software on the Switchblade, like feature and object recognition, likely aids in its ability to find and track a target. That doesn’t make it an autonomous weapon in the strictest definition, but it is a weapon with autonomous features, which can change the ways people use them.

Focusing on whether or not it fits a strict definition of autonomous weapon is less important than understanding how, exactly, Switchblades use what autonomous features they have. “It’s therefore probably wisest to put the definitional debates aside and instead focus on the novel (as well as familiar) challenges and risks that are raised by the growing autonomy of weapon systems,” recently tweeted Arthur Holland Michel, a scholar of drones and autonomous war machines. “For example: Do the operators have sufficient situational awareness to make a decision on the use of force? Do the weapons provide a sufficient control surface for human operators to exercise precaution in attack?”

In battle, the short flight time between launch and impact for Switchblades, especially Switchblade 300s, means that the person firing the weapon is operating in a similar manner as someone firing an anti-air missile at a plane, with trust that the missile’s own targeting system will hit what it is supposed to hit.

What is different for the Switchblade, compared to other missiles, is that the human operator has the possibility of calling off the attack if something changes, like a civilian walking into the area or the cameras revealing what the operator thought was a tank to be a schoolbus instead. That’s different from something like a high-flying Reaper drone, which fires missiles that can’t be turned around.

The ability to exercise that kind of control, to in effect un-fire a missile already airborne, is one of the big promises of control systems like this for weapons. For that promise to be realized, it requires that a human, launching weapons in battle, is able and willing to watch the missile’s own video feed until it ends.