The new exoskeletons, tanks and ATVs that China will bring to a future battle: The Ground Gear of the Zhuhai Airshow

The Zhuhai 2016 Airshow has massive displays on airplanes, drones and missiles, but there was still a very significant ground... 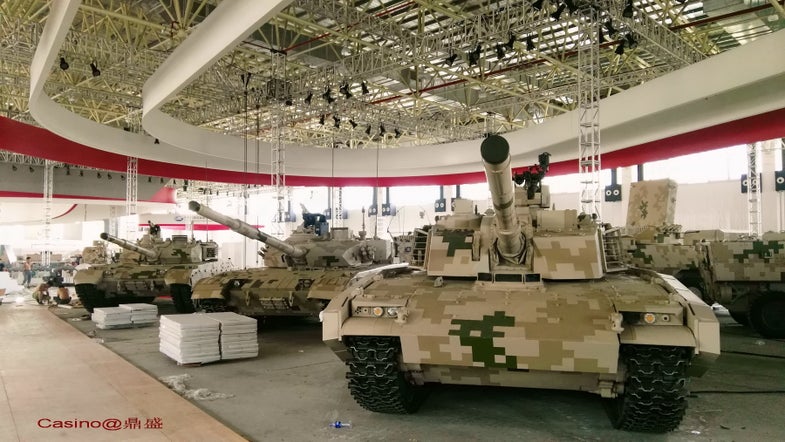 The Zhuhai 2016 Airshow has massive displays on airplanes, drones and missiles, but there was still a very significant ground component. The format gives international observers a new look a state of the art – and sometimes unconventional – Chinese ground equipment. 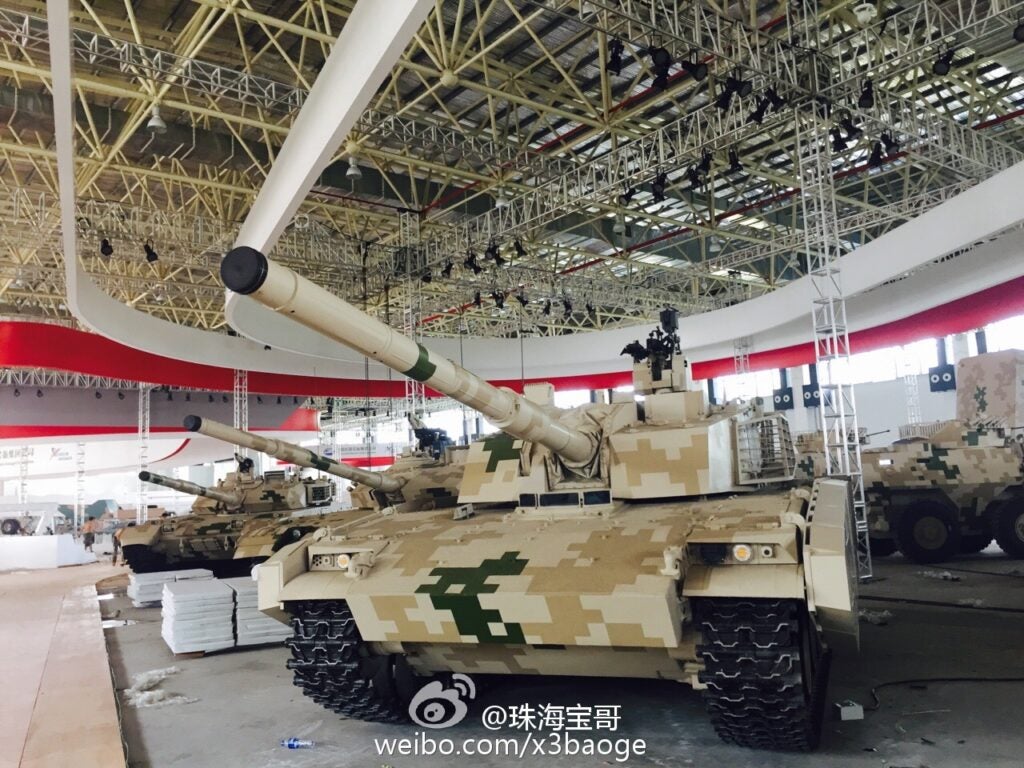 The VT-5 light tank, weighing 33-36 tons, is an ideal fit for customers wanting a light tank for fighting in the jungles and mountains- or something that goes well with paratroopers.

VT-5 light tank is one of the few dedicated post Cold War light tanks in the world and perhaps the most notable new military vehicle at Zhuhai 2016; The VT-5 is the export version of the new ZTQ light tank used by the PLA in mountainous areas like Tibet. Built by Norinco, the tank weighs between 33-36 tons (depending on adding additional protection like side armor), has a sophisticated digital fire and control system has a 105mm cannon suitable for dealing with most Cold War era main battle tanks. The VT-5 could be very popular with militaries in Africa, Latin America, the Middle East and Southeast Asia looking for a modern light tank with a light operational footprint. 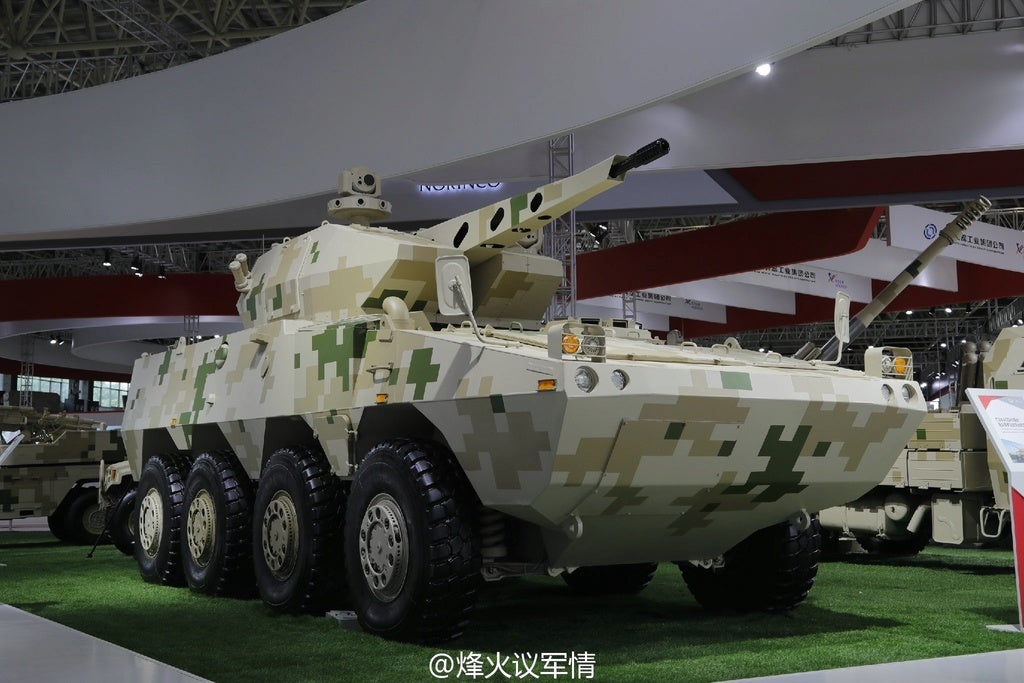 This VN-1 (export version of the ZBL-09 8X8 AFV) has been upgunned with a 40 mm cannon, which provides a munch larger punch, while using telescoped ammo and an unmanned turret to keep weight down.

The China South Industries CS/AA5 armored fighting vehicle (AFV) has an unmanned turret with a 40mm autocannon, which is larger than other Chinese autocannon. The 40mm autocannon, which uses telescoped ammunition to reduce cartridge volume in order shrink autocannon parts, has an armored piercing sabot and high explosive ammunition. The increase in Chinese AFV ammo (at least for export) follows a wider global trend of increasing ammunition size (see the US Stryker AFV’s upgunning to 30mm cannons) to deal with more lethal conventional threats. 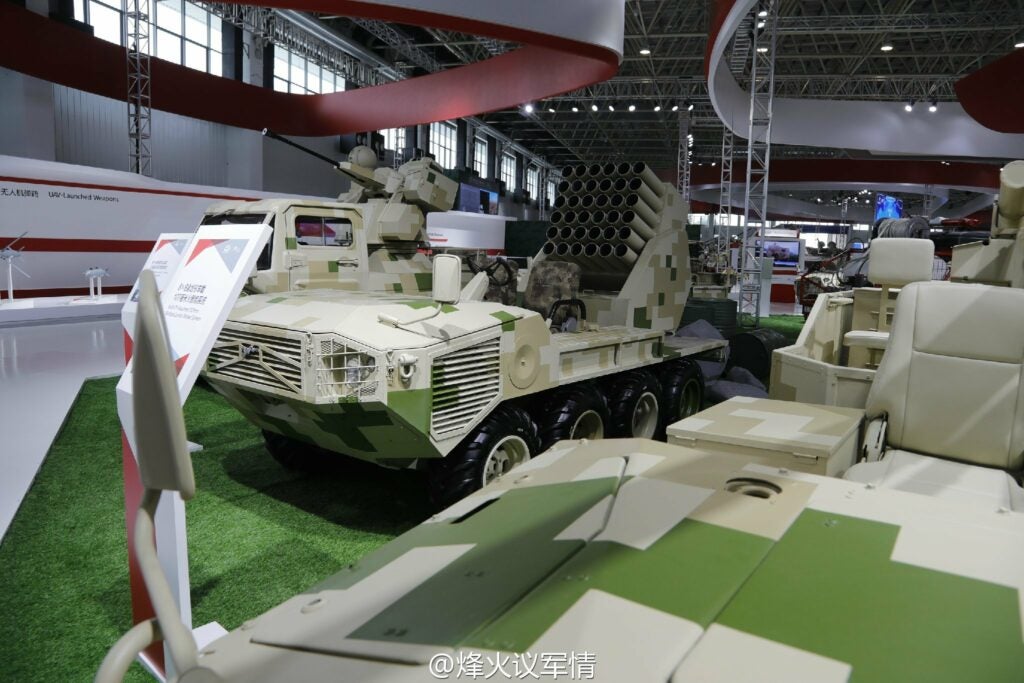 These two ATVs have a 23mm remotely operated cannon, and a 36 rocket 107mm multiple rocket launcher, providing a mobile fire solution for airmobile troops and special forces behind enemy lines. 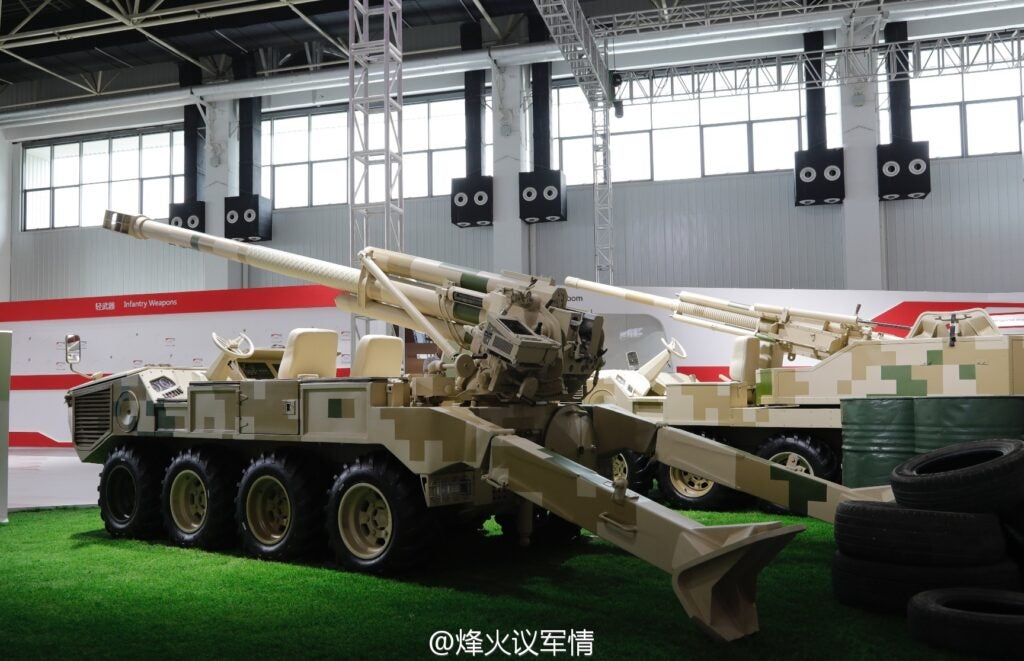 Even a 122 mm howitzer (in the foreground) and a 120mm combined gun/mortar (background) can be mounted on an ATV to provide the cheapest (and lightest) self propelled artillery solution.

China South Industries Corporation also displayed a range of 8X8 All Terrain Vehicles (ATV) armed with heavy weaponry; such ATVs are robust enough to have a degree of mobility when carrying heavy weapons, but also light enough to be airlifted by transport helicopters. One armed ATV – the CS/SM10 – had a 120mm gun mortar, which can be switched between direct and indirect fire. Another was armed with a 23mm autocannon remote weapons system that can be used against air and ground targets; support ATVs included a battlefield recon system and engineering vehicle, complete with a recovery crane. Finally, a 1 ton, 36 round 107mm rocket launcher was installed on another ATV. While fighting ATVs are considered too under-protected for pitched fights, they would provide airmobile and special operations forces with significant firepower behind enemy lines. 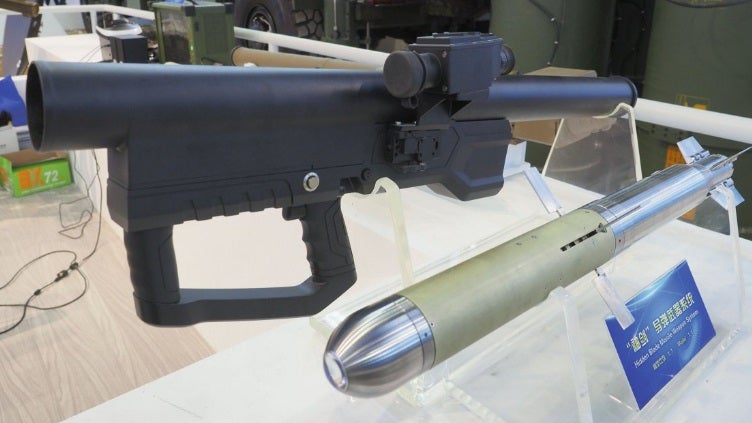 Hidden Blade, a CASC offering, is a 60mm caliber, 4kg antiair/Anti-armor portable missile. It has a reported range of 2km against aerial targets like helicopters and UAVs, and a 3km against ground targets. Its dual use 500 g shaped warhead creates a high speed metal slug that can punch through walls, or the light armor of AFVs and attack helicopters. Hidden Blade uses a rather novel targeting system; the launcher emits electromagnetic energy to ‘paint’ the target, so the missile’s electro-optical sensor can lock onto it. While the use of a wide spectrum of electromagnetic energy renders the missile highly resistant to laser and infrared jammers, the target must be out in the open to avoid defusing the electromagnetic energy against background clutter. Of note, this tiny missile would enable a basic infantry squad to gain organic firepower against 21st century threats like drones, as well as enemy fortifications. 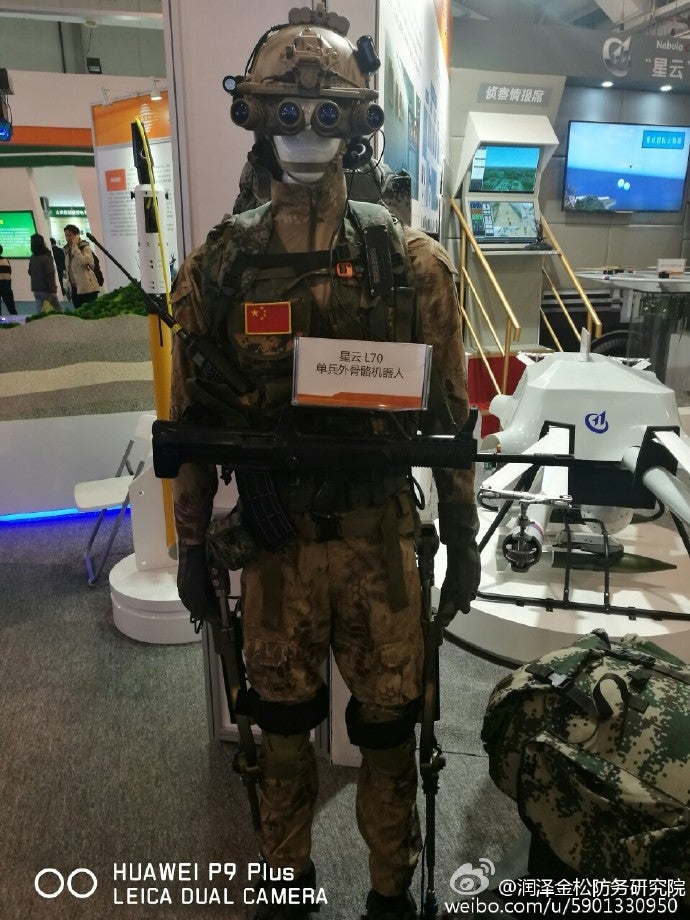 The L-70, since the last two years, has upgrades including a smaller powerpack/battery (located on the back, it can’t be seen from the front anymore). Given the presence of specialized equipment light a four lenses night vision sight, it may be initially geared towards Special Force usage.

First debuting at Zhuhai 2014, a combat exoskeleton designed by EEAE came new and improved to Zhuhai 2016. The L70 now has a smaller power pack/battery, thanks to recent advances in battery miniaturization. L70’s specifications two years ago included a coefficiency of 5:1 (carrying twenty pounds with the exoskeleton requires the wearer to exert only four pounds), a performance that could have been boosted by refinements to the exoskeleton hydraulics. The display mannequin also came equipped with a four lens night vision goggle set on its helmet and at QBZ-95 assault rifle, suggesting a potential target market of Special Force operators. Akin to the Pentagon’s Iron Man project, special forces could use exoskeletons to ease the physical demands of carrying weapons, supplies and equipment on extended deployments; the exoskeleton could also be used to ease logistical tasks like loading.

The Dragon Muscles In: Growing Number of Victories in Chinese Arms Exports

China builds the World’s Fastest Tank Gun, Then Tries to Hide It

Saudis Use Chinese Made Cannons in Yemen

China’s New Exoskeletons: Not Just for Call of Duty or Tom Cruise Anymore