With a dearth of places to anchor, some of the giant vessels are just drifting. 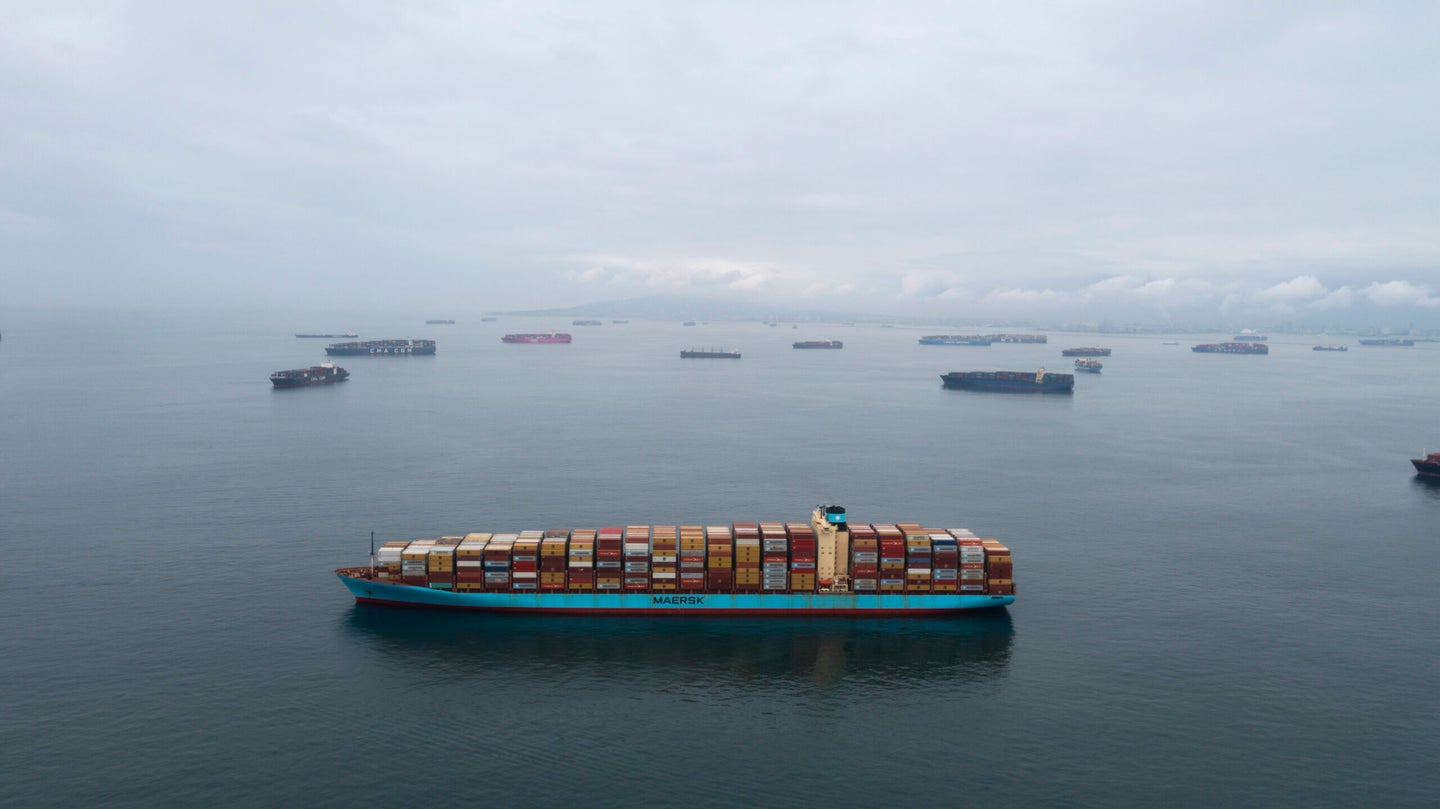 For the past year, beachgoers off the coast of Southern California have been treated to an unusual sight: dozens of hulking container ships moored offshore as they await entry into the ports of Los Angeles and Long Beach, the busiest port complex in the United States. From the shore, the scene resembles a naval invasion.

The cause of the backup, say port officials, is strictly-enforced Covid restrictions at the ports, including those in Asia, as well as unprecedented demand for goods from China, South Korea, and other Asian exporting countries. The top items on backed-up ships include furniture, auto parts, and textiles.

Although there was a significant uptick in ships awaiting entry into the port at the start of the pandemic in March 2020, the backup accelerated significantly in the fall of 2020 when demand for goods exploded, filling up berths at the ports, and requiring ships to anchor offshore. Since then, the situation has gotten even worse, despite the ports’ best efforts to facilitate the offloading of ships. The current wait time for a ship to gain entry into one of the ports can be over eight days. Port officials say they’ve never seen things so bad.

“This has broken all records that we have in recorded history,” says Kip Louttit, executive director at Marine Exchange of Southern California, which helps manage traffic in and out of the two ports.

COVID is a main culprit

The implementation of COVID restrictions caused many of the problems at the ports. For example, officials noted that every shift change for port workers requires new protocols, including the cleaning of crane compartments and equipment, daily health screenings for staff,  and other inefficiencies caused by social distancing measures.

And the number of backed-up ships has been unrelenting. As of September 15, a record 88 ships were sitting on the horizon, forming a line of vessels stretching south over 40 miles, from the entrance of the Port of Los Angeles all the way down to Dana Point. Prior to 2020, it was rare for a single ship to be held offshore, according to Louttit.

“The good news is it tells you about the USA economy,” says Mario Cordero, executive director of the Port of Long Beach. “The economy is very vibrant.” Cordero points to the massive increase in e-commerce as a further reason for the increase in goods into the ports. “When closures were in place, even I learned how to buy online.”

“We’re working as if it’s a triage situation,” commented Gene Seroka, executive director of the Port of Los Angeles during a press conference on Wednesday.

Some of them are just drifting

So many ships are awaiting entry into the ports that all of the contingency anchorages set up along the coast are filled, and many ships have been ordered to drift along the coast, something that has never happened before. The scarcity of anchorages, says Louttit, is due to the fact that as the coast extends southward towards Dana Point, the shelf drops off quickly into waters over 250 feet. “We’re having the ships drift because we’ve run out of water that is shallow enough for the ships to physically anchor,” he says.

Louttit, who compiles daily reports on ship traffic, says drifting is entirely safe because ships are kept far apart, but that it has been a challenge. “Our database never anticipated drifting, so I don’t have a column for that. So every day I do that by hand for the report,” he says.

Port statistics show that the surge started in September 2020, when the ports saw 57 extra container ships above normal.

“We hunkered down for Covid starting in March,” says Louttit. “We didn’t go to Disneyland, we didn’t go to restaurants, and when fall came, we started buying stuff. And that is what started the import demand and the backup in the fall of 2020.”

These ships keep getting bigger

Another non-Covid issue port officials point to is ship size. According to Louttit, 15 years ago ships were maybe 13 containers wide, and now they routinely span a width in the high teens or low twenties, resulting in many more containers per ship. Consequently, it takes more trucks, more longshoremen, and more time to move cargo.

The impacts of the backup have already been felt across the global supply chain, with long waits and higher costs for certain products. Even companies like Starbucks are warning customers at their stores that certain ingredients might not be available. Some worry that things will get worse as we move into the holiday season, traditionally the ports’ busiest time of the year.

The congestion has also contributed to a global shortage of shipping containers, causing ocean freight costs to spiral upwards.

Toymakers, for example, have had to outbid and outmaneuver competitors for shipping space to get their goods from overseas factories, mostly from China, in order to reach US consumers in time for the holidays. And the backup is doing more than just causing headaches because of the wait. They are also likely to increase the cost of the toys themselves.

Toymakers say they are being charged up to five times the normal amount for 40-foot containers to get their goods to the US. The added cost will almost certainly be passed directly onto the consumer, assuming they can even get the toys they are looking for.

“Shoppers over the years have been conditioned to wait for last-minute sales and deals, but they probably won’t be coming,” says Steve Pasierb, the president and CEO of The Toy Association in an email. “In fact, inventory may be low, so if there’s a must-have item on your child’s wish list, we are encouraging families to shop early for toys to ensure that you’ll be able to deliver on those coveted gifts.”

An analysis by the Russel Group, a risk modeling company, suggested that the amount of trade held up so far this year and moving into October could total $90 billion.

The impacts are being felt nationally, but also locally by Californians who make recreational use of the state’s coastal waters.

Greg Baumann, a research editor and recreational fisherman from Playa del Rey, who fishes regularly off the coast, says that the presence of so many ships can be intimidating from the vantage point of his 29-foot craft.

“It’s kind of awe-inspiring because you’re confronted by the sheer size of these things,” he says.  “They look like floating cities. It makes you realize the sheer volume of goods that we consume that come across on these things.”