Dozens of volunteer divers surveyed marine protected areas worldwide, to discover why life flourishes in some while failing in others. 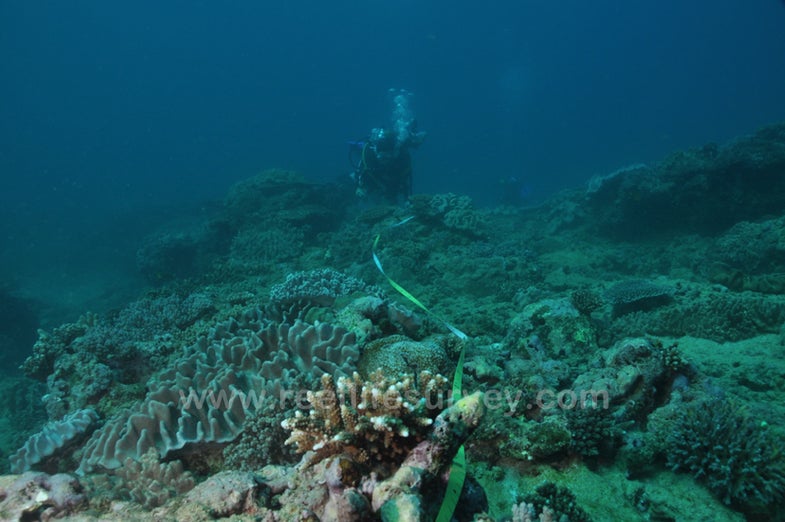 Australian researcher Graham Edgar and colleagues have trained and supported a volunteer corps of experienced SCUBA divers in doing scientific underwater surveys. Edgar says that this "Reef Life Survey" project has created the largest consistent data set on global marine biodiversity to date. The data suggest that the five key factors to a successful marine sanctuary are: no take (fishing), enforced boundaries, old (over 10 years in existence), large, and isolated. Areas with at least four of these five "NEOLI" factors present showed dramatic improvements in fish abundance and diversity. This photo dates from a 2010 Reef Life Survey expedition off the coast of Western Australia. Reef Life Survey
SHARE

Oceans cover 70 percent of the Earth. Somewhat less than 2 percent of that area has been set aside in marine protected areas: refuges where sea life is supposed to be able to thrive free of human pressures. But the reality is that many of them are “paper parks,” with no enforcement of fishing bans. Others are beset with polluted runoff from populated areas, or too small to protect wide-ranging fish species.

A newly published, 6-year global survey of 1,000 sites in 87 marine protected areas across 40 countries has found that at least 4 of 5 key factors must be present for a marine reserve to succeed:

The researchers shorthand these features as “NEOLI”: no take, enforced, old, large and isolated.

The scope of this project is “an order of magnitude bigger-scale than what’s been done before in terms of field studies,” says co-author and field biologist Graham J. Edgar of the Institute for Marine and Antarctic Studies at the University of Tasmania.

To gather such a large amount of data on a constrained budget, Edgar and his colleagues trained over 100 experienced recreational divers to take field surveys. “What we did was different from previous citizen science programs,” says Edgar. Rather than simplifying the data collection methods to broaden participation, they recruited “the best and the most enthusiastic divers,” and “aimed at producing high-quality scientific data,” Edgar says, “as opposed to wide public engagement and education, which other citizen science programs are much better at than ours.” This aspect of the project has taken on a life of its own as the Reef Life Survey program.

These “citizen divers,” says Edgar, “were the ones that produced most of the data, and they were the ones that stuck through for the long term.” The result is an enormous, detailed data set that supports the study’s “NEOLI” findings across global borders and ecosystems. “Each marine protected area you look at has local factors, idiosyncratic factors, that affect what happens there,” says Edgar. “There’s the history of the reserve and what regulations allowed, how much fishing occurred beforehand and how much recovery was possible, what’s happening in the surrounding area, how much spillover in terms of fish going in and out—how porous the habitat boundaries are—the size and age.” 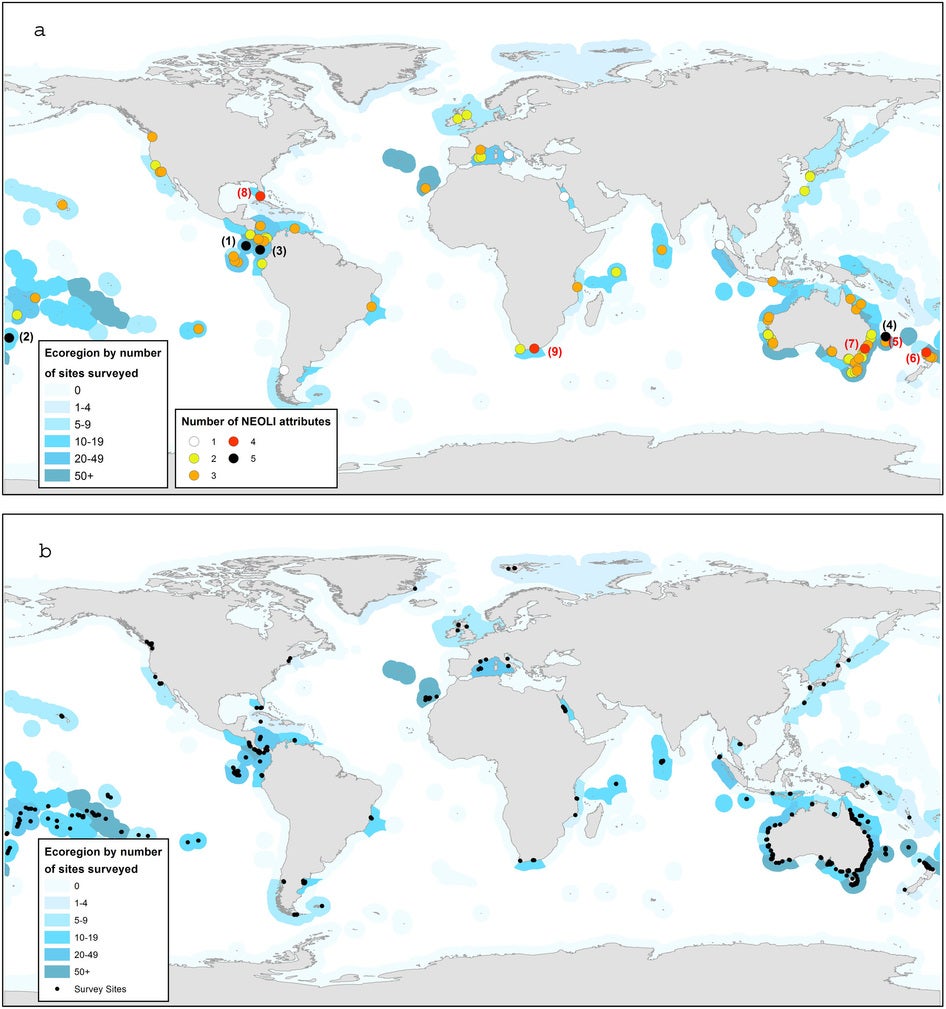 Edgar hopes his findings, backed by such robust data, can help marine managers put their (typically limited) time, energy, and budgets toward the steps that will actually help conserve ocean biodiversity.

The destruction of the undersea environment “wouldn’t be tolerated” says Edgar, “if people could see and know the scale of what’s happening.”