If their islands are deluged by rising seawater, the people of the Maldives would have to evacuate, becoming the first... 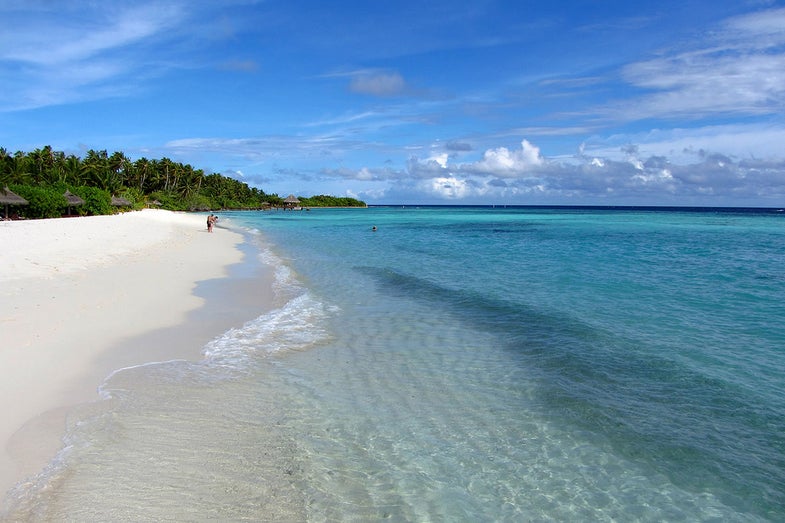 If their islands are deluged by rising seawater, the people of the Maldives would have to evacuate, becoming the first refugees driven from their homes by global warming. Their president considers this an eventuality, not a possibility, and so he is buying up land in foreign countries and urging those countries to be prepared for an influx of people with no return destination.

President Mohamed Nasheed told the Sydney Morning Herald that his government was considering Australia as a potential new home for the Maldives’ 350,000 citizens. He said Maldivians want to stay on their archipelago, but “moving was an eventuality his government had to plan for,” the newspaper said. “He said he did not want his people living in tents for years, or decades, as refugees,” the Herald writes.

Australia has plenty of open space and a decent climate, although Nasheed has also considered India and Sri Lanka because of their cultural similarities.

If sea levels rise as predicted over the next century — by 23 inches, according to the Intergovernmental Panel on Climate Change — the 1,200 islands of the Maldives archipelago will largely be submerged. About 80 percent of the land mass is less than three feet above sea level, and already 14 islands have been abandoned because of erosion, the Herald says. “It is increasingly becoming difficult to sustain the islands, in the natural manner that these islands have been,” Nasheed told the newspaper.

The story is similar for the island nations of Kiribati and Tuvalu, too. Tuvalu already approached the Australian government to seek immigration assistance for its 12,000 residents. But the Maldives are planning one step ahead, setting up a sovereign savings account funded by tourist revenue that will be used to buy land on higher ground. That tactic wouldn’t require the bureaucratic beneficence of other nations.