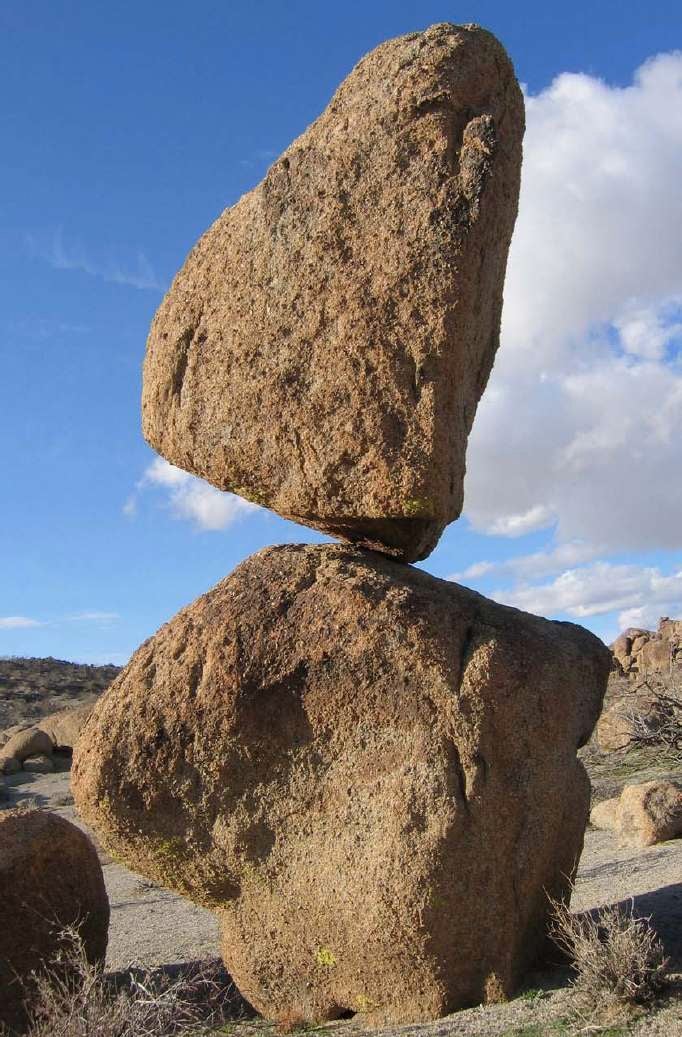 With lots of luck. This rock formation is near Searchlight, Nevada. Nick Hinze / Nevada Bureau of Mines & Geology
SHARE

Conventional wisdom in a large earthquake is that large unstable objects tend to fall down in the midst of all the shaking. But not always. In one area of California, close to the famous San Andreas fault, there are a few delicate geological formations that have weathered intense historical earthquakes without falling down.

These ‘precariously balanced rocks,’ known as PBR’s (no relation to the beer) have been balanced for 10,000 years, a span of time during which there have been 50-100 large earthquakes in the area. So why are they still standing? In a new paper published in Seismological Research Letters researchers found that interactions between two faults, the San Andreas and the San Jacinto may be the answer to the mystery.

“It was a real scientific puzzle, a real head-scratcher,” author Lisa Grant Ludwig said in a statement. “How can you have these rocks right next to the San Andreas Fault? It’s an interesting scientific question, but it also has practical implications, because we want our seismic hazard maps to be as good as possible.”

Seismic hazard maps help city engineers and designers figure out what kinds of risks are present in an area. They can influence building codes, engineering decisions, and emergency plans.

But in order to figure out what kinds of shaking an area might be in for, geologists have to look at how much shaking has occurred there in the past. One way to do that is to look at PBR’s and see how much it would take to get them to fall over, which can tell them the maximum shaking that the rocks could have endured in the past. If an earthquake came along that exceeded the force, the rocks would no longer be precariously balanced…they would just be rocks. The researchers’ methods to see how much force these rock formations could withstand before they tipped were pretty direct.

“There are two methods of doing that, one of which is actually trying to tip the thing,” one of the authors of the study, Lisa Grant Ludwig told the BBC. “If my mother had known I was doing that, she would not have been happy…. You never want to be on the downhill side when you tip it.”

With that method, the researchers were extraordinarily careful to not actually tip over any of the 36 rocks they examined, an action that could have gotten them in serious trouble. Last year, two Boy Scout leaders were charged with felonies after knocking over a delicate geological formation in Utah.

The less risky method that the researchers used involved taking detailed measurements of the rocks and running those through detailed calculations and virtual simulations. After all the data was in, they concluded that the reason the rocks were still standing was because of the interaction between the faults. In the area the scientists were studying, there was only a small (approximately 1.2 mile) distance between the two faults. The researchers think that this gap is a fault step, or stepover, a place where an earthquake along one fault might be affected by the presence of a neighboring fault. Because the two are so close together, it is possible that the proximity of one could help derail an earthquake from continuing unchecked along the other, by transferring energy. The shifting between the two could lessen the amount of shaking in the immediate area.

But fault steps are still an area of intense study, and while the researchers think that the interaction might have prevented intense shaking in the past (as evidenced by the still-standing PBR’s) it might lead to more intense shaking in other areas in the future.

Whether or not the interaction between the two faults has the potential to lessen or increase the shaking in California in the next big earthquake involving either fault depends on a vast number of factors, like the location that the quake starts, and the direction in which the quake travels among many other things. More research is needed before any predictions can be made.

In the meantime, the rocks near the San Andreas continue their balancing act. 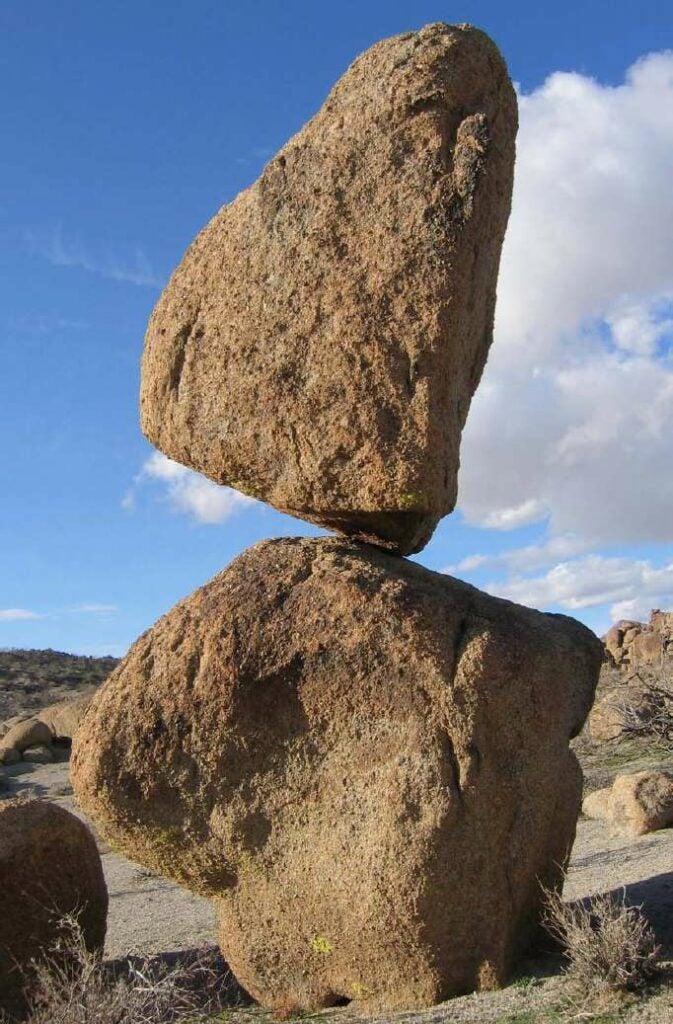 How does this formation survive earthquakes?

With lots of luck. This rock formation is near Searchlight, Nevada. 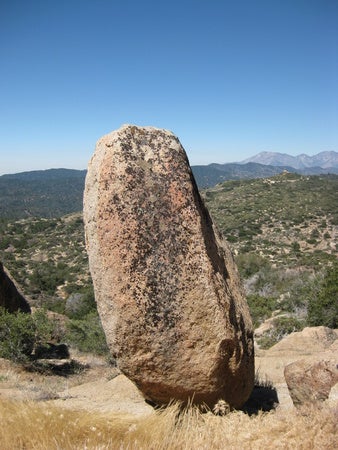 Seen in the San Bernardino Mountains in California 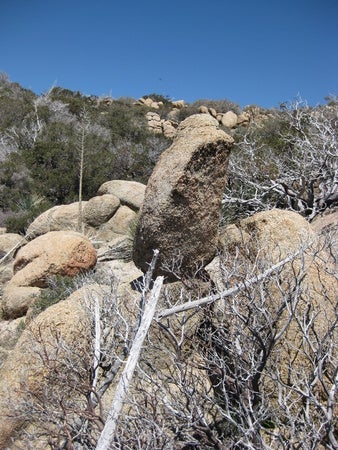 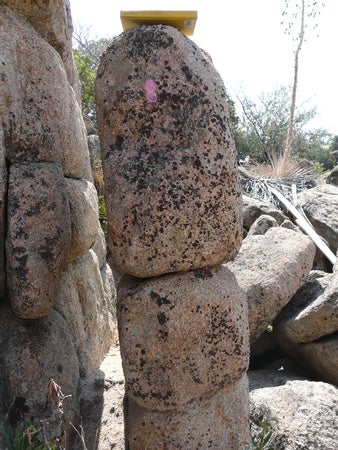 The PBRs found in the Grass Valley area in the San Bernardino Mountains in California have been there for thousands of years, despite being located right next to two major fault lines.
geology