Fertilizer and sewage runoff cause the worst marine pollution, but we can reverse their effects 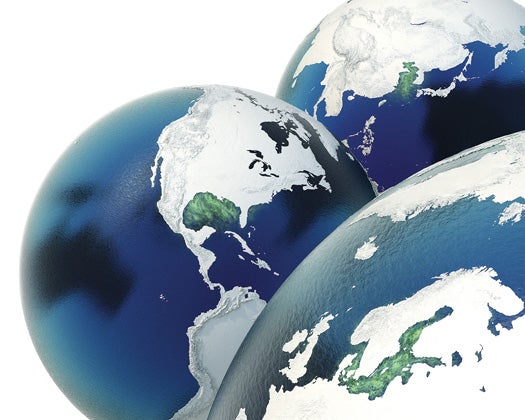 Marine pollution takes many forms, from the millions of gallons of oil that run off our highways each year to the Great Pacific Garbage Patch, a massive gyre of floating plastic trash. But the most devastating pollutants are the nitrogen and phosphorus found in our fertilizer and sewage. When too much of either washes downstream, coastal waters become choked with heavily fertilized algae, which then dies and decomposes, consuming the oxygen in the water and asphyxiating animal life. This process, called eutrophication, has created at least 405 “dead zones” worldwide.

Human sewage is the top source of eutrophication in the developing world, but in the U.S., Europe and China, animal waste and fertilizer are the main culprits. Every year in the U.S. alone, some 10 billion chickens, 80 million cows and 149 million pigs produce 500 million tons of manure, much of which is sprayed on fields. Farmers also add another 55 million tons of synthetic fertilizer to their cropland, much of which washes back into the watershed. The result: The largest dead zone on Earth spreads from the mouth of the Mississippi. In the summer, when Midwestern agricultural runoff reaches its peak, it can grow to be the size of New Jersey.

Eutrophication is reversible. In the 1980s, for instance, the Black Sea contained the planet’s largest dead zone. But when the Soviet Union disintegrated, farmers there could no longer gain access to synthetic fertilizer; by 1996 the dead zone had disappeared entirely.

Similar results can be achieved without societal collapse. Improved wastewater treatment and more restrictions on livestock-manure management will help. But the greatest gains can be had simply by abandoning plowing. Over the past two and a half decades, farmers have adopted “no-till” methods on 36 percent of U.S. cropland. They leave the stubble and root structure of last year’s crops in place, plant new seeds using modern seed drills, and deposit fertilizer beneath the surface using fertilizer injectors.

In doing so, they reduce phosphorus runoff by about 40 percent, atmospheric nitrogen release by about half, and overall erosion by up to 98 percent—and achieve equal yields using just half the energy. “Still,” says David R. Montgomery, the author of Dirt: The Erosion of Civilizations, “only about 5 percent of the world’s farmland is worked with no-till methods. What happens on the rest may well shape the course of civilization.”