200,000-Year-Old Patch of Seagrass Is the World’s Oldest Living Organism

A patch of Posidonia oceanica, a species of seagrass native to the Mediterranean, has just gotten its DNA sequenced and... 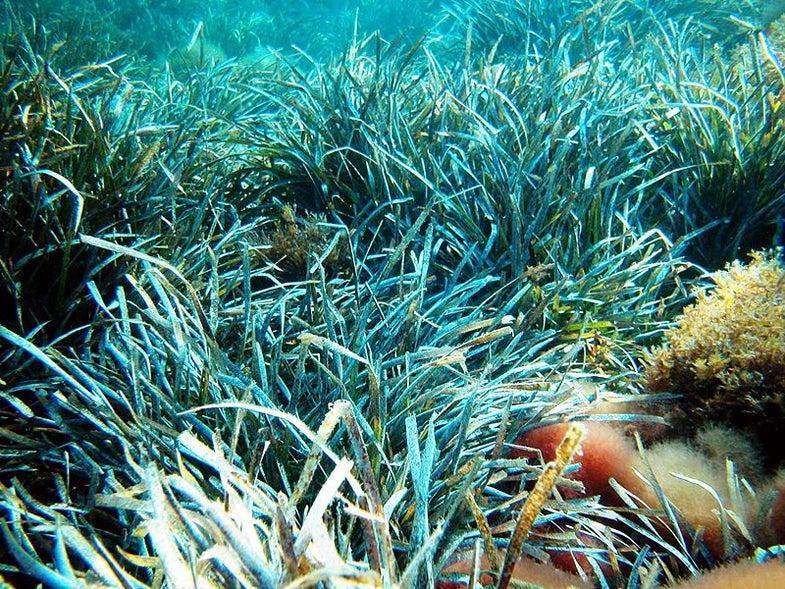 A patch of Posidonia oceanica, a species of seagrass native to the Mediterranean, has just gotten its DNA sequenced and its age determined–and as it turns out, some parts of this particular patch are up to 200,000 years old. That easily destroys the previous world record of the oldest living organism, a Tasmanian plant believed to be around 43,000 years old. Ha! A youngun!

Scientists from the University of Western Australia administered the study on the seagrass, which grows in massive clumps and is continuously growing new branches and expanding. Also known as Neptune Grass or Mediterranean tapeweed, the seagrass reproduces asexually by cloning, and spreads far and wide so that it can survive even if one particular area becomes depleted of natural resources.

This particular patch consists of some 40 undersea meadows stretching from Spain to Cyprus–over 2,000 miles long. Neptune Grass has also spread to the Caribbean, but it’s still most common in the Mediterranean, even though rising sea temperatures and development may put the species’s future in jeopardy.