Where Does The Glass For The New Supertall Skyscrapers Come From? 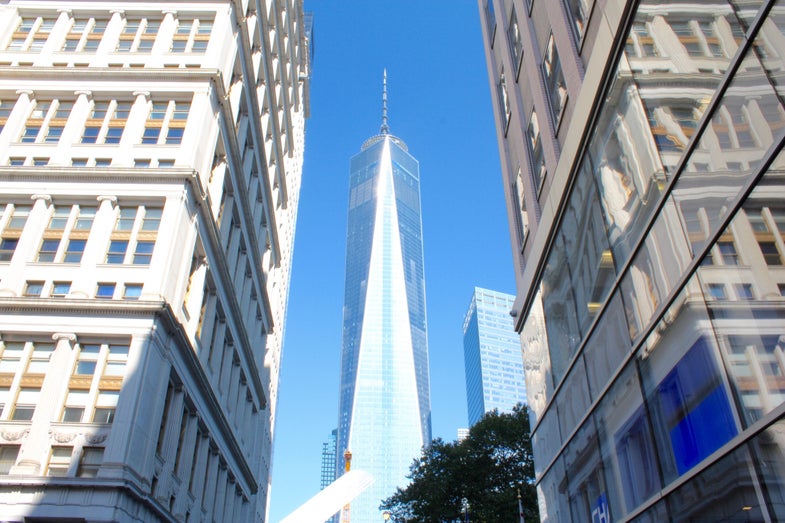 We don’t think much about glass; by its nature, it’s meant to be seen through, not seen. And yet the high-tech, high-strength glazing that covers today’s supertall buildings – skyscrapers over 1,200 feet, like One World Trade Center and the Burj Khalifa, in Dubai – is as important to the buildings’ performance as the steel and concrete inside it.

When it comes to supertalls, the main concern is wind. Close to the ground, wind is disrupted by trees, hills, and other buildings. But as a building rises to supertall height—above the so-called boundary layer—those obstacles fall away. The tower faces the full, unobstructed force of the wind. And the building gets it both from the front and back: wind that hits head on pushes the glass in, while the wind that whips around the side creates eddies of low pressure that suck the glass out. In fact, the suction forces can be even stronger than the head-on pressure.

The higher you go, the more complex the wind effects get. “These pressures and suctions can travel down the tower from the high wind speeds at the top and you can have high forces at various locations on the tower even near the base,” said William Baker, the head of structural engineering for the architectural firm Skidmore, Owings and Merrill (SOM), designers of the new One World Trade Center.

Another major factor is light, and heat. Tall buildings, because of their immense internal heat mass, tend to need constant air conditioning, even in the winter. Air conditioning is a skyscraper’s single biggest energy expense. Supertall buildings present a unique challenge: Not only do they have high internal heat mass, but a very large proportion of their overall size is high above their neighbors, so there’s nothing to block the sun. (Nor does it help that these days, most of them tend to be in desert and subtropical regions like the Persian Gulf and Southeast Asia.)

To make things even more complicated, the skin of supertall buildings is almost entirely glass, with a premium placed on tall and wide panes to offer maximum unobstructed views. “What’s become popular is glass that is slab to slab, or floor to floor, up to 14 feet high,” said Bruce Milley, an architecture design manager for Guardian Industries Corp., one of the main suppliers of glass for supertall towers.

And it’s not wholly an aesthetic choice: Glass is cheaper than masonry and steel, and it weighs significantly less. “Glass is one of the cheaper building components,” said Brian Dawley, a senior technical services representative for Viracon, another major glass supplier for supertalls. “It not only looks good, but it performs well, too.”

The problem is, panes that large have to be incredibly strong to withstand high wind forces, and they have to be designed in a way to compensate for the enormous amount of light they let in.

Two decades ago, many of these challenges would have been insurmountable – the technology simply wasn’t there. But a lot has happened in the intervening years. “These days glass isn’t just glass,” said Peter Weismantle, the director of supertall technology at Adrian Smith + Gordon Gill Architecture, which designed the 3,280-foot Kingdom Tower in Jeddah, Saudi Arabia.

The first advance is in the manufacturing of the glass itself. Until recently, architects were limited by the size of the glass panes that companies like Guardian Industries could produce.

But thanks to advances in so-called flat-glass production, in which molten glass is poured onto a bed of liquid tin and then slowly cooled, manufacturers can now produce thick glass panes several meters wide. “In just the last ten years, we’ve seen that manufacturers can do larger and larger pieces of glass,” said Steven Ball, a structural engineer John A. Martin and Associates, which specializes in part in supertall design. “Nowadays they can do six-meter-wide glass, if not more.” 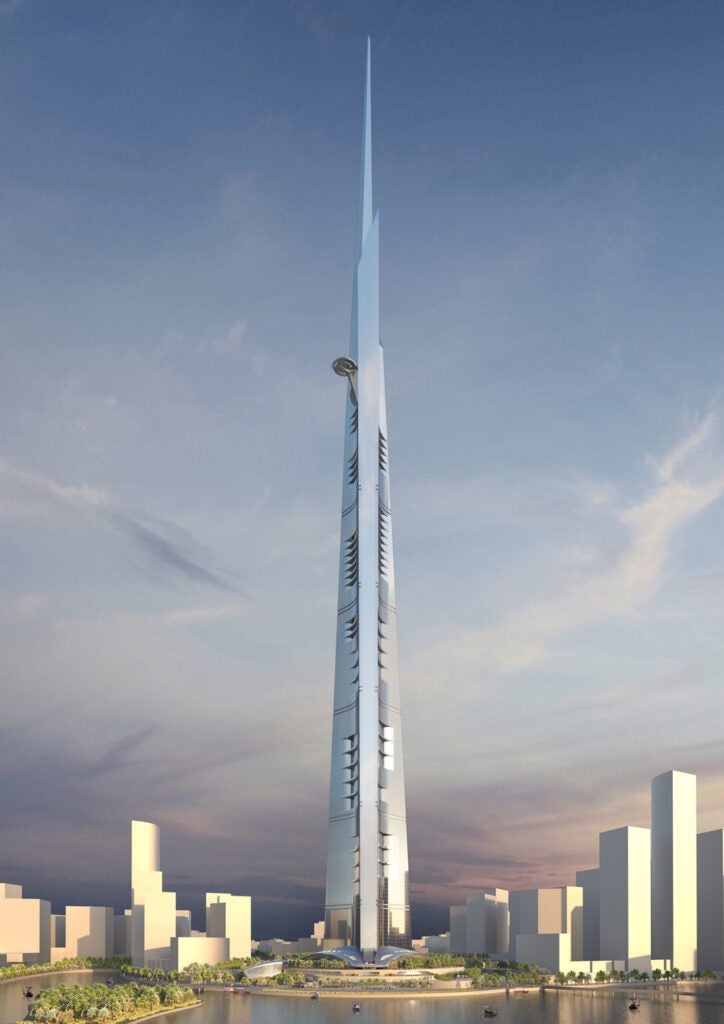 Kingdom Tower, in Jeddah, Saudi Arabia, is currently under construction with a planned completion date of 2018. It will be about 3,280 feet (1,000 meters, or one kilometer) tall, making it the tallest building in the world.

The raw, or annealed, glass is placed in an oven and then rapidly cooled, a process called heat strengthening, after which manufacturers or fabricators apply layers of metal coatings to achieve various performance qualities. Such coatings are applied in nanometer-thick layers, as thin as a one-thousandth of a human hair, often several on top of each other in a custom “recipe” designed to meet a building’s unique needs. For example, a client might want a glass that allows in maximum light but minimum heat.

Finally, for supertalls, the glass pieces will be cut and either laminated together or configured with a fraction of an inch of air between them, known as double glazing (for maximum strength, many supertall towers require triple glazing, with a laminated pair of glass panes and another thinner, single pane).

The result is a high-tech glass barrier that can be almost an inch thick: strong enough to withstand hurricane-force winds and reflect all but a fraction of the heat pouring across the Arabian Desert, yet flawlessly clear enough to appear invisible.