The US military has been testing out Reaper drones over Hawaii

The three uncrewed aircraft arrived in September, and are part of an exercise. Here's why the military is interested in the Pacific. 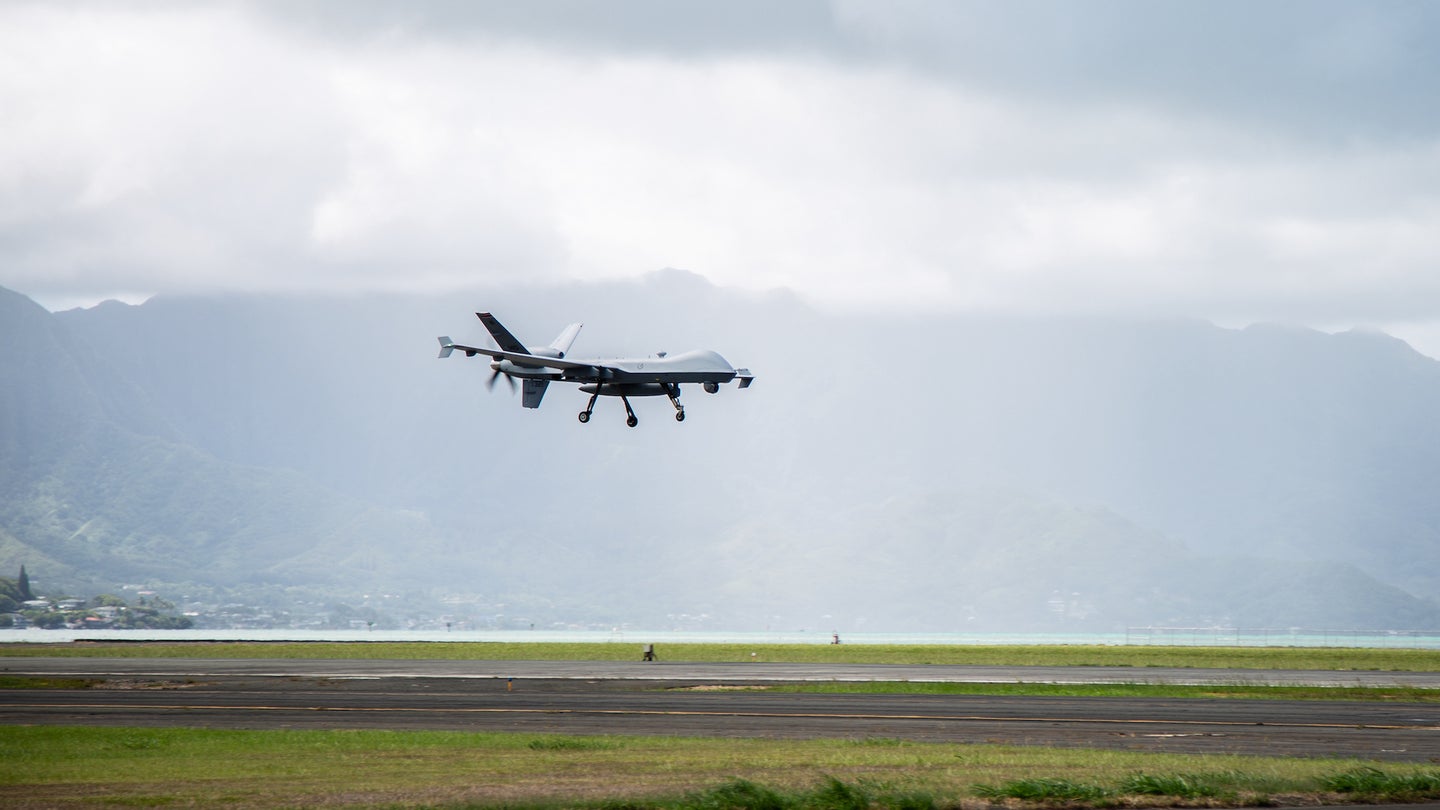 Three Reapers converged on Oahu, Hawaii in September. The drones arrived by air, one each from Nevada and New Mexico, the third transported in its carrying case, known as a coffin, also from New Mexico. This grim trio, the first Reapers deployed to the 50th state, were part of ACE Reaper, a training exercise with the goal of figuring out how the drones could be of use in a war in the Pacific.

An iteration on the iconic Predator drone airframe, the Reaper is the defining drone of the War on Terror, and saw years of action above Afghanistan, Iraq, Syria, Libya, Somalia, and Yemen. Predators, initially unarmed, were retrofitted with missiles. Reapers, building on that experience, were armed from the start.

Afghanistan is landlocked, and while the other countries familiar to Reaper operators are to varying degrees coastal, much of what Reapers have been used to track are terrestrial targets. This high-flying long endurance drone is a machine built to track people and vehicles moving over land.

While many of the theaters of the War on Terror are still active, the US withdrawal from Afghanistan was done in part because, as President Biden has said explicitly, “We’re engaged in a serious competition with China,” and “there’s nothing China or Russia would rather have, would want more in this competition than the United States to be bogged down another decade in Afghanistan.”

Geography dictates that any war fought between the United States and China, should it not end immediately in nuclear salvos, would be fought over islands in the Pacific, most likely the eastern Pacific. For the Marine Corps, which would do much of that fighting, that means learning to adapt decades of experience of war on land to island missions.

This means that the Pentagon has to find new uses for the tools it has on hand. The Hawaiian islands have long been used as bases for the US military. By operating out of Marine Corps Air Station Kaneohe Bay, on Oahu, the Reapers are able to fly over the whole island chain with ease.

[Related: This drone knows precisely where to drop a life-saving raft]

“The monthlong exercise, which ends on Oct. 8, focuses on bringing drones into the Air Force’s strategy of “Agile Combat Employment” — or ACE — which has included deployments of aircraft and troops to islands across the Pacific to spread out forces to make them harder for Chinese missiles to attack,” reports Honolulu Civil Beat. “It’s the third iteration of the exercise, but the first to involve Hawaii.”

For Exercise ACE Reaper, the drones flew to the Pohakuloa Training Area on the Big Island, less than 200 miles away from Kaneohe Bay.

“ACE Reaper provides important training for our aircrew, maintainers and support personnel,” Major Adam Smith, Exercise ACE Reaper deputy mission commander, said in a release. “This exercise sends a message to potential adversaries that the U.S. military is capable of responding rapidly to dynamic situations with a range of capabilities at anytime, anywhere in the world.”

Holloman and Creech have long operated Reapers, piloting them remotely with human crews switching out from control stations mid-flight so shift changes can take place. During Exercise ACE Reaper, the drones have been piloted remotely from Holloman. It’s likely that even after the exercise, when several Reapers will be based in Hawaii with the Marine Corps, they will still be flown remotely by pilots located elsewhere.

Training for war on islands and over oceans means adapting processes built for more arid environments to lush jungle, vibrant beaches, and vast swathes of open ocean. Some aspects of training and, presumably, future fighting will remain the same: Reapers are most useful in areas where people are likely to travel, and near urban environments. This kind of targeting comes with risk and error, for everything from target misidentification to follow-on explosions.

For now, the Reapers flying over the Hawaiian archipelago have been and will remain unarmed. The military currently conducts live fire exercises at Pohakuloa Training Area, despite public protest, and it’s possible that future armed training exercises could see the Reapers dropping bombs on the site.

While Oahu was the site of Pearl Harbor, that famous 1941 battle in the Pacific, actual fighting in any new Pacific war would likely take place far from Hawaii itself. By training with Reapers over the Big Island, the Marines are learning how to conduct missions on Guam, over Okinawa, or in any number of populated and abruptly contested islands.

It is likely that the Reapers will excel at the tasks assigned to them by Marines over land. What is yet to be determined is if a sensor suite, built for tracking technicals on mountain roads and desert plains, can find threats on and below the surface of the sea.