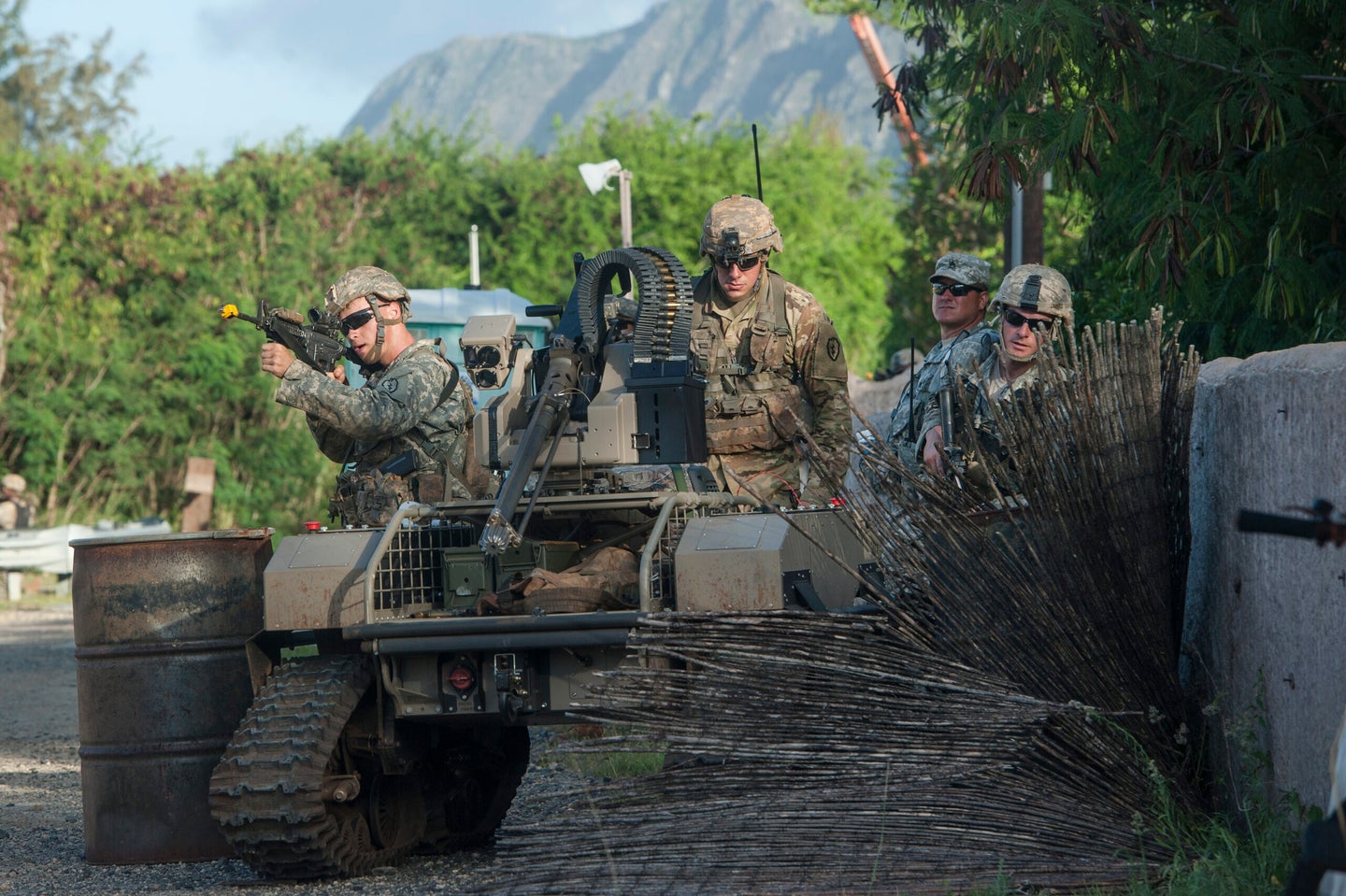 The robot is named MUTT, and it's a human that uses the gun on its back. Chris Hubenthal, Defense Media Activity – Forward Center Hawaii
SHARE

Soldier are preparing for war with robots. Let me rephrase. Soldiers are preparing for war, alongside robots. As part of the Pacific Manned-Unmanned Initiative, soldiers with the U.S. Army’s 25th Infantry Division tested prototypes of robots, to see if they might be useful in future battles.

Those robots included everything from the basic, like flying quadcopter drone scouts…

…to these tracked robots that carry guns and gear.

They’re called Multipurpose Unmanned Tactical Transports, or MUTTs, and while they aren’t exactly robots that fire their own guns, with a soldier on the back they turn deadly pretty quick. The training exercise was a showcase for new technologies, and a way to test them in situations like they might eventually see in combat. Robots are coming to the battlefields of the future, and the Army wants to make sure it brings the right ones.