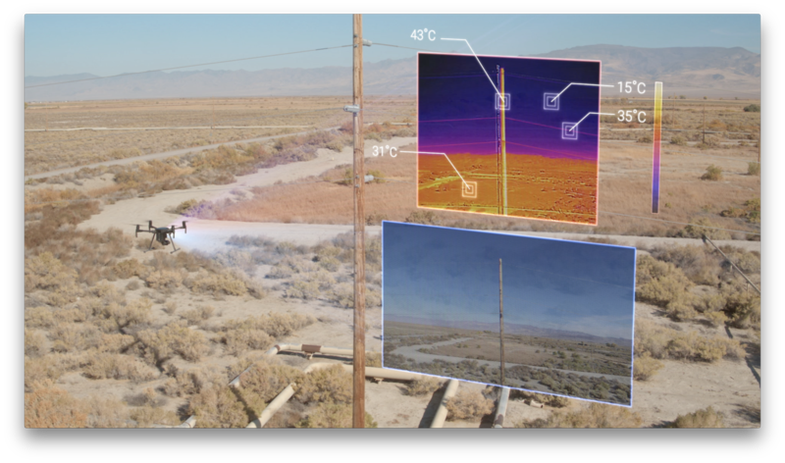 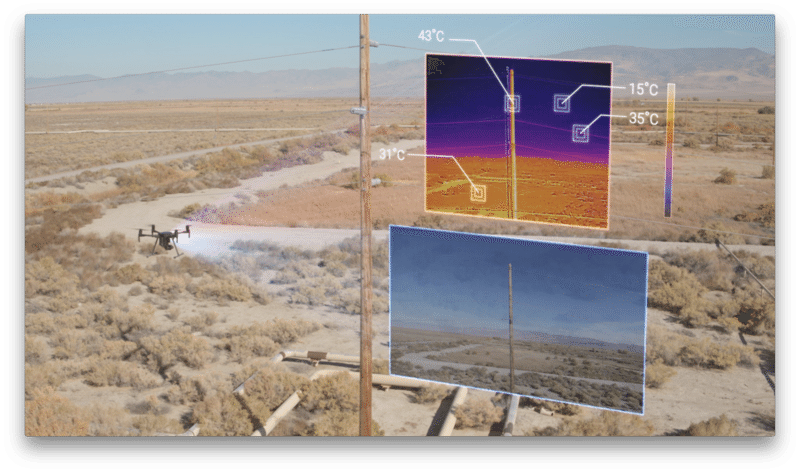 A new thermal camera is one of the first products users can integrate directly into the DJI M200 commercial drone.

DJI already has a pair of devices compatible with the new PSDK. The first is a thermal camera called the Zenmuse XT2, which it developed as part of its ongoing partnership with Flir. The camera itself has two imaging devices. One is a typical 4K camera, and the other has a radiometric thermal imager, which gives it the ability to effectively see heat.

The integration, however, goes beyond simply streaming two video feeds back to the user, and DJI has applied some of its consumer-style automated features. For example, you can use its QuickTrack mode to center the picture in a scene or switch to the thermal camera’s HeatTrack mode, which automatically follows the hottest object in its field of view. DJI touts it as a tool for firefighters who can get remote assistance from a pilot in real time, or someone monitoring conditions at a facility like a solar farm. 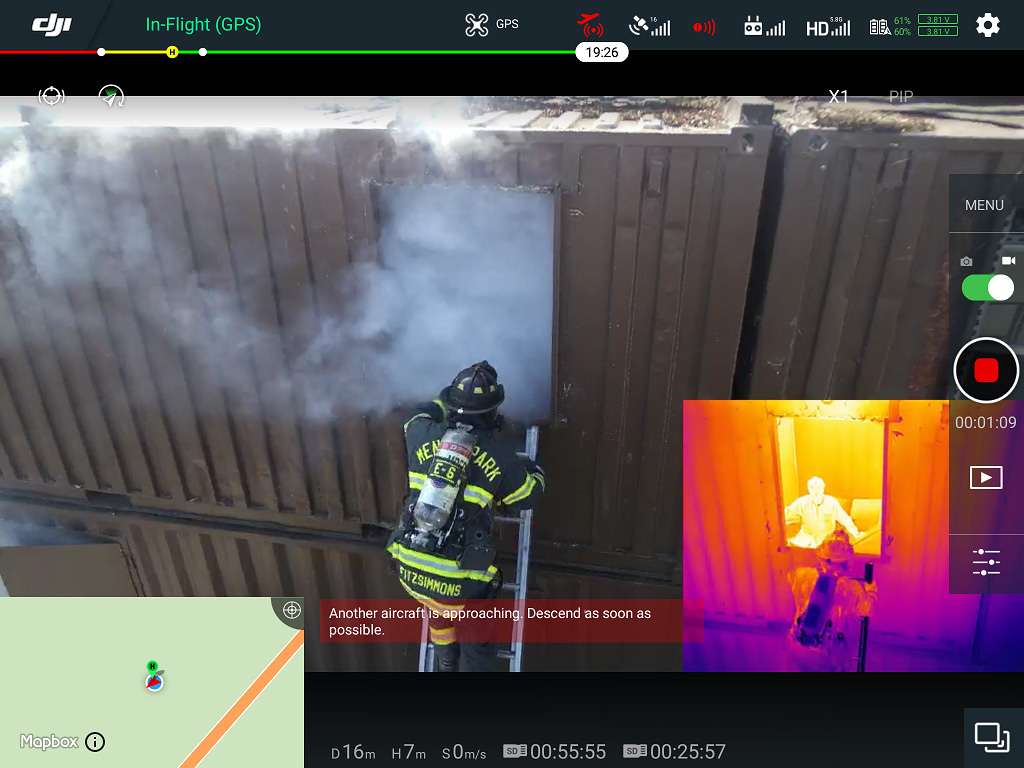 There’s both a standard and thermal camera on the Zenmuse XT2, which pilots can monitor in real-time during a flight.

The other launch partner is agriculture tech company Slantrange. Its new 3PX sensor monitors a cadre of agri-specific variables like plant growth, soil conditions, and irrigation system performance. There are sensors that can provide this kind of information now, but this typically involves sending up a geotracker with its own heavy battery and without access to the drone’s internal GPS. Users can now also see the data from the sensor in real time on the flight controller, rather than waiting for the craft to come back and uploading it. 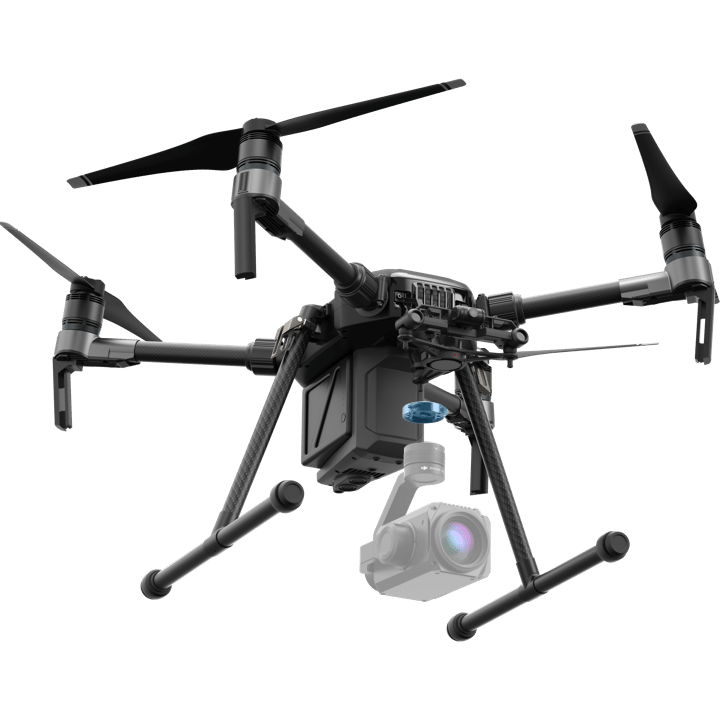 The coupling between the drone and the additional devices provides battery power and enables data transfer.

Drone maker DJI makes a lot of really fun, consumer-oriented flying machines. In fact, the company owns as much as 85 percent of the consumer UAV market, which makes them the leader in the category. The company’s most recent announcement, however, indicates that it’s increasing its efforts for commercial customers looking to employ unmanned flying machines for difficult, and often dangerous tasks like inspecting bridges and even fighting fires.

This week’s big announcement is the Payload Software Development kit, which is designed to allow third-party companies to integrate their tech directly into the M200 commercial drone on both a hardware and software level. Basically, DJI is turning its commercial flying machine into a more open platform that provides power, as well as real-time data delivery, for sensors like location trackers and thermal imaging devices.

On the hardware side, new gadgets attach to the gimbal on the bottom of the drone, which is an electronic stabilizing device meant to keep things like cameras and other sensors steady using gyroscopes, even during bumpy flights. The new Skyport adapter delivers power and transports data from any compatible device. This keeps users from having to send up extra batteries and transmitters, which add weight and shorten flight times. 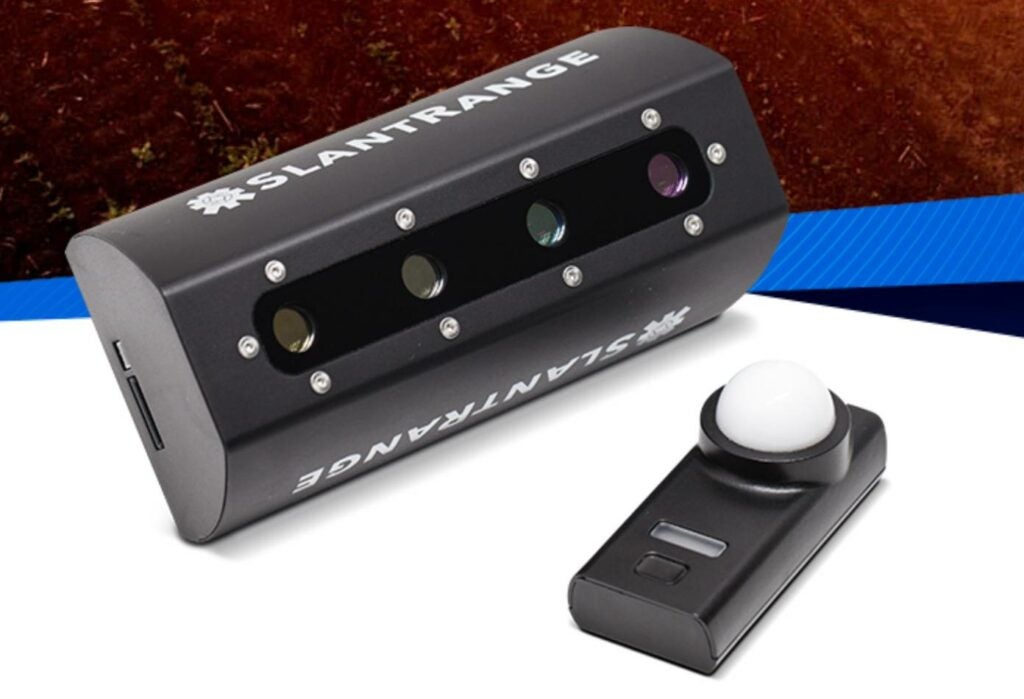 The rest of the field

Last year, Yuneec announced an SDK for its six-rotor commercial UAV, the H520. That drone has thermal capabilities as well, but that developer’s kit was strictly software-based, unlike DJI’s, which integrates third-party hardware.

If other drone companies want to catch up to DJI, they have a lot of ground to make up. Reports put the company’s total market share in North America at 50 percent, which includes the sub-$500 drone segment in which smaller, toy-like crafts do huge volume. DJI also just signed a deal with Japanese construction firm Komatsu to create a fleet of drones running a custom machine-learning software.

There’s no talk yet about whether or not this kind of software or hardware SDK could make its way to consumer drones, but it’s not hard to imagine a world in which companies use DJI as a platform for making after-market accessories. If Flir can make a thermal camera that works with a smartphone, adding it to a $1,000 drone doesn’t sound like much of a stretch.