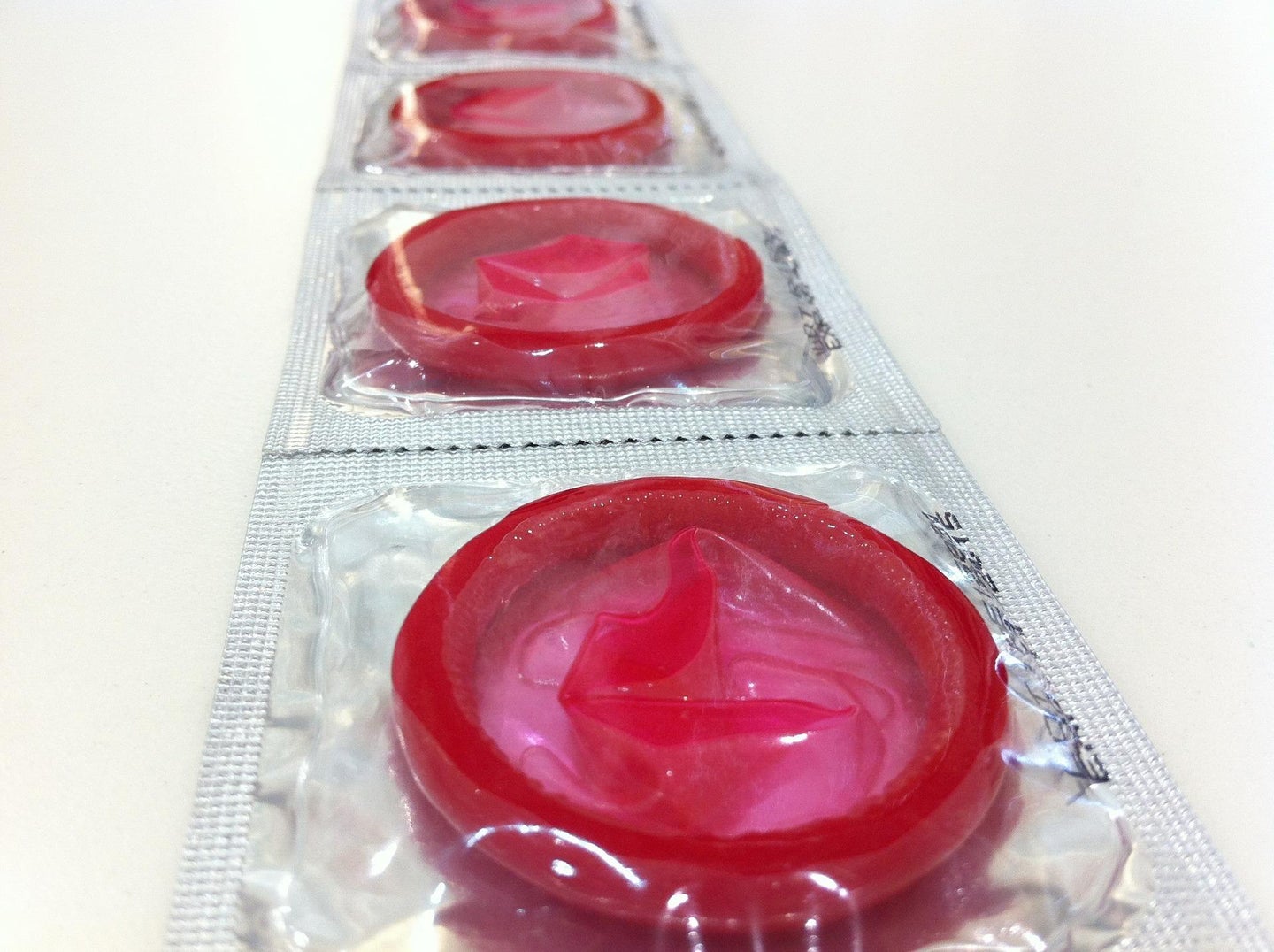 Condoms save lives and prevent infections. But besides their clear health benefits, no one is exactly celebrating the way they feel. New research reports a chemistry-based approach to the problem: a coating permanently bonded to the condom that makes it hydrophilic, so that it attracts the water present in bodily fluids and becomes slick and slippery.

Most condoms are made from natural latex, and the silicon-based lubricant that’s frequently pre-applied isn’t perfect. “It actually wears away and rubs off and therefore it exposes the rubber surface, which then increases more frictional forces and discomfort for the users,” says Stacy Chin, a chemist, one of the coauthors of a new paper on the technology, and the CEO and cofounder of HydroGlide Coatings, the company aiming to commercialize the tech.

Chin and the other researchers on the project aimed to create a permanent coating for the surface of condoms that would keep them slippery for a long time. Ideally, that means users could skip the lube, whether it is water-based (which can “absorb into body tissues,’ according to the study) or silicon-based (which can “dissipate from the site of articulation,” the study says). “A lot of people are not happy with the silicon feel, because it gets kinda tacky, and it’s very messy for cleanup as well,” Chin points out.

As the recently published paper describing the research reports, the process of adding the coating to the latex involves applying two different chemical coatings, then shining a UV light on it for half an hour. The end result is that the two different parts of the coating, plus the latex, all bond to each other. Getting it to properly attach to the latex surface is crucial, because latex can actually stretch to 500 times its original size.

And of course, the fact that the polymer coating is hydrophilic is key, so that “when it is in contact with water or body fluid, it becomes very slippery and lubricating,” Chin says.

It’s natural to wonder how they test innovations like a self-lubricating condom. And yes, there was a “touch test.” But it was anything but scandalous. According to the research paper in the Royal Society Open Science journal, a very small group of people—just 13 men and 20 women, ages 24 to 58—were asked to “feel and compare” three different options: regular latex, regular latex with a water-based lubricant on it, and latex with the novel coating on it. Participants touched them before and after the samples were exposed to water. They ranked them on a seven-point scale, with seven being the best (or “most slippery”) and one being the worst (“most sticky.”) The winner before the water application was traditional latex with a water-based lube, but after a splash into the water, the victor—with a slipperiness score of 6.24—was the latex with the new hydrophilic coating. (The study also reports that both regular latex and the coated stuff held up the same in mechanical stress and leak tests.)

The traditional latex covered with a water-based lube actually became less slippery after a water dunk, but the researchers concede in the “Limitations” section of the paper that they didn’t use a silicon-based lubricant for that test—those kind of lubes are the most common and “more resistant” when hit with water. They note that work in the future should include a silicon-based lube test. (They also point out, perhaps defensively, that “silicone lubricants nonetheless slough away from the site of intercourse with time.” In other words, silicone lube isn’t exactly perfect either.)

It’s easy to giggle about condom slipperiness and touch tests, but the stakes are high because condoms are so good at what they do. The World Health Organization reported in 2015 that by one analysis, they prevented some 50 million HIV infections; that’s because, as the Centers for Disease Control and Prevention describes it, the latex devices are “highly effective” at stopping that virus and are a good barrier “against even the smallest STD pathogens.” (Plus, they guard against accidental pregnancy.) Chin and other researchers on the team received funds from the Bill and Melinda Gates Foundation, who for five years have had a high-profile initiative to spur research to improve condoms; these are some of the other ideas that have come out of that drive.

Meanwhile, in the US in the 2017, STD rates broke a record, with 200,000 more infections of syphilis, chlamydia, and gonorrhea that year as compared to 2016—a total of almost 2.3 million cases. In short, putting on a little latex garment is a good idea.

Chin says their next step is to carry out a larger trial than just the 33-person touch test. “We hope to have something within the next several years,” she says.