The FCC voted to open up more space in the spectrum for connected devices. 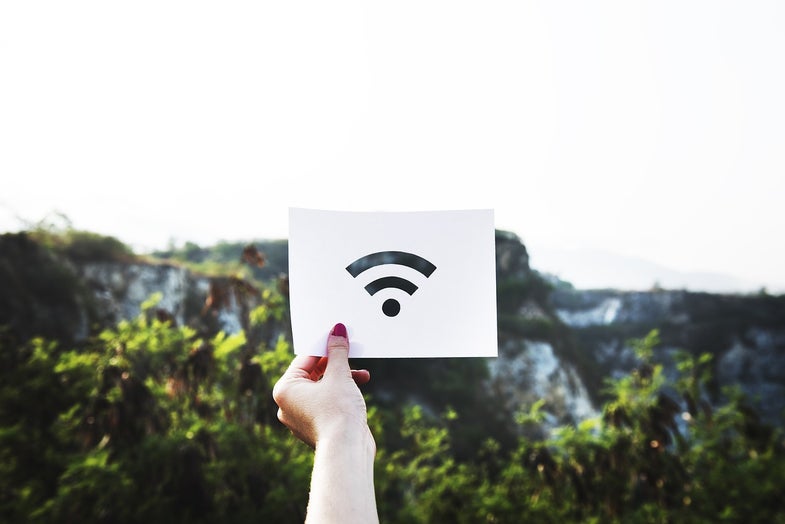 Whether you’re sitting in a crowded Starbucks or in your busy home streaming Netflix, you want the Wi-Fi network to be fast. Earlier this week, the FCC suggested a change that could help make that happen: they proposed allowing Wi-Fi devices to use a new part of the wireless spectrum that they don’t currently have access to.

Think of it like the congested highway you use to drive to work suddenly getting new lanes, or getting an entirely new highway to commute on—things hopefully start moving quicker. “It will give people faster Wi-Fi, basically,” says Anthony Rowe, an associate professor of electrical and computer engineering at Carnegie Mellon University and a member of the institute’s CyLab.

Rght now, many routers work on two different frequencies—either 2.4 GHz or 5 Ghz. The 2.4 band (it’s one small swath of frequencies in that neighborhood) has a reputation for traveling further, but offering slower speeds, mostly due to congestion and interference. The 5 Ghz band is known for not going quite as a far distance-wise, but providing faster speeds, so those episodes of The Good Place don’t need to buffer; there’s more bandwidth in what’s actually three different frequency segments in that frequency region.

What the FCC proposed is opening up a big new part of the spectrum—the 6 Ghz region—for Wi-Fi. It’s not a done deal yet, but after a public commenting period and then another vote, it could be. Some of the primary opposition voices claim the new deal will favor large companies with licenses that could hurt smaller providers.

All these radio waves, regardless of frequency, are traveling at the speed of light, so the real reason you could hopefully download the Bourne trilogy quickly before your next long plane flight isn’t the exact frequency number—it’s the bandwidth available. “Opening up more bandwidth basically means that you’ll have more capacity to send information, which means faster download and upload speeds,” Rowe says.

Think of it like three trucks moving down a three-lane highway, compared to one truck moving down a one-lane highway at the same speed: more lanes brings more goods in the same amount of time. By Rowe’s estimate, the amount of bandwidth available on the new 6 Ghz swathe is nearly three times what’s free in 2.4- and 5-GHz land.

This new region isn’t totally virgin territory: Earth-to-space communications and data transfer in the oil and gas industry use this frequency region, as do others, according to the FCC. But the idea is that Wi-Fi (which recently simplified its naming system, if you’re keeping track) could coexist with those players.

Besides home Wi-Fi, this change could also benefit crowded places, like airports and stadiums, where everyone wants to be on the same network.

In fact, it’s the Wi-Fi in those crowded indoor spaces—like a packed neighborhood coffee shop—that could see the most benefit from the new 6 GHz frequency range, says Muriel Medard, a professor in the electrical engineering and computer science department at MIT. That’s because if you’re in an empty Starbucks and have the network all to yourself, the connection speed might just be fine as is with the current system. But when tons of people log on, you really want that extra bandwidth, which is what the new 6 GHz territory can really help with. It is, she says, “nice spectrum real estate.”