The world’s largest aircraft is lumbering toward its first flight

Recent taxi tests ramp up the speed of the world’s largest aircraft. 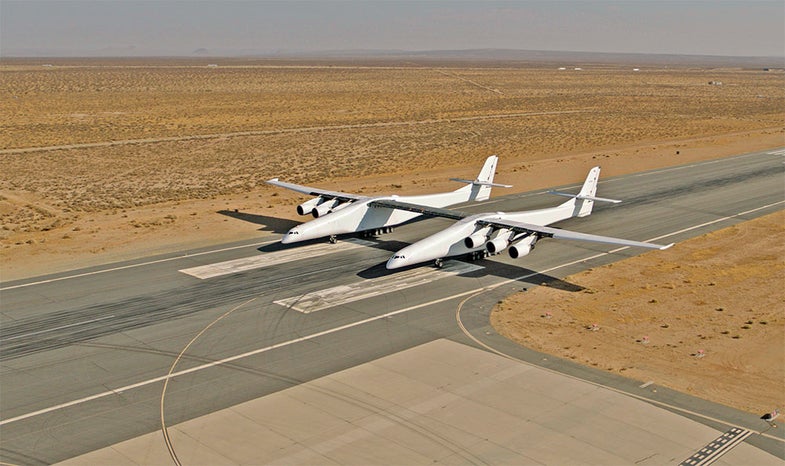 This short story was originally published on Flying Magazine. It has been edited slightly to add more information.

California-based Stratolaunch Systems Corp has released a video showing good progress in the extensive taxi testing that precedes the upcoming first flight of the largest aircraft in the world by wingspan. The dual-fuselage, six-engine jet reached speeds up to 40 knots while cruising down Mojave Air and Space Port’s runway 30.

The runway is 12,503 feet long, providing plenty of space for the plane to accelerate and decelerate during the testing. However, the wings of the Stratolaunch span way beyond the 200-foot wide runway. The Stratolaunch measures 385 feet wide and 238 feet long. That wingspan is nearly twice the width of the runway.

The ultimate goal: use its six Boeing 747 engines to launch rockets into space from the air. To do that, it’ll first have to get off the runway.