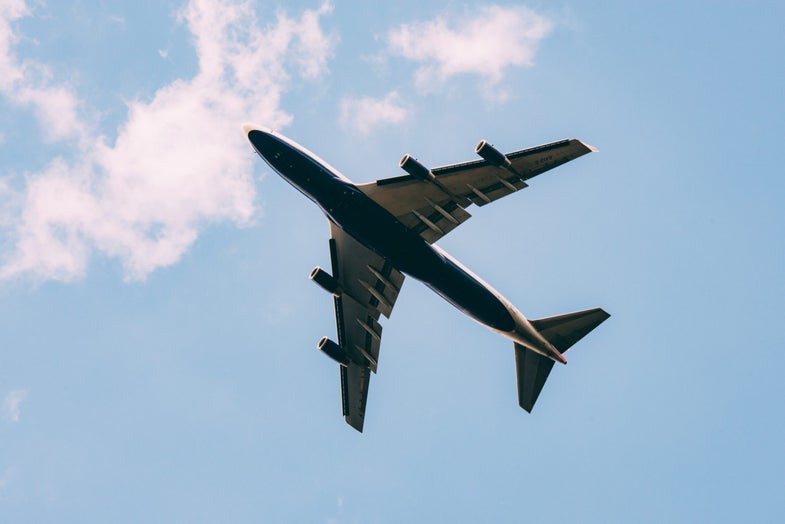 Not a single person perished in a commercial passenger jet crash in 2017, making the year an extraordinarily safe one for flying. New reports from two separate organizations in the Netherlands summarize just how incredibly safe it was to take to the skies commercially, and aviation experts say that the recent streak is simply a part of trend going back years (so feel free to ignore that tweet from the President claiming it’s his doing.)

And it’s been a record-breaking 400-plus days since the last commercial passenger jet crash anywhere in the world, according to the Aviation Safety Network’s CEO, Harro Ranter.

The key turn-around decade for aircraft safety was the 1990s, says Mary Schiavo, an attorney and a former Inspector General for the U.S. Department of Transportation. “You can see dramatic changes if you look at the progress of aviation safety over time,” she says, “with collision avoidance systems, advanced ground proximity warning systems,” and improved air traffic control.

Schiavo also says that “crew resource management” has helped, too—that’s an industry term that refers to how pilots communicate with each other. They should, she says, “continually challenge each other.”

Like Schiavo, Ranter of the Aviation Safety Network says that the “extremely safe” past year is part of a progression going back two decades—and multiple factors are to thank for that. “It’s not just one invention or something like that,” he says. In general, he says, the industry has been learning over time from incidents they’ve investigated. He also touts engine reliability and more automation.

Then there are the benefits of anonymous reporting, Ranter says, in which pilots and others, like air traffic controllers, can confidentially report incidents, even minor ones. For example, in the United States, since 1976 NASA has hosted the confidential Aviation Safety Reporting System. It then publishes a database and newsletter with the results of those incident reports.

It can be a candid glimpse at what happens behind the scenes: In the December edition, the industry newsletter reported that a pilot was told a snake had been spotted in the cockpit—but hadn’t been found since. The captain asked for a new plane. “I contacted Dispatch and discussed with them that I was uncomfortable taking the aircraft with an unknown reptile condition.…” the pilot wrote. “The possibility [existed] that a snake could expose itself in flight, or worse on the approach, come out from under the rudder pedals.” According the newsletter, while that captain got a new aircraft, the plane in which the serpent was spotted went into use anyway.

Adrian Young of To70 echoes Ranter and Schiavo and says that the safe streak is not just a recent phenomenon. “This is the result of decades of work making aviation safer and safer,” he says. He also points to stronger, less flammable planes as a safety boon, as well as keeping the areas around runways and airports obstacle-free.

Flying is still inherently a risky business, he says, and he’s worried specifically about the proliferation of lithium-ion batteries we all now carry in smartphones, laptops, and squirreled away in suitcases in the baggage compartment. “It’s something that has the whole industry’s attention,” he says.

Finally, for those interested in knowing what airlines not to fly, the European Union keeps a so-called blacklist of carriers that aren’t allowed to operate in the EU. One of those on the list, from Indonesia, is also one of the airlines that crashed in 2017, claiming a single life.

“That’s a list of airlines you should not board,” Schiavo says.