The plummet-proof design is a drone for now, with dreams of carrying people 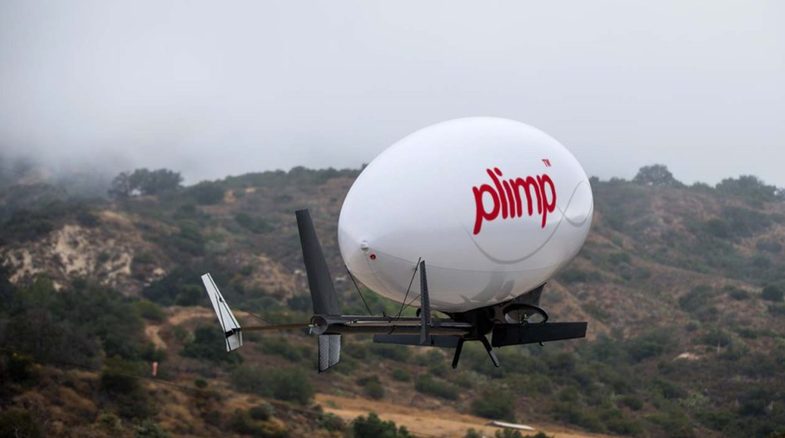 The Plimp uses a blimp-like body to prevent hard crashes and a plane-like body to maneuver through the sky. Egan Airships
SHARE

In 1908, five years after the Wright Brothers first flight at Kitty Hawk, U.S. Army Lieutenant Thomas Etholen Selfridge earned the dubious distinction as the first person to die in an airplane crash. In fact, the early years of aviation are littered with bodies. Last week, a pair of brothers in Washington state debuted an aircraft they see as the answer to the long-sought dream of perfectly safe flight. With a rigid, winged body held underneath a massive helium-containing envelope, their craft is billed as a fusion of both airplane and blimp technology. It is called “Plimp.”

Egan Airships, the company formed by twin brothers James and Joel Egan, debuted their Plimp at the InterDrone exposition earlier this month. The first model is unmanned, making it a plane blimp drone, built within FAA limits. Because half of the weight of the vehicle is offset by the helium envelope (the big, blimp-like pouch on the top of the vehicle), the craft is larger than a typical drone: 28 feet long, and 7 feet in diameter. The Egan brothers first seriously explored the possibility of building such a craft in 1999, but materials at the time were too heavy to make it all work. In 2012, they revisited the idea, with an airframe made of carbon composites, which are light and strong enough to form working Plimps. The idea for Plimp gestated long before then.

“We came up with the idea as children” says James Egan, “experimenting with helium balloons and balsa glider airplanes in our father’s garage.”

Their father was a Boeing engineer, though both James and Joel pursued careers outside of aviation. When they decided to make good on the Plimp, they sought out Dan Raymer, who previously worked on the Dynalifter airship. The resulting craft uses small wings for lift and electric propellers for thrust, letting it take off and land vertically while maneuvering in the sky with more dexterity than one expects from a blimp.

Presently, it can carry a payload of up to 14 pounds, though there is a tradeoff between payload size and battery size. With a 5 pound payload, like a camera slung underneath, the Plimp can fly for up to an hour while cruising at 30 mph. It is, as a 55 pound commercial drone, still governed by basic FAA restrictions, like flying within the line of sight of the pilot. But because it’s massive, for a drone, that line of sight is up to 3 miles. And besides range, the Plimp is attempting something almost unheard of in the history of aircraft: a guarantee that it will not plummet.

Egan Airships claims that the envelope is strong enough that it won’t break even if someone stabs a knife into it, or shoots at it with a rifle or a shotgun. With envelope intact, in an unpowered descent, Plimp’s downward speed will top out at 9 mph, which is survivable for all involved. That’s a big selling point for future, larger, people-carrying Plimp designs, and it’s also important for the drone model since it means any expensive equipment attached to the drone is highly likely to survive any possible crash.

For the initial, unmanned version, which will carry a price tag in the low six figures, Egan Airships are looking at a range of customers, from farmers who want to more efficiently survey large fields, to the Coast Guard and the Department of Homeland Security, for patrolling vast empty swathes of land and sea. It could also work for advertisers, eager catch eyeballs in a new and novel way.

“It can do stunt shows,” says Joel Egan, “which is more than a billboard can do.”

The current model Plimp is just the start of the ambitious dream of Egan Airships. Presently, they’re applying for FAA waivers to both build above the 55-pound limit, and to operate over crowds, thanks to the safety of the Plimp’s big buoyant pouch.

And the ultimate dream is to move beyond a stable, safe drone to into a new form of human transportation. The Egan brothers gushed about the possibility of a 150-foot-long Plimp shuttle that could take 12 people from Seattle’s airport to the Microsoft campus in six minutes (a journey of just under 16 miles, as the Plimp flies), or a cargo and transport mission that could deliver medicine across the Amazon, where cars and boats can’t go, needing only a small clearing to land.

Placing themselves in a long line of aerial innovation, the brothers see the Plimp as the first step into a new era of safe flight.

“Every one of these things, from balloons to dirigibles to planes to helicopters, was a race where people got hurt,” says Joel Egan, “and by hurt, I mean dead.”

If the Plimp can live up to its promise, if the strange plane-blimp hybrid is as safe and as useful as promised, then it may fulfill a vision of airships spelled out in Popular Science in 1923, of a bright future of transportation enabled by airships.

Before such dreams can take off, though, the Plimp likely has to find a niche for itself as a drone. Watch it in flight below: