Cameras, IR sensors, gyroscopes, and more help prevent you from smashing this aircraft. 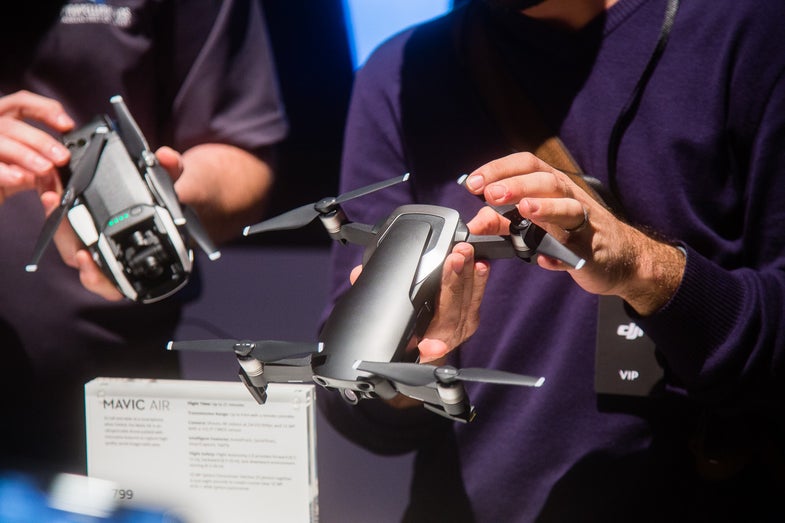 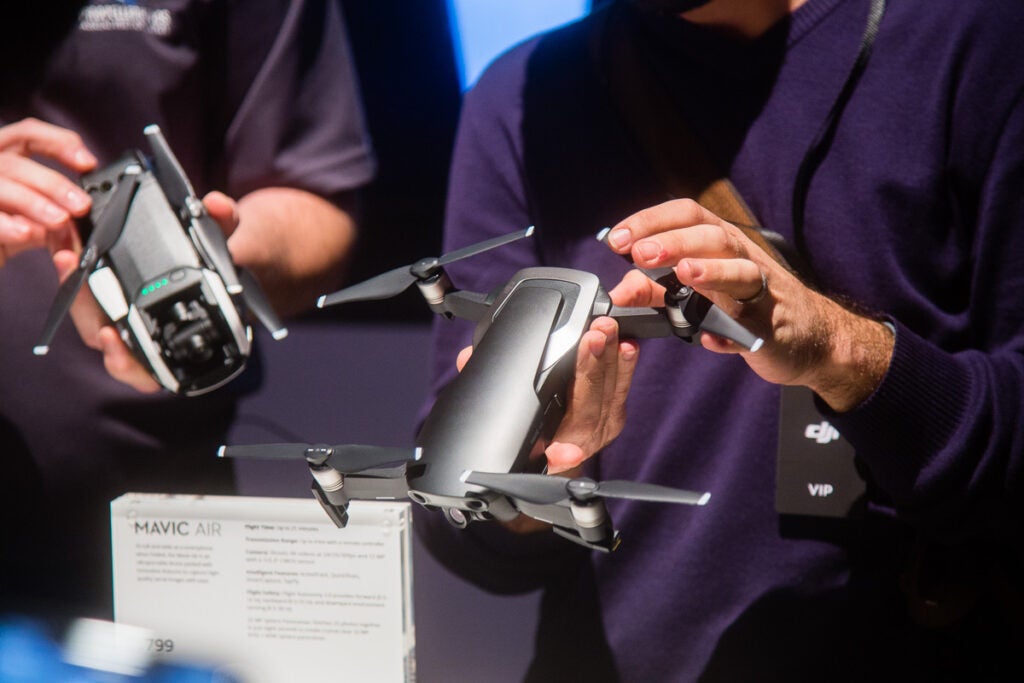 The rotors fold into the body on the Mavic Air, just like they did on its predecessor, the Mavic Pro.

There’s a real sense of accomplishment that comes from learning how to nimbly pilot a drone. Unfortunately, that’s also frequently accompanied by a nervous anxiety stemming from the potential for your pricy flying machine to smash into a tree, mountain, building, or any other hard object. Luckily, modern drones have obstacle avoidance tech inside to cut down the chances of collisions, and DJI’s new $799 Mavic Air is chock full of sensors and computers to keep your craft in the air and out of the “drone fails” section of YouTube.

DJI announced the Mavic Air at a press event earlier today in NYC. It was the public’s first chance to see the revamped guidance system, which works similarly to a self-driving car. Sensors look around the environment and processors use algorithms to interpret that data and guide the craft down the path of least obliteration.

The most obvious sensors on DJI’s new drone are the seven cameras. The main camera’s primary function is to create 12-megapixel still images and 4K video, but it’s also tied in with the rest for navigation purposes. The other six cameras are arranged in pairs on the front, back, and bottom of the drone. The space between them creates two slightly different perspectives on basically the same field of view, which allows the system to calculate depth. The two-camera setup is a common method for capturing 3D video. The previous version didn’t have rear-facing cameras, which means the Air has considerably more coverage of its 360-degree surroundings.

In addition to the traditional cameras, the Mavic Air has a pair of infrared sensors that face the ground to help create a 3D map of the environment below. This comes in handy when typical cameras struggle, like when there isn’t enough visual contrast for it to make sense of what it sees. So, if the drone is flying over a field of visually identical and ever-shifting grass, the regular camera won’t be able to find many usable landmarks with which to navigate.

Lastly, of course, it has built-in GPS for when you’re flying it outside and you can get a reliable signal.

The sensors have built-in redundancy in case one system goes out. For example, the downward facing cameras can help orient the drone even if the internal compass experiences interference. 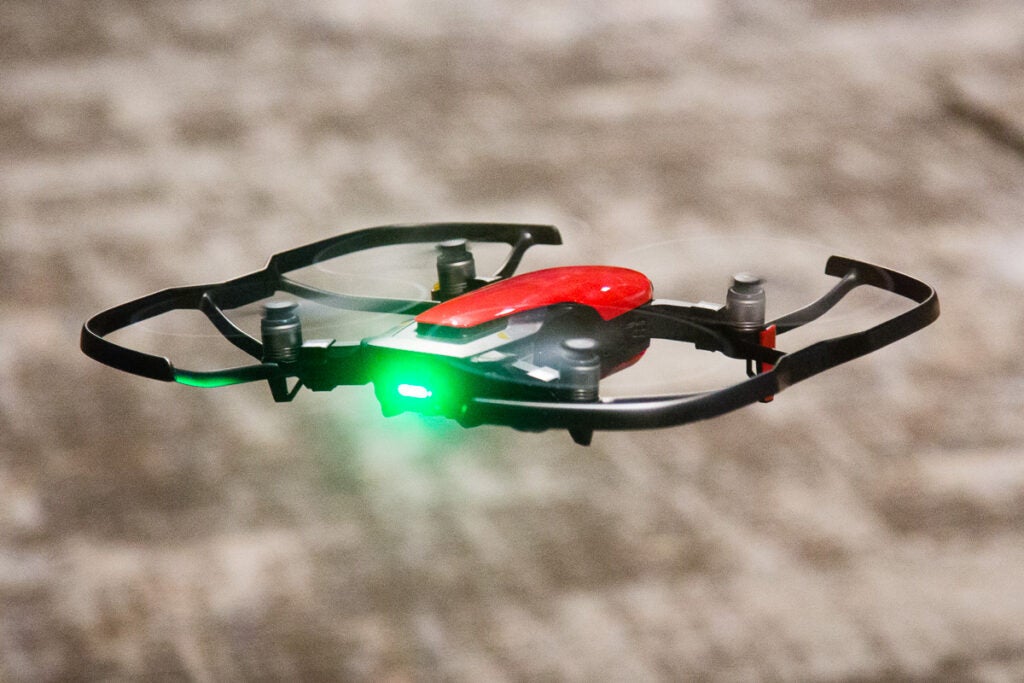 In addition to the hardware upgrades, DJI has also improved its algorithms for crunching all that data it’s sucking in. For instance, instead of stopping when the drone sees an object in its path, it will now examine the 3D map of the terrain it created and look for a clear path around the obstacle. I got to demo this at the announcement even today and it’s impressive, at least in a controlled environment.

When the drone is flying, the IMU tracks its attitude and speed, while the dual cameras image the ground. This helps the drone keep track of its relative position, even when it can’t access GPS. That’s increasingly important for a drone that’s small and light enough to fly around inside.

DJI also claims that these systems increase the reliability with which it can return to the point from which it took off. The camera takes an image of the takeoff point, and the IMUs track the flight progress in real time to help the craft backtrack to where it started. Like the Mavic Pro before it, it also takes a picture of the ground as its taking off and uses that as a reference when it’s trying to return home and land.

If you manage to explode the Mavic Air, it probably won’t look this organized.

The drone is the pilot

Ultimately, it’s clear that DJI has had success with its assistive systems. The company has already revamped the subject tracking features. You have to have to draw a box around the subject you wanted it to track, but now it’s a simple tap. It can track up to 16 individual subjects and lets you switch between them on the fly.

DJI has also added two new automated shooting modes, including one that sends the drone flying in a boomerang shape around a subject that stays centered in the main camera’s frame.

Gesture control, which allows a pilot to guide the drone around using hand motions, have also gotten a serious upgrade in terms of sensitivity and responsiveness. In the short time I was able to experience the drone today, the craft’s responses to gestures seemed much snappier.

The most interesting thing about the Mavic Air, however, is that it’s a pro-grade drone that you don’t really need to fly on your own if you don’t want to. Between the gestures and the automatic flight modes, you could—at least in theory—get decent results without ever touching the joysticks on the included controller or even using the controls in the app.

Even if you’re a more seasoned pilot, better object avoidance is almost always a welcome features. A close call with a pine tree is never fun, no matter how much skill you have.