$2 million competition aims to make jetpacks a reality by 2019 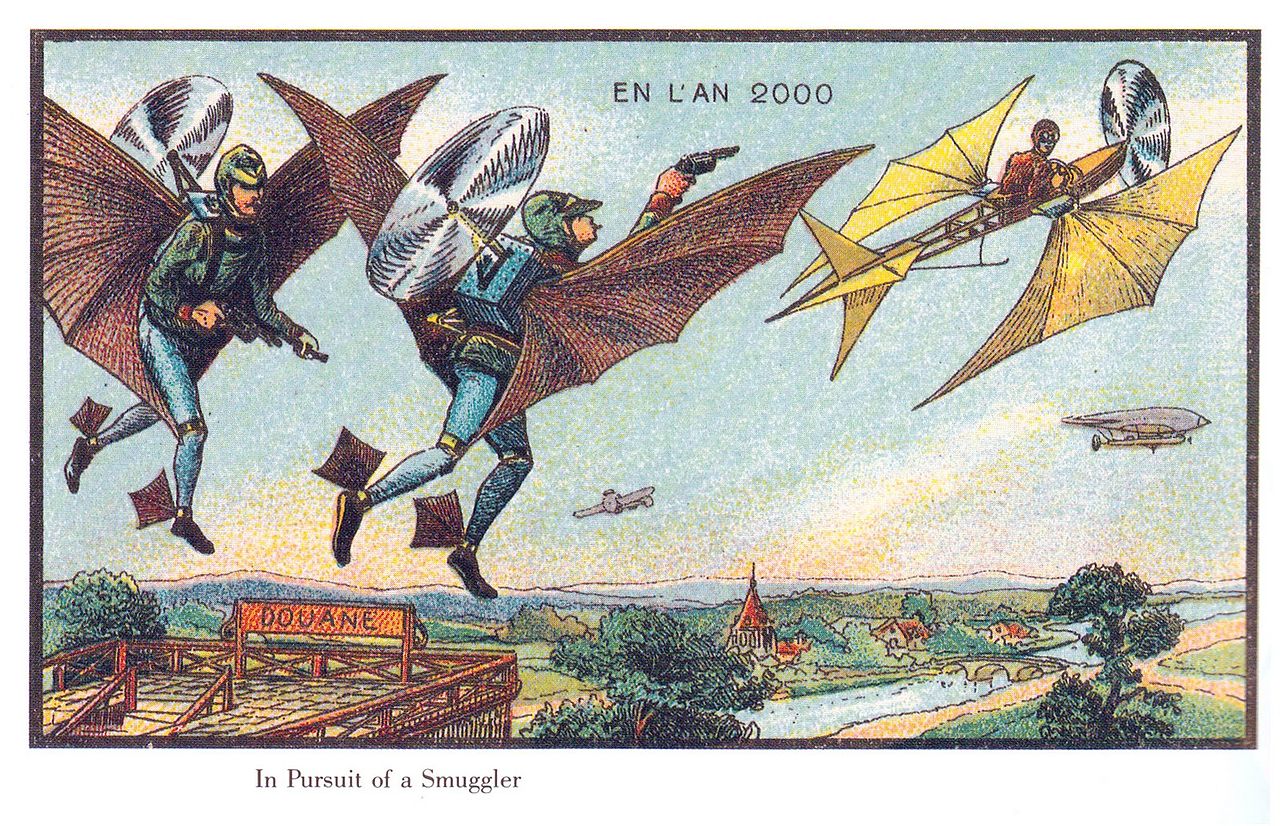 The dream of flight was never meant to be confined to a 28-inch seat with 150 strangers and miniature bags of pretzels. Early aircraft were fabric and wood extensions of their pilots’ bodies, technological exoskeletons carrying a dream into the air. While the laws of aerodynamics and engineering drove planes into long aluminum tubes with wings, fiction maintained the dream of a personal flying tool that people could strap to their back, ride through the air, and then arrive intact and on-time at work. For decades, inventors endeavored to turn jetpack from fictional whim to real machines, with some limited success, but nothing so world-changing as to enter the mass market. GoFly, a Boeing-sponsored competition announced today, wants to turn jetpacks from an aviation novelty to an everyday tool. To do that, it’s inviting people from around the world to enter a two-year contest, with $2 million total in prizes, for the creation of a personal flying device that can carry an individual 20 miles without refueling or recharging.

“When people look at the sky and say ‘look, that plane is flying,’ we want to change it to “‘look, that person is flying,’” says GoFly CEO and founder Gwen Lighter.

Animating the GoFly vision is a combination of childlike wonder and modern technological convergence. Jetpacks in fiction and for use in outer space predate GoFly by decades, and even the U.S. Army intermittently funded research into personal flying platforms from the 1950s through the 1970s. But it’s a slew of modern technologies that has Lighter and the rest of GoFly so bullish on modern jetpack variants.

First, there’s autonomy, like that seen in the development of self-driving cars, which could make plotting flights safer. (Though, it’s worth noting, cars mostly operate in two dimensions, and navigating a vertical axis is a further challenge unto itself). There’s also the increased capacity of batteries, with Lighter specifically citing the example of an all-electric bus that claimed a 1,000 mile trip on a single charge. There are the cheap and sophisticated stabilization controls from the world of drones, which can automatically hold aircraft in level flight. And there’s the preponderance of strong lightweight materials, which make unusual vehicles like the Plimp possible, when they wouldn’t have worked decades ago. And then there is the advent of 3D printing and metal-printing, which means anyone from a photographer in Thailand to a Marine corporal on a pier in San Francisco can rapidly prototype new designs, taking innovation outside large corporations.

It’s this potential innovation that GoFly hopes to harness. The competition will operate in three phases. For the first phase, teams will submit a written report by April 18, 2018 and a preliminary design, with 10 winners selected for a $20,000 prize each. The second phase requires a written report and a vertical takeoff demonstration, with submissions ending February 6, 2019. The four best entries from phase two will earn each winning teams $50,000. Importantly, teams don’t have to win in Phase I to be eligible for Phase II, and don’t have to win in Phase II to be eligible to compete in Phase III. Finally, in October 2019, teams invited to the final “flyoff” will fly around a specialized course. There are standalone prizes of $250,000 each for the smallest eligible design, and the quietest eligible design, and then an overall winner will be chosen based on safety, size, noise, and speed, earning that team $1,000,000. There’s also a stand-alone $100,000 prize for “disruptive advancement of the state of the art.”

The GoFly competition is sponsored by aviation giant Boeing, and functions as both a prize for a working flying machine and an incubator for aviation ideas. Teams that choose to participate can gain access to mentors from across the aviation entry, and at the end, Lighter hopes that the process will catalyze the creation of a mini-Ford, a mini-GM, a mini-Chrysler for a brand new innovation industry.

Lighter is quick to point out that, while this is all about flying machines, it’s not aimed at replacing long-haul jets. The target goal of 20-mile flights is based around commuting and errands, so it might make more sense to see these flying machines as competition for bikes and motorcycles, as much as anything else. By 2050, 70 percent of people on earth will live in cities, which poses a challenge for already stressed infrastructure across the United States. Lighter sees the machines GoFly will catalyze, which requires nothing so much as open sky and courtyards for takeoffs and landing, as a potential solution to run-down infrastructure.

“GoFly hopes to inspire a future where people have another mode of transport,” says Lighter, “where personal flying devices alleviate the congestion. It’s a little bit of utility, and a little bit of making people fly.”

Jetpacks, and personal flying devices, are forever a sort of near-future technology. Popular Science has documented this dream for decades, from rocket wings in the 1950s to modern attempts, like fan-powered backpacks, sometimes injurious short-flight jetpacks, canal-based waterjet powered firefighters and even compact hovering boards. Nothing, yet, has the range or the safety that GoFly appears to want, to say nothing of the compact speed, quiet flight, and 20-mile range. Yet it’s a dream that persists, and as the slew of modern attempts suggest, one that might, with the right conditions, go from near-future possibility to present-day working machine. GoFly hopes to be that catalyst, to light a fire that results in a whole new ecosystem of strange and useful flying machines.

“At our hearts we are all those young kids who would build crazy contraptions,” says Lighter, “and then throw ourselves out of trees for one more millisecond of lift more.”