This consumer-grade flying machine can see in every direction. 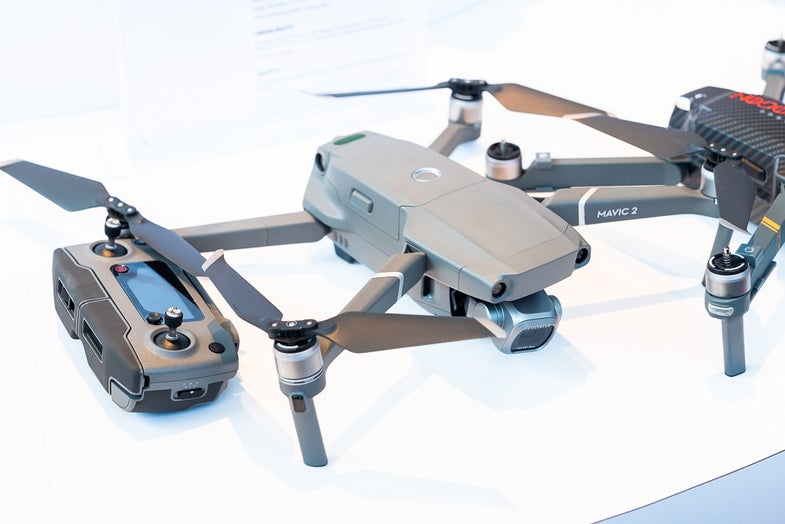 Today, drone maker DJI introduced the update to its folding flying machine, the Mavic Pro. There are two new models of the Mavic 2, including the Pro and the Zoom, the latter of which is the first consumer-oriented UAV with a true zoom lens. What’s particularly appealing to a clumsy pilot like myself, however, is the new object avoidance system, which can see in every direction around the craft, including what’s happening above it.

The original Mavic could see in front and beneath itself, but the new Mavic 2 can now sense possible catastrophe-causing objects from any direction. Here’s a rundown of the sensors and their tasks. 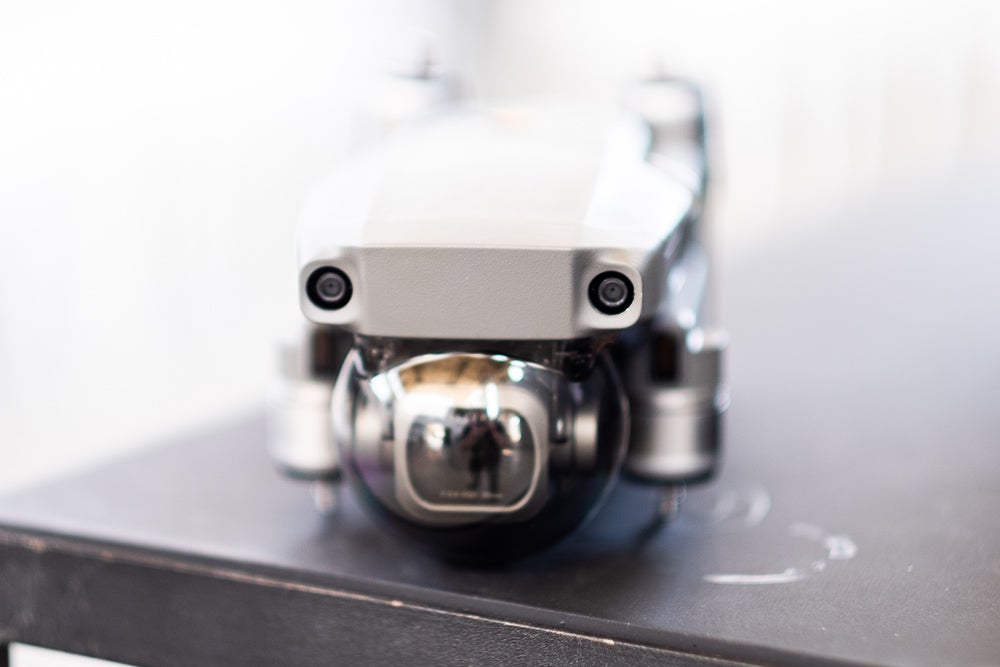 There are two cameras on the front as well as the main imaging device.

The two “eyes” on the front of the craft provide most of the guidance in concert with information from the main imaging camera you’ll use to shoot pictures and videos. The optical sensors are similar, but DJI says it has refined the system that interprets the data they capture. The front-end collision detection can now precisely pinpoint the location of an obstacle up to 66 feet away. It can also pick up on objects while traveling up to 31 miles per hour, up from roughly 20 mph in the previous version.

Together, the cameras create a three-dimensional model of the terrain ahead, similar to the system found in the cheaper DJI Mavic Air drone. Improved AI in the Mavic 2, however, allows for things like more precise object tracking via trajectory projection in which an algorithm makes its best guess about where a subject will go next. So, if it’s tailing a runner down a tricky trail, it will try to guess their next move and find a safe flight path that still keeps the subject in-frame. 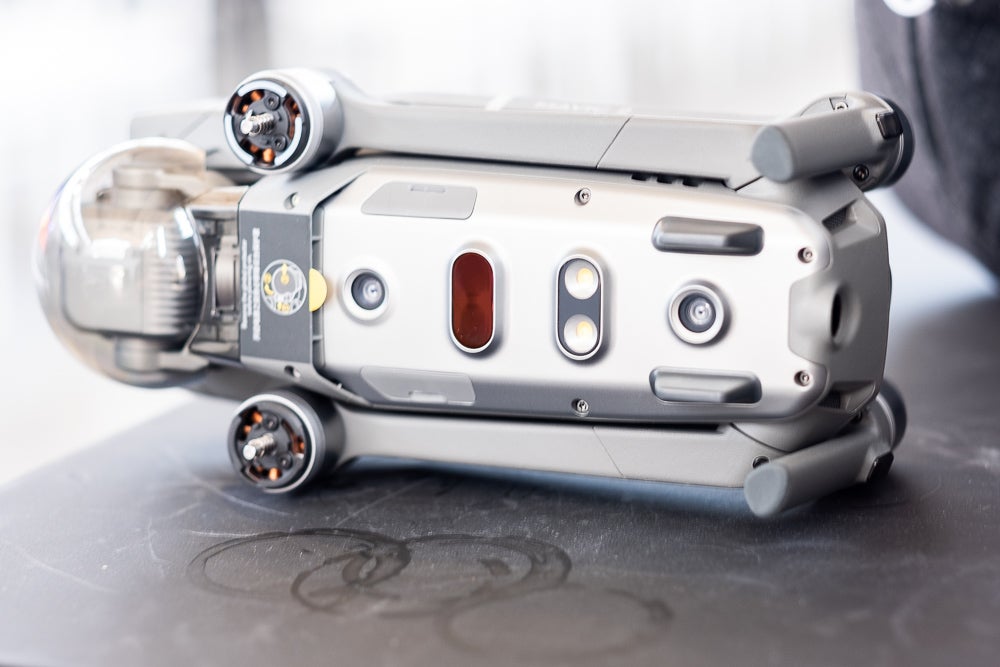 There are two IR cameras, a pair of optical cameras, and a light to assist in low-light landings.

The bottom side of the Mavic 2 has a pair of typical cameras—one at each end—as well as a pair of infrared sensors. According to DJI, these help the craft sense the ground, even when there’s not enough texture or contrast that the regular cameras need to focus.

The sensors on the bottom can accurately pinpoint objects up to 36 feet and simply detect objects up to 72 feet. This is what allows the drone to hover in place and stay still, even at altitudes over 150 feet. 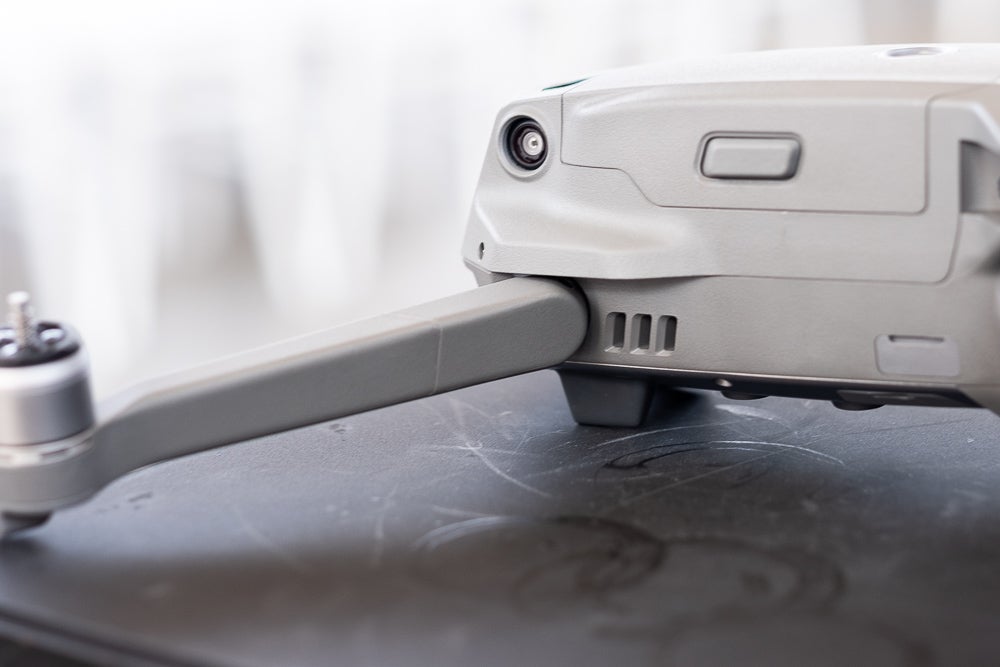 Side cameras help prevent side collisions.

DJI puts a heavy emphasis on its automated flight modes that do things like circle a subject or perform corkscrew flight paths that would be really difficult to manage in manual flight. That sideways flying is challenging, however, if it relies on the front cameras, so DJI added a pair of optical cameras to detect side impacts. A DJI rep says they’re effective at preventing crashes at speeds up to 18 miles per hour. 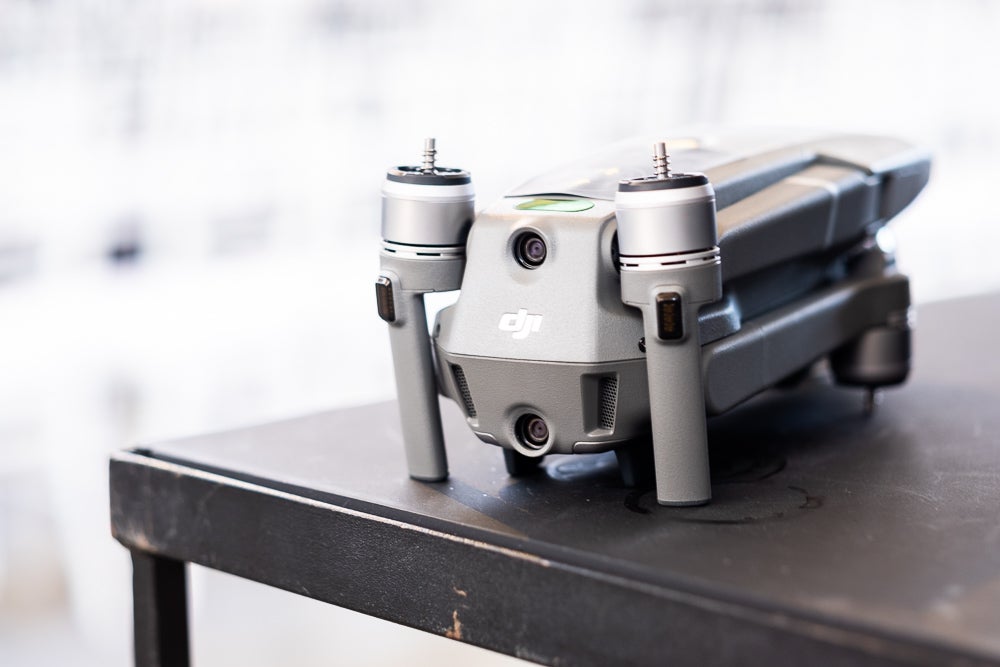 There are two cameras on the drone’s hind-end.

Like the front of the craft, the back of the Mavic 2 now includes another pair of optical cameras. It doesn’t have quite the same performance as the front of the craft because it can’t pull extra data from the main camera, but it can precisely detect objects up to 16 feet and stop an impact while traveling almost 27 miles per hour. 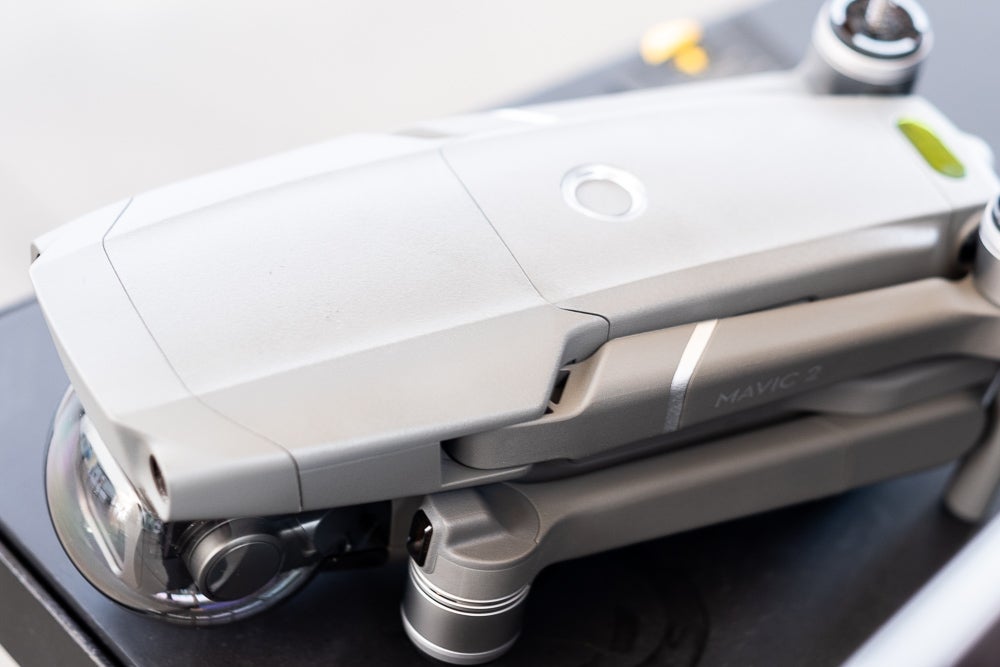 The grey line on the back of the device is an infrared sensor.

One particularly stressful part of using the pre-planned flight modes is that the craft might hit a tree branch of some other overhanging obstacle. In order to combat that, DJI added an infrared sensor to the top of the craft with a range of roughly 25 feet. This is a nice addition because, as many aspiring drone pilots will tell you, the ascent is often more stressful than the descent.

Our full review later will report just how nimble this thing is on its own, but in my limited experience so far, it seems like an improvement over the Mavic Air’s already-excellent system. Now that it’s adept at sensing things that are behind it, the Mavic 2 Zoom also adds a new automated flight mode called Dolly Zoom, which involves zooming in while flying backward to create a unique effect like you see in the movies without worrying about smashing it into your garage, which may or may not be what happened with a previous drone during its review.

Here are some highlights of each craft: