Meteorite-eating microbes could help us look for alien life

The peculiar bugs could illuminate what signs to look for on Mars and beyond. 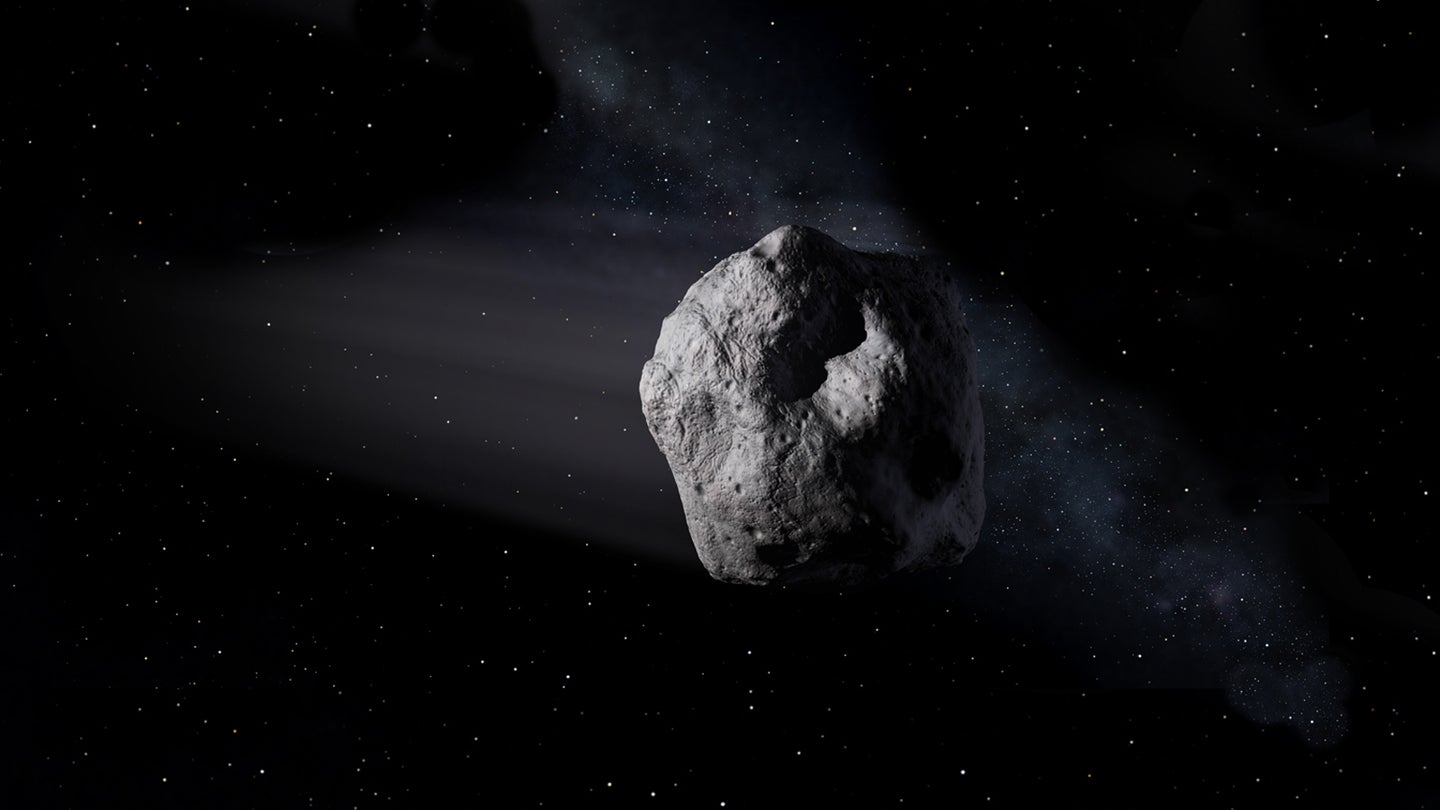 One organism’s space rock is another organism’s nosh. NASA/JPL-Caltech
SHARE

What might alien life look like, and what traces would it leave behind? If extraterrestrial plant and plankton analogs fill their planet’s atmosphere with oxygen, or an advanced civilization fills its skies with satellites, we might be able to spot such global upheavals from Earth. But if life elsewhere is small and limited in scale, its fingerprints may be subtle and hard to distinguish, even right in our own cosmic backyard.

Any extraterrestrial critters in our solar system, given the lack of obvious greenery and movement out there, are likely to be simple microbes. Perhaps they burrow deep under the Martian soil to hide from damaging ultraviolet rays. Or perhaps some lie dormant in asteroids, waiting to land in a friendlier environment. A team of researchers at the University of Vienna has tried to guess how such microbes could survive on their own, and what marks they might leave behind, by studying one of Earth’s hardiest bugs. Now, in a recent Nature publication, they detail exactly what happens when you feed meteorites to microbes.

“I want to squeeze out of this important information related to the search for life,” says Tetyana Milojevic, a coauthor and biophysical chemist at the University of Vienna.

Just don’t call this microbe a bacterium. Metallosphaera sedula is a member of an entirely separate kingdom of life known as archea, which were first discovered in hot and salty pools that would be lethal to most organisms. Even within this group of rugged specimens, M. sedula is an extreme survivalist. It prefers extra hot acid—around 160 degrees F and a solution with the astringency of stomach juices. In also tolerates high concentrations of toxic metals, making it a prime example of what Milojevic calls a polyextremophilic microbe—an organism that likes its home extreme in various senses. She also says that M. sedula can survive long periods of dehydration tardigrade style, and speculates that it might be able to handle the radiation of deep space, at least if entombed inside a meteorite.

But what really makes M. sedula a prime suspect for comparison to theoretical space microbes is its diet. Many organisms on Earth—such as plants—metabolize energy from sunbeams, and others even do it from heat sources like deep sea vents. M. sedula, however, feasts by ripping electrons from metals, making a metal-rich meteorite into something of a smorgasbord.

Milojevic and her colleagues weren’t sure which metals the microbe had a taste for, however, or how exactly it would process them, so they borrowed a stony meteorite from Vienna’s Natural History Museum (you just have to ask nicely, Milojevic says) and set up a microbe buffet. They cultured some microbes in a solution containing meteorite powder, and others directly on coin-sized flakes of intact meteorite.

Figuring out how to feed them was easy enough, but the group spent years developing techniques to slice up and analyze the odd bugs after their meals. Most microbes stay squishy, but the more metals M. sedula eats, the crustier and stonier it gets. “[The hardened microbes] damage tools with which you are going to cut” them up with, Milojevic says. After eventually devising methods to separate the stony parts of the microbes from their soft parts as much as possible, the team found three main ways in which M. sedula changes its environment—three potential fingerprints of life.

First, the microbe definitely thrived on meteorite chow. Milojevic jokes that she aimed “to please [her] microorganisms with the best-ever feeding substrate.” The extraterrestrial fragments contained many types of metals, but the group found that M. sedula ate only iron, and in a particular way that left two specific types of iron on the microbe’s surface while it lived. If future missions return samples of Martian rocks, this particular blend of irons could indicate living M. sedula relatives—alien life.

Second, after a hearty iron meal M. sedula poops out nickel sulfate as a byproduct. The presence of this byproduct marks ongoing microbial activity, which would signify an alien microbial hotbed. A Martian rover could be on the lookout for such compounds and use them to find Martian life. “Where there is a concentrated area of nickel,” Milojevic says, “it might be interesting to explore further.”

Finally, the researchers considered what kinds of microfossils the microbe would leave behind. Passively replacing bone with rock as with traditional fossils takes millions of years, but these mineral-munching microbes become what they eat in a matter of weeks. M. sedula accumulates metals in its cell membrane, and after it dies it leaves behind a crusty donut-shaped shell of particular metals and other elements. “They are eating stones and they become stones over the course of their lifetime,” Milojevic says. These hardened envelopes could represent a nearly sure sign of past life on a Mars rock or meteorite, if they can withstand the passage of time.

Now that she knows how the microbes can get by on only extraterrestrial materials, Milojevic would like to see whether they can survive in extraterrestrial environments, perhaps by exposing them to the ravages of space outside the International Space Station. But really, she’ll be biding her time until she can get her hands on some pristine Martian rocks for examination, ready to do some extraterrestrial micro-paleontology. “I think I know everything I need,” she says.