It's made from the stuff that makes blood tasty 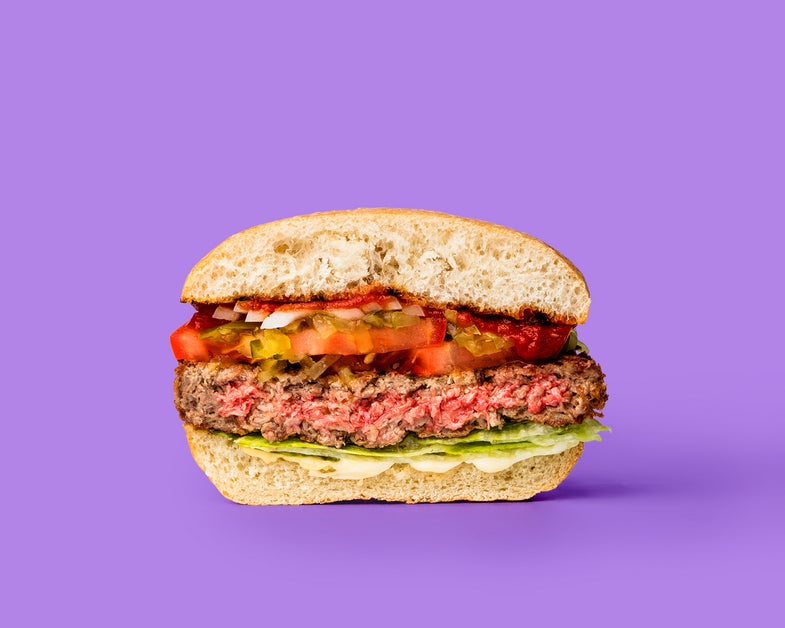 I’m sorry, but burgers suck. Sure, juicy meat pucks may be among my favorite stomach stuffers, but meat has so many guilt-inducing problems. Are there any restaurants where I can ingest the greasy bovine disks I crave without killing cows, the environment and myself, all without forfeiting the beefy goodness? One joint is answering my prayers with a bloody veggie burger.

Heme is the Impossible Burger’s secret. It’s an iron-containing molecule and part of the more familiar hemoglobin, a protein with the heme molecule attached. Heme gives blood its red color and iron-y flavor.

Meatless burgers that taste more like beef than vegetables suspended in glue would be a major boon. Agriculture represents around 10 percent of the United States’ total greenhouse gas emissions according to the EPA, much of that from cow farts. Plus, while I’m still a bit skeptical of this one, the World Health Organization reports that a “every 50 gram portion of processed meat eaten daily increases the risk of colorectal cancer by about 18 percent.” Also, this may come as a surprise, but beef burgers require killing cattle, and if you’ve ever read Michael Pollan you’d know that there’s a whole lot of issues with the beef industry.

If a product has everything in common with a burger except doesn’t have those three huge problems, well, that’s awesome.

While I haven’t tasted the burger yet, the fake meat movement is gaining steam. A competitor’s burger sold out “in an hour” at a Colorado Whole Foods, according another Eater article, and tastes “somewhere between beef and turkey,” said Evelyn M. Rusli in an article for the Wall Street Journal.

So, will I be seeing any of you at Momofuku Nishi tomorrow?