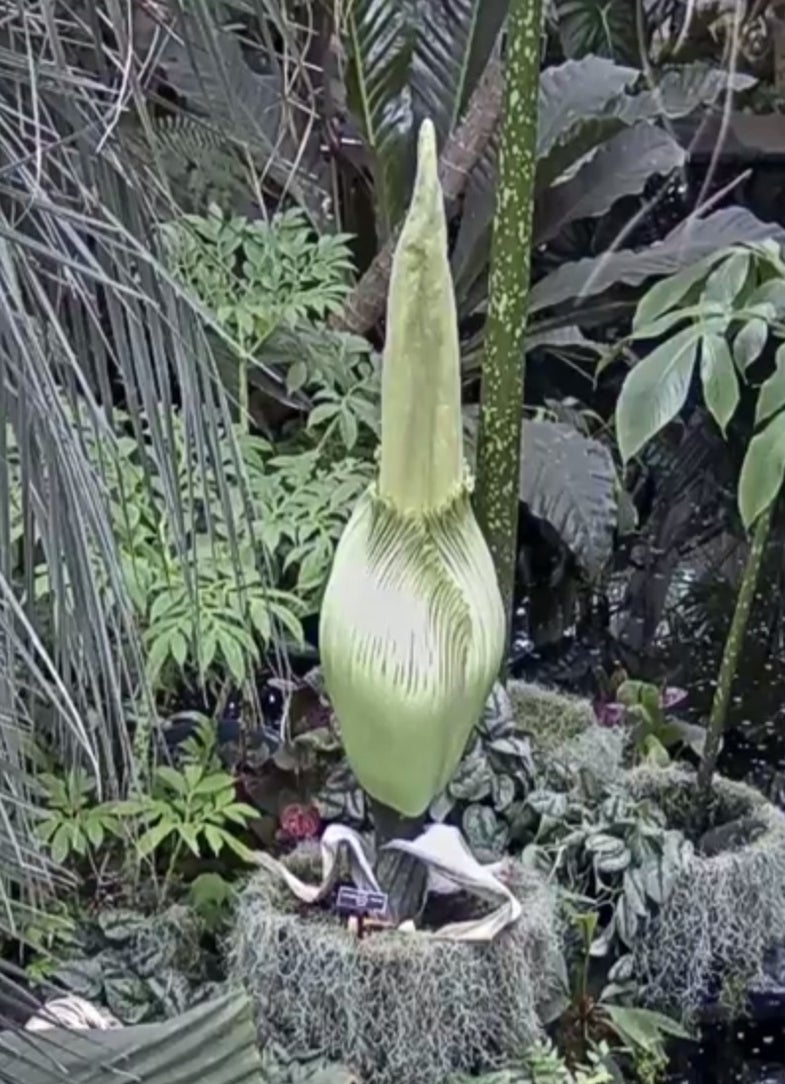 While smelling some things through a TV screen would be great (chocolate chip cookies, brownies, pasta), others can stay on their own side of the broadcast. In the case of the aptly named ‘corpse flower’, we’re very glad that smell-o-vision hasn’t taken off.

Right now, workers at the New York Botanical Garden (NYBG) are eagerly awaiting the noxious bloom of their corpse flower, which they’ve been tending to since 2007. The official name of the plant is Amorphophallus titanum, or Titan-Arum. That large structure that you see on the camera isn’t actually a flower, but an inflorescence –– a large structure that holds the flowers deep inside. When the inflorescence blooms, (something that is expected any day now by the NYBG) the flowers will start to release a stench that has been described as rotten flesh. It’s nasty to us, but really attractive to scavenger insects that the plant relies on for pollination.

A Titan-Arum usually takes about 4 or 5 years to bloom, if not longer, and this is the first Titan-Arum to bloom at the NYBG since 1939.

Watch the video above to catch the action, or, if you’re impatient, watch the timelapse below of another flower in Chicago from last fall.