An experiment hinted at Martian life in the ’70s. So why did we stop looking?

The truth is out there. 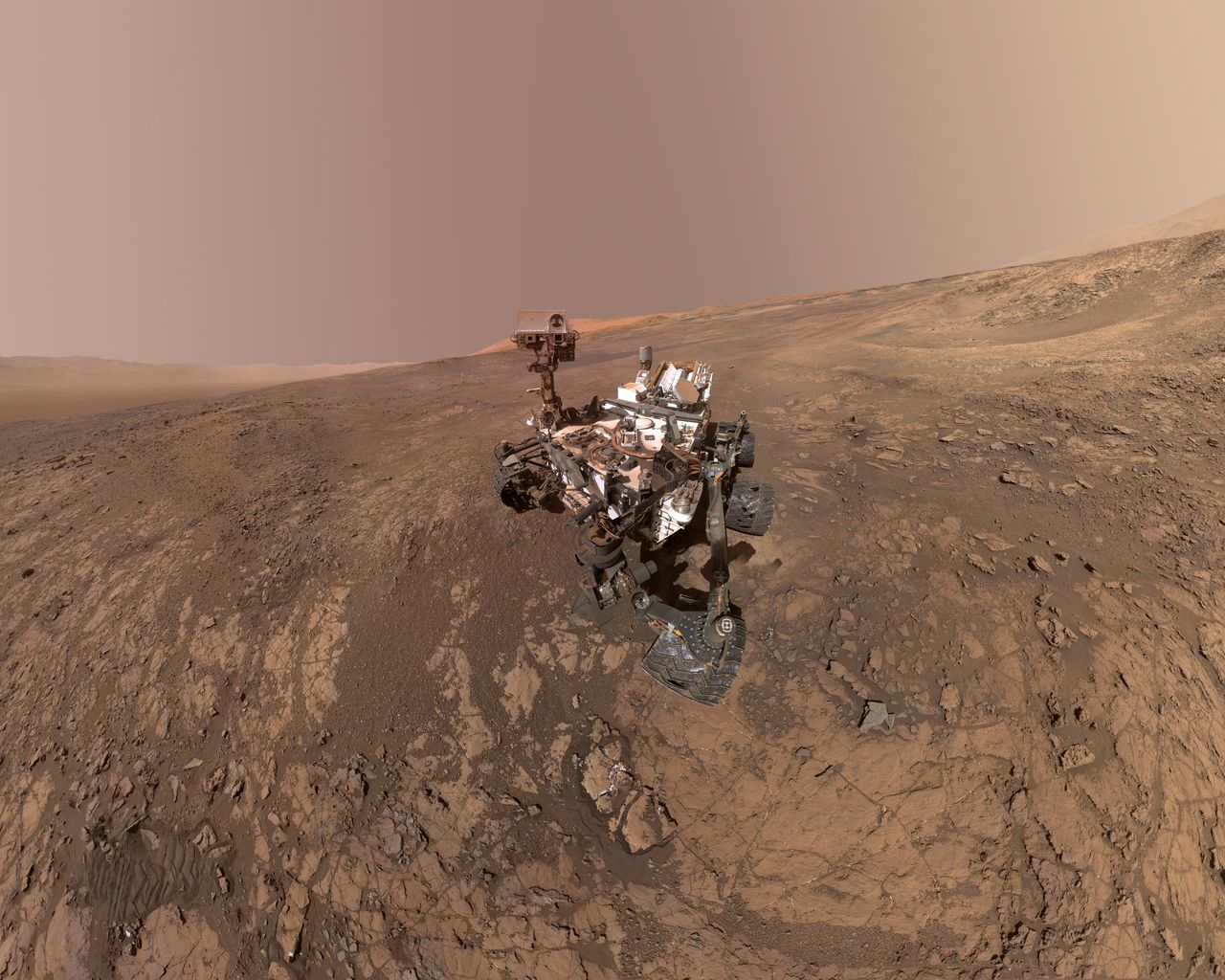 When the Viking landers touched down on the Martian surface at the height of the Watergate scandal, they kicked up two clouds of rusty soil and a debate that would continue for more than four decades.

That mission, NASA’s first direct search for Martian microbes, resulted in an inconclusive shrug, finding both signs of lifelike activity as well as an absence of the ingredients that such life would presumably need. Most researchers concluded that an errant chemical reaction could explain the conflicting results, but some remain convinced that the Viking landers detected life on Mars in 1976. Gilbert Levin in particular, one of Viking’s principle investigators, has long advocated for a follow-up mission to carry out a more advanced version of the original experiment, as he recently argued in Scientific American. Yet, six landings later, no such instrument has made the cut, leaving Levin and his collaborators asking the obvious question—why have we stopped looking for life on Mars?

Levin’s convictions spring from decades of mulling over the aftermath of Viking’s so-called labeled release experiment. The lander took soil samples onboard and added a nutrient-rich soup with radioactive carbon atoms. The nutrients acted as a meal for any potential microbes, and the atoms as red flags for the researchers to spot. Equipment on the lander took regular whiffs to see if any Martian microbes were partaking in and excreting the labeled carbon atoms into the air. After finding that something did seem to be interacting with the radioactive carbon atoms, the next step for NASA was to see if they could alter that process as a control or confirmation. If there really were living microbes burping up those carbon atoms, researchers expected to see changes in how many carbon atoms were present if they cranked up the heat.

To do so, the Viking team remotely baked the chamber at 320 degrees Fahrenheit, and the reaction stopped. Keeping the soil in the dark for 10 days also halted the mystery process, while lightly roasting the soil at an intermediate 120 degrees merely slowed it.

On their own, the labeled release results hinted that the heat and darkness could be killing carbon-gobbling germs in the red soil, but Viking’s other instruments told a different story. One in particular found no traces of the chemical ingredients Earth life is made of, such as amino acids, suggesting that the dead soil was somehow releasing the gases through chemistry of its own. (Although this conclusion too, is debated.)

After recreating the experiments in arid places around the world such as Antarctica and Chile’s Atacama Desert, Levin published a peer-reviewed paper in 2016 in the journal Astrobiology arguing that that no alternative hypothesis can match the exact pattern of activity Viking found. He now supports an updated labeled release experiment that can distinguish between chemical and biological activity more precisely—but NASA has no plans to fly such an experiment in the foreseeable future.

“The idea that one can directly detect life with a single instrument is not reasonable at present,” a representative of NASA’s astrobiology program said in an email statement. “Results for the Viking landers and from the analysis of the Martian meteorite collected from Antarctica have demonstrated how hard it is to find undisputable evidence for life even with multiple measurements from different instruments.”

Interpreting even a straightforward experiment, it turns out, requires a lot of complex context—context that was completely lacking for the alien planet at the time of the Viking mission and remains incomplete today. “The whole point of [NASA’s off-Earth biology strategy since then] was to find the right environments first and then look for life. And we’re still in that process,” says John Rummel, a scientist at the SETI institute and previous planetary protection officer at NASA. “I would love to go back and do life detection studies, but only in the right place,” he says, such as a Martian locale that’s comparatively wet, warm, and well understood.

Although NASA has abandoned straight life-detecting experiments in favor of asking general questions about the Martian environment that are more likely to have conclusive answers, researchers have still been able to gather plenty of circumstantial biological evidence from landers, much of it painting Mars as a brutal place for life.

Without an Earth-like magnetic field and ozone layer, anything on the Red Planet’s soil must bear the full brunt of cosmic rays and the sun’s ultraviolet radiation—a force so lethal not even the formidable tardigrades can take it. To make matters worse, ten years ago the Phoenix lander discovered that Martian soil is about 1 percent perchlorates, a substance that breaks down into bleach-like chemicals toxic to life and its building blocks. (Incidentally, post-Viking experiments found that perchlorates could also participate in reactions that release carbon in a life-like way, although Levin argues they can’t explain the controls).

Falling meteorites should have littered Mars’s surface with amino acids and other organic molecules, but the Curiosity rover found almost none of those—evidence that even precursors to life have been thoroughly bleached and radiation-blasted away on the surface. The environment’s apparent lethality now makes revisiting the Viking result an even less compelling option to many.

“It’s like saying, ‘can you have life in a 400-degree oven,’” says Samuel Kounaves, a planetary chemist at Tufts University. “It doesn’t matter what you found in there.”

No one can guarantee that life hasn’t found a way to survive, Kounaves says, but between the complexity of interpreting results from a single experiment and the low chance of surface habitability, it’s no surprise that a Viking-style life detection experiment hasn’t passed the highly competitive selection process to fly on a mission. “NASA doesn’t want to send something there and spend lots of money and have it come back with a false positive because of some chemistry,” he says.

Kounaves’s research has instead pivoted toward designing direct detection missions for the watery gas-giant moons Enceladus and Europa, which conveniently shoot geysers of frozen seawater out into space for easier collection and on-the-spot analysis.

He still thinks life likely existed on Mars and may even continue to eke out a living today, just not where the surface-exploring rovers roam. “There could be life there,” Kounaves says, “but to find it we’ll have to dig deep.”