Interplanetary Laser Could Send Messages To Mars Or Jupiter 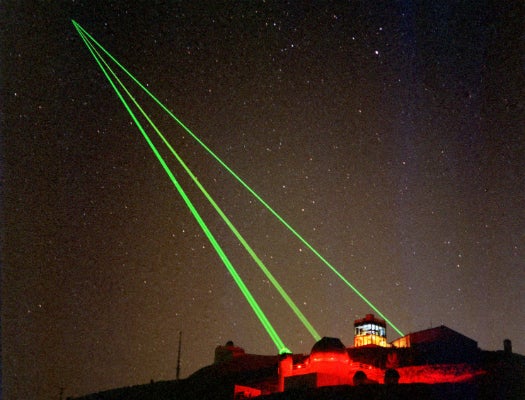 With the help of a new laser ranging system, we might soon be able to send a laser beam to Mars–and hit our target within a millimeter. Scientists at NASA’s Jet Propulsion Laboratory at the California Institute of Technology have developed a new kind of high-precision laser system that can span interplanetary distances with millimeter accuracy.

Most current laser technology uses passive ranging, meaning it bounces light off a reflector. This works for relatively short distances, like from the Earth to the Moon–238,900 miles–but at longer stretches, the laser’s signal peters out. Depending on where Mars and Earth are in their respective orbits, the distance between the two is between about 34 million and 249 million miles. 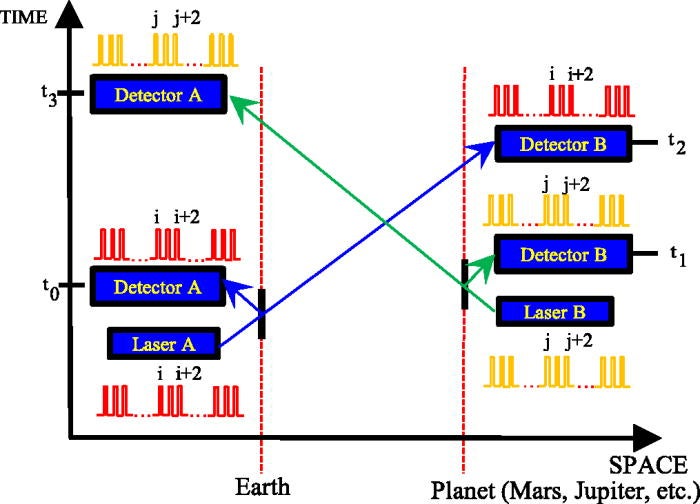 The new system doesn’t make the lasers themselves more powerful. Rather, it increases the ability to detect laser pulses over long distances by using active, synchronised receivers on both ends that can send and receive laser pulses. “The key is to have a very sensitive receiver and a method to pick out the ‘signal’ photons from all the background light,” one of the scientists, Kevin Birnbaum, told Phys.org.

So far, the system has only been field-tested on Earth, but its creators hope to test it across greater distances soon. “In principle, this approach could be scaled up to any interplanetary distance by increasing the size of the telescopes,” Birnbaum said. “We calculated that ranging from Earth to Mars or Jupiter should be achievable with quite modest telescopes of 1 meter in diameter on Earth and 15 centimeters on the spacecraft.”

High precision lasers with interplanetary range could help scientists more accurately measure gravitational fields and determine the make-up of the planetary cores. Gravity tests with the new laser system could “help to quantify the apparent acceleration of the expanding universe, the possible existence of extra dimensions, and the reconciliation of quantum mechanics with gravity,” the researchers write in their paper describing the system.