Physicist Tweets Rumor That Gravitational Waves May Have Finally Been Detected

If true, the discovery would support one of Einstein's major predictions. 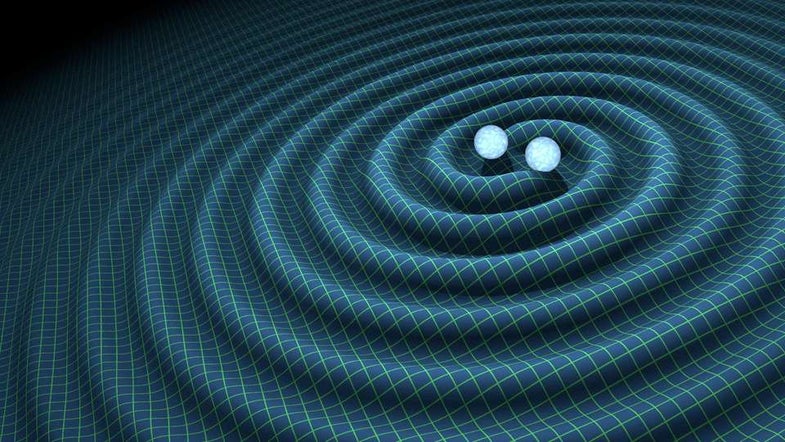 The folks on the LIGO experiment neither confirmed nor denied the rumor, and in Krauss’s rumor-mongering raised hackles in the astrophysics community.

But now he’s back at it again:

There’s plenty of reason to remain skeptical–we won’t know for sure whether the rumor is true until we hear from the researchers on the experiment. If it does turn out to be true, it would be a very exciting finding.

As part of his general theory of relativity, Albert Einstein proposed that, sort of like a ship moving through water, very large objects could generate ripples in the fabric of space and time. These gravitational waves could carry information about black holes, as well as show us what conditions were like during the birth of the universe.

(Oh hey, remember that experiment that claimed to see the gravitational ripples from the beginning of time? The one that turned out to be nothing but noise? Yeah, that’s another reason to remain skeptical now.)

Although there’s indirect evidence that gravitational waves exist, scientists have yet to actually find and measure one. That’s where LIGO comes in. The Laser Interferometer Gravitational-Wave Observatory uses lasers to look for gravitational distortions in space-time.

According to Krauss, the mysterious signal he’s referring to wasn’t a drill designed to test the LIGO team. But the proof is in the peer-reviewed paper, and we haven’t seen one yet.

Correction, 13 January 2015, 9:00am: An earlier version of this post misstated Krauss’s affiliation.