A look back at BowieNet, the late musician's proto-social network 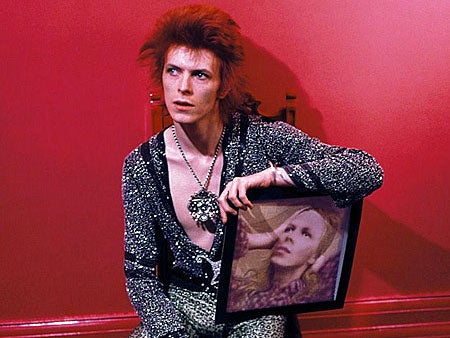 Just two days after celebrating his 69th birthday and the release of his most recent album, Blackstar, David Bowie succumbed to the cancer for which he had been treated the past 18 months.

Since today, as well as the week that follow, will be filled with memorializations and remembrances of one of music’s most creatively gifted talents, it’s worth trekking through memory lane for this early #TBT look at BowieNet, the Internet service provider Bowie launched in the halcyon days of 1998.

Already a creative outlier, Bowie was also well-ahead of his time at discerning the ever disappearing link between celebrity and the casual fan, and his acceptance of the technological leaps of the mid-to-late 1990s is noteworthy. He released an interactive CD-Rom in 1994 titled JUMP, which allowed fans to “Enter Bowie’s Creative Universe‘ and edit video footage from his then most recent single, “Jump They Say.”

Also, with the release of the single “Telling Lies,” in 1996, Bowie became the first major artist to release and distribute a new track online-only (it sold more than 300,000 downloads). The next year, he would ‘cybercast’ a concert.

His next online endeavor, though, was a bit more audacious. “BowieNet,” which launched a year before Napster, was an ISP that users paid $20 a month to solely use (or $6 if they chose to remain with their current provider) and receive access to a vast archive of Bowie photos, videos, and interviews, along with access to exclusive Bowie content and even a BowieNet email address.

According to the musician, “I wanted to create an environment where not just my fans, but all music fans could be part of a single community where vast archives of music and information could be accessed, views stated and ideas exchanged.”

The most interesting aspect of BowieNet was that it gave users the option to create their own websites, which in effect created a pseudo-social network years before a Harvard sophomore was chided by administrators for ranking fellow co-eds based on their attractiveness.

The ISP would continue for about a decade before fading into obscurity, irrelevance, and eventually disuse. But Bowie continued to push the online envelope — in 1999, Bowie first released his album, hours…, as a downloadable file before the physical CD debuted a week later. It was the first high-profile album to be sold exclusively via download, and as Bowie noted at the time, “They’ve really got to do something about the bandwidth. It’ll be some time until it effectively parallels retail sales.”

Once again, even in that case, the visionary artist saw the way the future was headed well before many of his peers and listeners caught on.