Searching for Life in All the Right Places 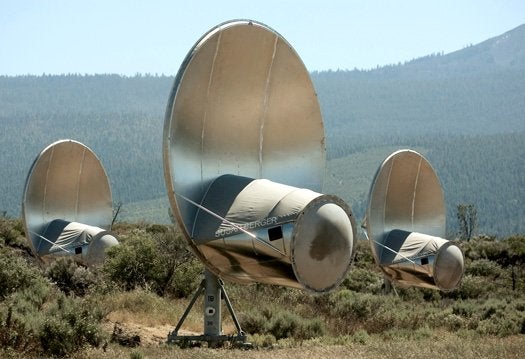 Curious about just how astrobiologists plan to make good on their goal to find life in space in the next 20 years? We’ve compiled some of the coolest upcoming search-for-life projects we could find–check out our feature on the subject here, and browse the gallery below for a guide to some of the most impressive efforts directed at finding extraterrestrial life.

Click to launch our guide to the current efforts dedicated to finding life in space.

The first will take place later this year, when Russian scientists will tap Earth’s final frontier, the subglacial Antarctic lakes. Any life they find under 2.5 miles of ice in the ancient isolated waters of Lake Vostok won’t technically be extraterrestrial, of course, but it could be new and bizarre – and akin to what’s possibly living in the suspected subsurface oceans on Europa, an ice-covered moon of Jupiter.

Martians could also be on the horizon. With all the attention the Red Planet gets, it should come as no surprise that NASA’s next big flagship mission is headed there. Later this decade the agency will begin a long-term project to bring Mars rocks back to Earth. Many think the Mars Sample Return mission could be the one that finally finds ET (even if it is a long-dead microbe, not a little green man).

If we don’t find aliens in our own backyard, they could be lurking in other solar systems. As soon as next decade, a Terrestrial Planet Finder mission — something like the New World’s Observer telescope and starshade in our gallery — will look for signs of life in the atmospheres of extrasolar planets around other stars.

Here on the ground, the Allen Telescope Array, the first instrument completely devoted to the search for extraterrestrial intelligence (SETI), could analyze enough star systems to come across alien radio transmissions in the next two decades – if the SETI Institute’s new crowd-sourced funding campaign pulls through. Read more about how and when we’ll find life (and what it could look like) in our online-only interview with Seth Shostak, a senior astronomer at the Institute.

And, just for fun, we’ve also included a round-up of some of our favorite close encounters with “aliens,” including a 1966 UFO chase in Ohio and (possible) microbes on a meteorite announced earlier this year. Happy hunting! 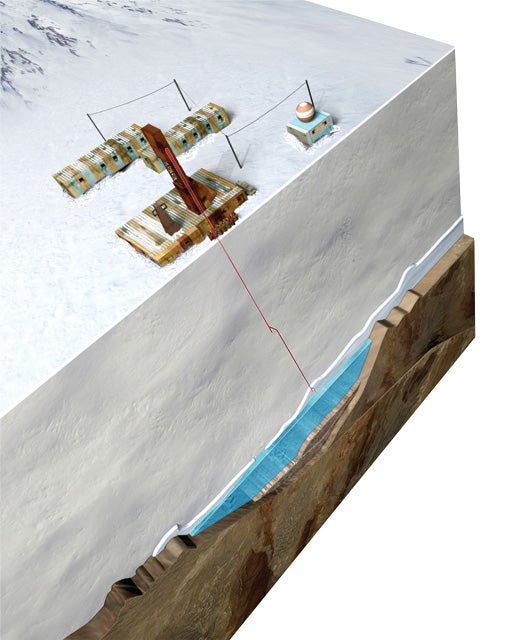 For the past 20 million years, Lake Vostok has been sealed beneath the Antarctic ice sheet. This winter, after nearly 22 years of work, Russian researchers will use mechanical and thermal drills to punch through the final 100 feet before liquid water. Microbes found in Vostok could inform the search for life on the Jovian ice moon Europa, for which a mission could launch in the next decade, and other moons in our solar system thought to contain bodies of liquid water, such as Enceladus and Ganymede. 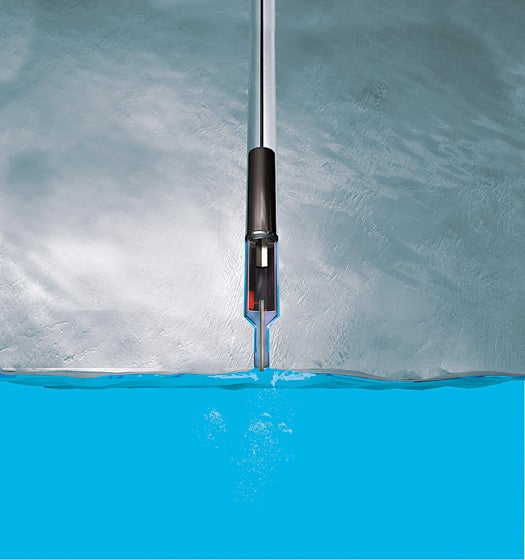 Drilling For Extreme Life: How It Works

THE SITE Vostok Station once recorded the lowest temperature on Earth: a128ÂºF. Fortunately for researchers, average temperatures in the austral summer hover around a33Âº.The Russian team will commence drilling in December. Once scientists reach liquid water, they will allow water to rise up the borehole and freeze over the winter. They will return to Vostok Station in December 2012 to test the core for life. THE DRILL A thermal drill tethered to a power cable from the surface will penetrate the final 30 feet of ice. When the drill approaches the water surface, pressure and water sensors will trigger an expandable borehole packer to seal off the channel, preventing drilling fluid from contaminating the lake and allowing scientists to control how quickly the water will rise. THE LAKE Lake Vostok, one of the world’s largest lakes by volume, contains more than 1,000 cubic miles of water. At its farthest depths, some 14,000 feet below the surface, pressure reaches up to 438 atmospheres. If drilled improperly, the pressurized water could race up the borehole, causing an explosion powerful enough to destroy Vostok Station. 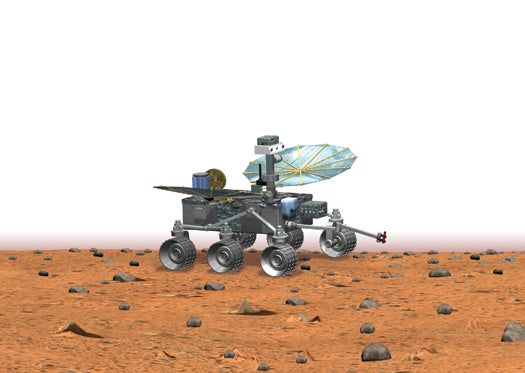 To determine whether life lives or has lived on Mars, scientists will most likely need to bring a sample of the planet back to Earth. The threestage NASA-ESA Mars Sample Return mission, scheduled to run from 2018 to 2027, will involve rovers, a launcher, and an orbiter equipped with an Earth Entry Vehicle (EEV) that will carry the rocks to Earth for testing. PHASE ONE, 2019-2021: COLLECT AND CACHE Following launch in 2018, a rover will arrive on Mars in January 2019 and will spend nearly two years collecting rocks with a rotary coring drill. After placing as many as 40 cores in a three-inch-wide cylindrical cache, the mobile ‘bot will return to its landing site and place the container on the ground. 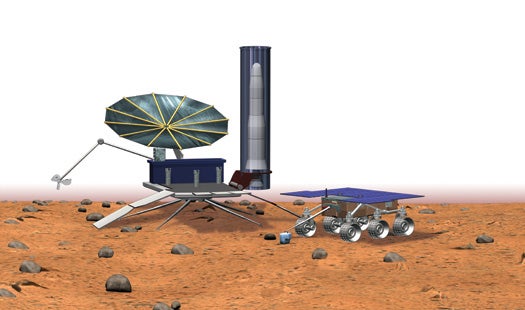 PHASE TWO, 2025-2026: FETCH AND LAUNCH A lander carrying the fetch rover and Mars Ascent Vehicle (MAV) will touch down on Mars in September 2025. Over the next three months, the rover will retrieve the cacheaup to a nine-mile round-trip journeyaand package the rocks in an 11-pound Orbiting Sample (OS) sphere stored inside the MAV. By the following May, the MAV rocket will launch and release the OS into orbit. 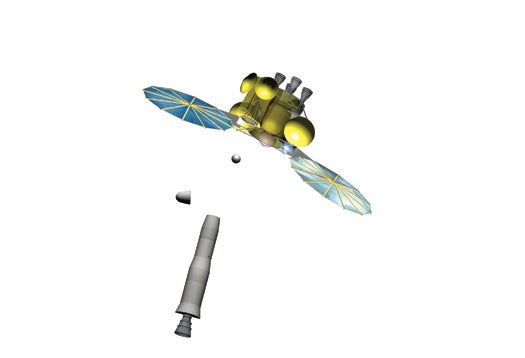 PHASE THREE, 2026-2027: RENDEZVOUS AND RETURN An orbiter will arrive at Mars in the summer of 2023. The craft will use optical and radio-frequency tracking systems to monitor the OS launch and will rendezvous with the samples in around May 2026. The orbiter will capture the OS in a basket and transfer it to the onboard eeVaa three-foot-wide, impact-resistant, heat-shielded craftabefore setting out for Earth. On descent to Earth in late 2027, the EEV will decouple from the orbiter and crash-land on the planet. The quarantined samples would then be safely recovered. 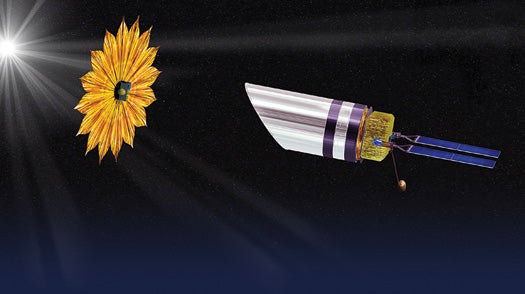 To view life on other worlds, scientists will need to use a space-based telescope to scan for biosignatures in an exoplanet’s atmosphere while blocking out starlight that could skew results. The New Worlds Observer, a design developed at the University of Colorado, pairs an ultraviolet-optical-infrared telescope with an external starshade. THE STARSHADE The 160-foot-wide starshade moves independently to position itself between the telescope and the star. Its 16 apetalsa diffract light away from the center of the shadow it casts onto the observatory. THE TELESCOPE The observatory’s 13-foot aperture will collect enough ultraviolet and infrared light reflecting off the planet to distinguish it from interplanetary dust. Future telescope designs will also probably incorporate an internal coronagraph, a device on the instrument that will blot out starlight that slips past the shade. 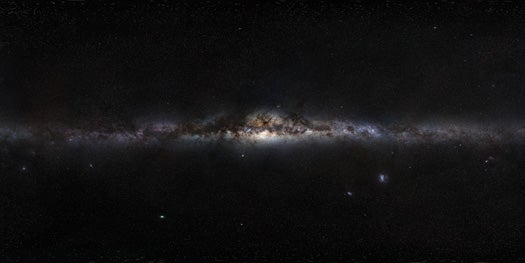 In 1995 a Swiss team scanning the Milky Way discovered 51 Pegasi b, the first known exoplanet orbiting a sunlike star. Since then, scientists using ground-based and space telescopes have found more than 500 exoplanets in the galaxy. Currently only one, Gliese 581 d is considered a potential Earth analogue—it may even have oceans—but the number will grow. Kepler, a photometric telescope that points toward the constellations Cygnus and Lyra, could find as many as 3,000 new worlds by the end of the decade. 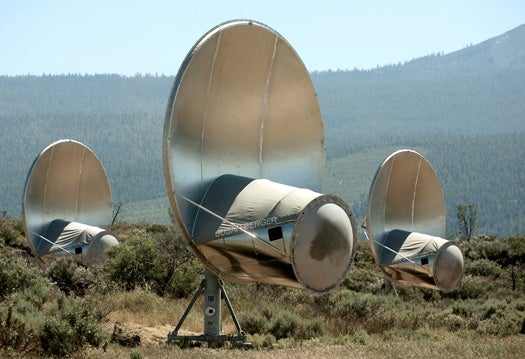 In April, after the National Science Foundation and the state of California cut funding for radio astronomy, the Allen Telescope Array (ATA) at Hat Creek Radio Observatory, the SETI Institute’s primary listening post, went dark for the first time in nearly four years. The ATA scans deep space for alien radio signals, which some scientists say could be our best chance of finding intelligent life. To replace the estimated $5 million it will cost to get the ATA back online full time for two years, SETI introduced a new program called SETIStars in June. For $15, donors can sponsor three-minute blocks of telescope data. In March, SETI launched the beta version of another program, a citizen-science application called setiQuest Explorer. Amateur alien hunters will be able to analyze radio-telescope data for signs of contact on their computers, tablet or mobile phone. The institute’s public outreach is paying off. By August, SETIStars had generated more than $200,000, enough to turn the ATA back on, at least for a little while.
Biology
Space
aliens
astrobiology
extraterrestrials
feature
SETI