Could There Be A Planet Hidden On The Opposite Side Of Our Sun?

We ask a scientist who has peered around it. 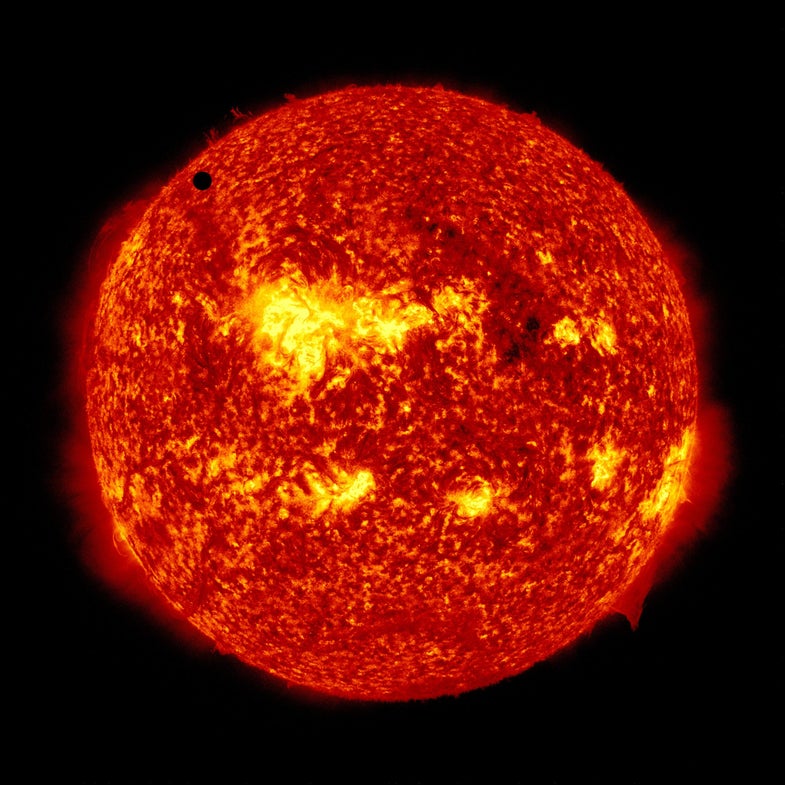 The sun might seem like a pretty huge galactic blind spot, but we’ve already managed to glimpse behind it, and there’s nothing there in the way of another Earth, says NASA scientist Michael Kaiser, “unless it’s awfully tiny.”

Kaiser is the project scientist for NASA’s Solar Terrestrial Relations Observatory (STEREO) mission, which in 2006 sent two golf-cart-size satellites into orbit around the sun to study the explosions on the solar surface that are a major factor in space weather. A few months after their launch, the two probes were angled such that they could see beyond the sun, but they found no planets lurking behind the big star.

Even if we couldn’t see behind the sun, the gravitational pull of a roughly 100-mile-wide planet hiding there would noticeably affect the orbits of the other planets. And if astronomers had somehow missed that detail, Kaiser says, an unaccounted-for tug of gravity in the solar system would have disrupted the orbit of man-made satellites circling the Earth or interfered with intra-solar-system spacecraft. That hasn’t happened, so unless beings on a hidden planet have invented both an invisibility cloak and a gravity-masking device, the other side of the sun is almost certainly just empty space.

This article originally appeared in the May 2009 issue of Popular Science_ magazine._

Ask Us Anything
Solar System
Space