These 6 exoplanets somehow orbit their star in perfect rhythm

Planetary systems are not supposed to form like this. 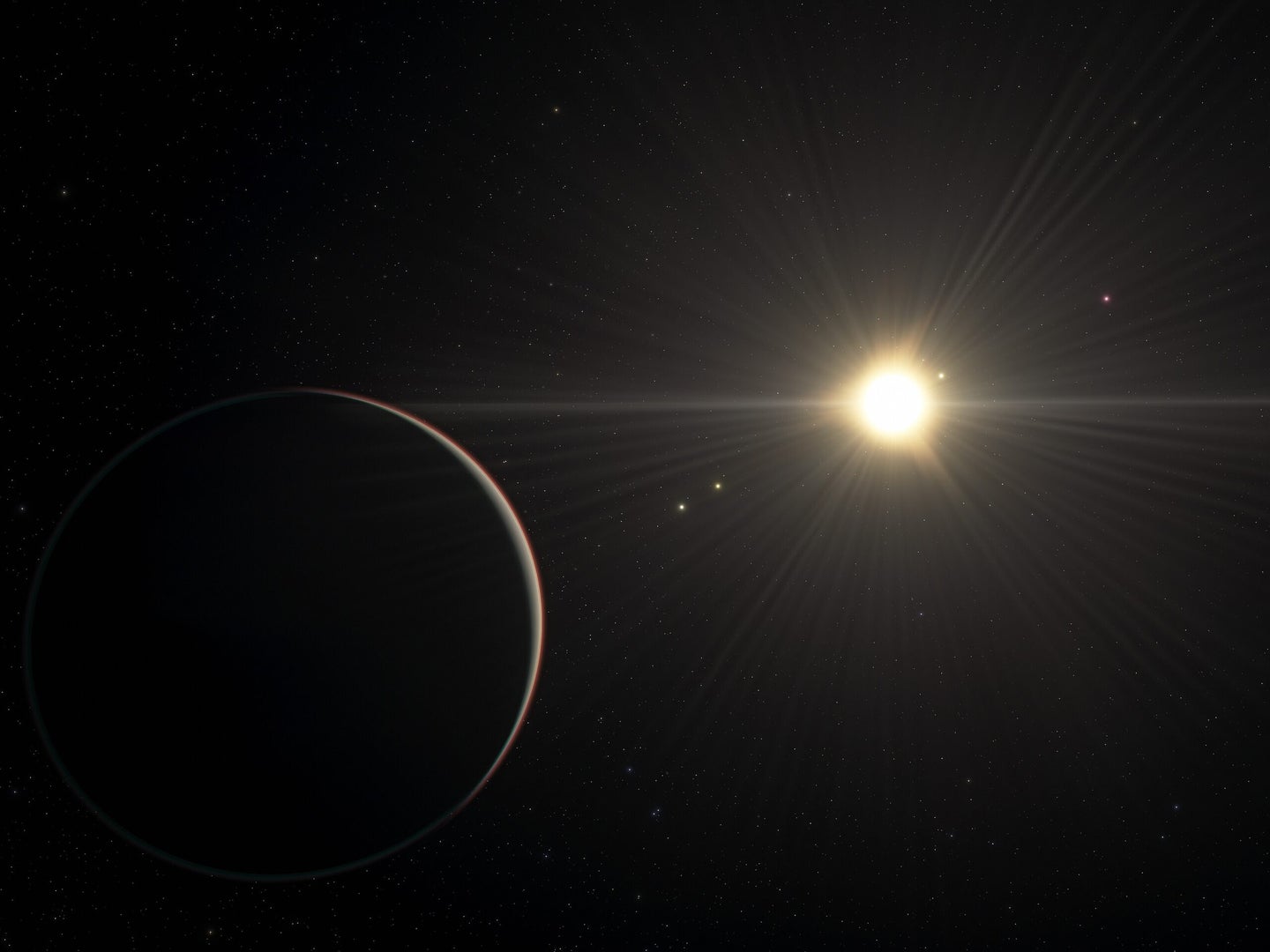 Two hundred light years away sits a planetary system unlike any other yet discovered. It contains at least six worlds, five of which are locked together in a particular type of gravitational tango. More bizarrely, the planets have arranged themselves with complete disregard for the standard layout that most solar systems tend to follow. The band of misfits, dubbed TOI-178, challenges planetary scientists to refine their theories of how solar systems settle down.

“It’s a milestone system,” says Nathan Hara, an astronomer from the University de Geneva, Switzerland, one of the astronomers who identified the exoplanets. “It’s something that will be studied in the future.”

TOI-178 caught researchers’ attention in 2018, when NASA’s exoplanet hunting TESS satellite spotted a star with a dimming pattern that indicated a first-of-a-kind planetary system. When researchers look for far-off planets, they do so by watching stars and noting when planets pass in front of them, measuring the resulting dim in brightness. Of this system’s three planets, two appeared to share a single ten-day orbit, one chasing the other around their host star.

The configuration was strange enough to merit devoting 11 days of observations on Europe’s CHaracterizing ExOPlanet Satellite (CHEOPS)—the largest chunk of time allotted to a single target for CHEOPS so far—last August.

But when astronomers read through the data, they found that TOI-178 was not what it seemed. Two exoplanets had been masquerading as one, their 15- and 20-day orbits conspiring in just the right way to eclipse the star every ten days, as if they were a single world. “In the TESS data we had an extremely improbable configuration, where one of the true planets was falling exactly between the two transits of other planets,” says Hara. “It had a 1-in-1,000 chance of happening.”

And the longer they watched, the more planets they saw. The CHEOPS observations confirmed intermediate work from other telescopes, and eventually a collaboration of roughly 200 astronomers managed to piece together a more complete picture of the system. The dimming and wobbling of TOI-178′s star betrayed the presence of six exoplanets packed tightly together. The first races frenetically around the star every two days, while the sixth takes three weeks. (Mercury, in contrast, spends nearly three months orbiting the sun.) The team described the system in a preprint on Monday, and it has been accepted for publication in Astronomy and Astrophysics.

One of TOI-178′s most intriguing features is how most the motions of its planets harmonize in a phenomenon known as “resonance.” If you tossed a handful of planets into orbits around a star, you might expect their years to have completely unrelated lengths, but that’s not exactly what happens. Astronomers often observe worlds orbiting such that they find themselves forming the same configuration with their neighbor at regular intervals, similar to how notes line up in music to form chords (mathematically speaking, the ratios of the orbital periods make simple fractions). You can see how the orbits of the TOI-178 exoplanets align—and hear their celestial song—in this video, produced by the European Southern Observatory.

Such a system can form in different ways, but the general idea is that planets in resonance “talk to each other,” Hara explains, almost as if they are “attached by a spring.” When the worlds line up every few orbits, they draw close enough to pull on each other gravitationally, preventing either from drifting out of resonance.

In TOI-178, all planets except the first pair up with their neighbors to form a “chain” of resonances—a structure that actually let the astronomers discover one of the planets when they went to look for a missing link.

The resonant chain also serves as a window into the system’s past. The links between planets are tenuous, and easily broken by common solar system drama such as a near miss with a passing star, or if one planet sends another one flying. The survival of TOI-178′s delicate chain suggests that, as Hara puts it, “nothing too drastic happened in the last billion years.”

Impressive chains of resonance weave together other systems, such as TRAPPIST-1, but what really sets TOI-178 apart is the clash between its orderly orbits and its haphazard arrangement.

Most solar systems put their dense, rocky planets—your Mercuries, your Venuses—up close to their stars. Then the planets get thinner and gassier as you go out (Jupiter is huge, but just a quarter as dense as Earth). Researchers are still working out the details of why this happens, but the general theory is that inner planets tend to run hotter, which boils away their gassy atmospheres, leaving mainly rocky cores behind. Distant planets also benefit from frigid temperatures that let ices play a bigger role in the planet-making process.

When TOI-178 formed, however, it ignored these norms. It starts off reasonably, with two rocky supersized Earths near the star. Then things get wacky. The third planet is nearly the wispiest of the whole system, less dense than Jupiter. The densities jump up for the next to planets, a small hop to a Neptunian density and a big leap up to nearly Martian density. The last planet is the least dense of all.

While the standard ordering is more suggestion than rule, the existence of TOI-178 poses a puzzle to researchers, especially considering that its tidy chain of resonances makes violent, recent reorderings of planets unlikely. “How can you have something which evolved gently like this, but still you have these huge [density] discrepancies,” Hara says. “We are not used to this.”

While theorists mull over how the system came to be, astronomers anticipate expanding their portrait of TOI-178. Future observation campaigns may attempt to extend the resonant chain, searching for additional planets that would add complementary notes to the celestial chords. (The next two links would fall in, or near, the star’s habitable zone).

The host star shines unusually brightly too, which is one of the reasons Hara and his colleagues were able to get such precise measurements of the masses of the planets. It puts out so much light that the upcoming James Webb Space Telescope should be able to deduce the atmospheres of the planets, giving researchers additional clues to how they might have formed.

“It’s the brightest system in resonance,” Hara says, “one which will lead to very rich follow up observations.”