Why Go To Alpha Centauri? 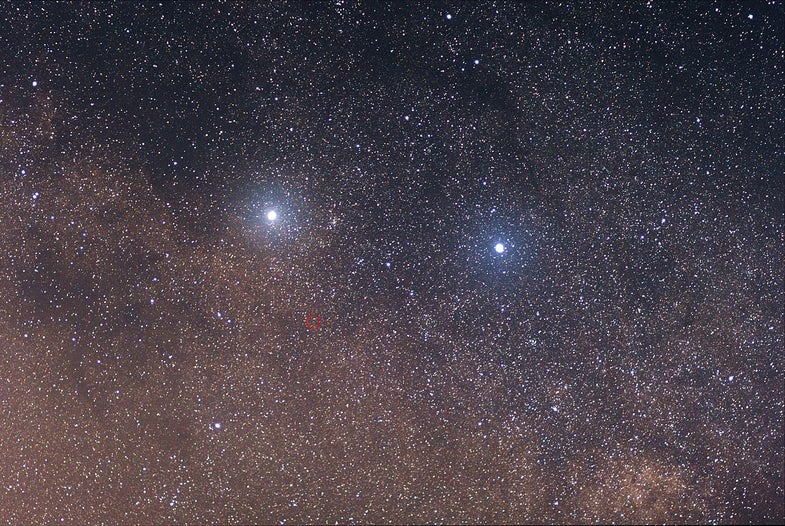 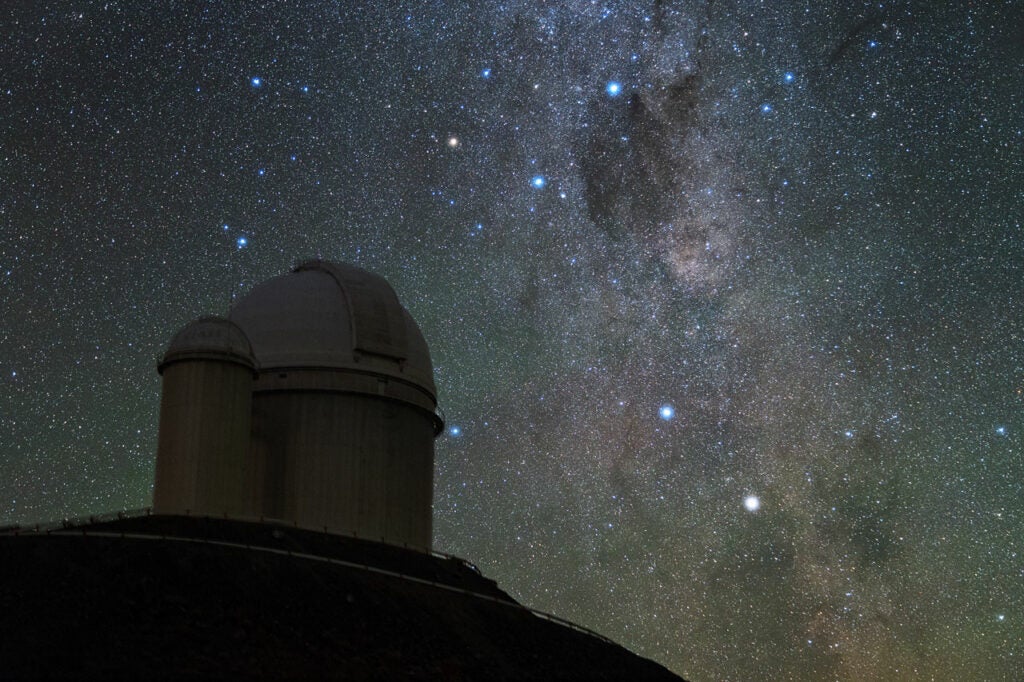 Taken at ESO’s La Silla Observatory in the Chilean Atacama Desert. To the right of the labeled nova is Beta Centauri, the bluer and higher of the two bright stars in the lower-right part of the image.

Compared to the imagination, space disappoints. For decades humans dreamed of finding extraterrestrial neighbors next door, on the sands of Mars or under the clouds of Venus. While we’ve sent probes and, in the case of Mars, several robotic explorers to learn more about these planets, we have yet to find any living creatures within our own solar neighborhood. Which means that if someone wants to find life, we might have to look further afield, and of everything else close, Alpha Centauri seems like the best bet.

Perhaps that’s why billionaire Yuri Milner is spending $100 million to develop a light propulsion system that can send tiny spacecraft to the Centauri system at one-fifth of light speed.

What is Alpha Centauri?

Alpha Centauri is, loosely, a system of three stars that are the closest neighbors to Earth. Proxima Centauri is the dimmest and the closest of the three, at just 4.22 light years away. It is thought to be gravitationally bound to Alpha Centauri and Beta Centauri, which form a binary star system 4.35 light years away from us. Alpha and Beta Centauri orbit a point in-between them, and on average they’re about as far apart from each other as the Sun is from Uranus.

It’s also the setting and name for Sid Meier’s Alpha Centauri, a video game from the legendary creator that takes his Civilization building tools and sets them on a new world in space, where humans struggle to adapt. 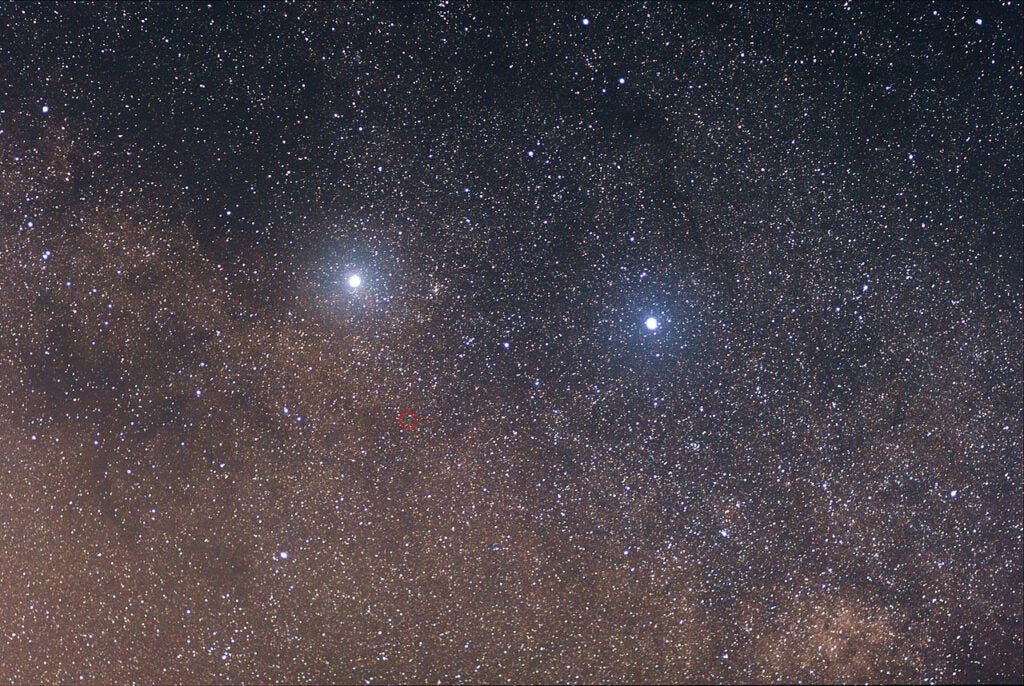 Where is Alpha Centauri?

Alpha Centauri can’t be seen north of Earth’s 29th parallel, keeping it out of sight of astronomers in much of Earth’s Northern Hemisphere (though it can be seen from Houston and Orlando). Below 29 degrees south, Alpha Centauri never sets in the night sky.

Here’s a visualization of it from the European Southern Observatory:

Why go to Alpha Centauri?

In the prologue to Sid Meier’s Alpha Centauri, and as one possible victory condition in his earlier Civilization games, humans colonize Alpha Centauri because it is the closest place to go. In real life, as in science fiction: Alpha Centauri holds that same deep fascination. Alpha Centauri might be one of the places in the universe beyond Earth where there could be planets that support life. There’s at least one planet we’ve observed in the system from Earth, and there are likely more that we’ll discover when we get closer.

And much like astronomers in the 1870s once dreamed of humans exploring Mars, we stand now in our historic moment, looking to a future where we can see the worlds not just in our backyard, but across the stars. And if there isn’t life right here, maybe, just maybe, it’s over there.