Newly Found Exoplanet Is Earth-Like In Size And Composition

A recently discovered exoplanet is similar in density and size to Earth. Too bad the planet is also 5,000 degrees Fahrenheit on its surface. 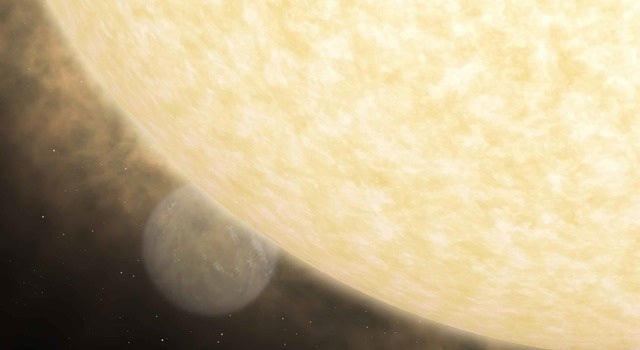 Who’s this little guy hanging out so close to its sun? It’s an exoplanet, discovered just this past July, and before I call it “little” again—its radius is actually 16 percent larger than Earth’s.

Now, new data has revealed the planet, Kepler 78b, has a similar density to Earth, too. That suggests it’s generally made of the same materials as our home planet: rock and iron. This is the first time astronomers have been able to get an idea of the composition of such a small exoplanet. Recent work has found large exoplanets vary wildly in density and, presumably, the stuff they’re made of, but no one is sure what the rules are for the compositions of planets in Earth’s range of size.

If in the future, astronomers are able to find the masses of other small planets, they could refine their models of what’s possible among planets. Recent work has found that large planets can be everything from rocky, like Earth, to gas giants, like Jupiter. Astronomers aren’t sure, however, if that’s also true for Earth-size planets elsewhere in the universe, or whether perhaps all small planets are made of rock and iron. Many such alien worlds exist. Work done this year found at least 16 percent of the sun-like stars in the Milky Way have Earth-size planets orbiting them. 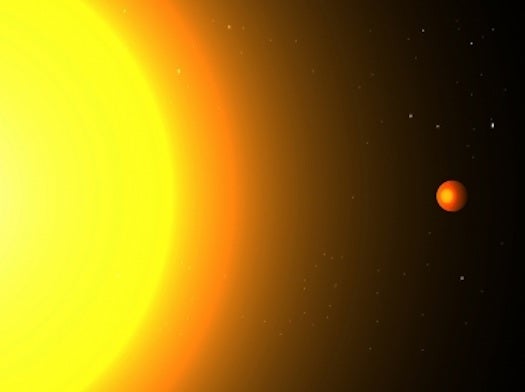 Another Artist’s Vision of Kepler 78b

As for Kepler 78b, size and composition are where the similarities between it and Earth end. A previous study of the planet found that it is extremely close to its parent star, which means it likely has no atmosphere or water and is so hot that its surface is covered in lava. It also has an unusually swift orbit of just 8.5 hours, which means a year passes on Kepler 78b in the time it takes most people to get a good night’s sleep.

Both of the density-calculating teams published their work today in the journal Nature.