Where did ‘Planet Nine’ come from? 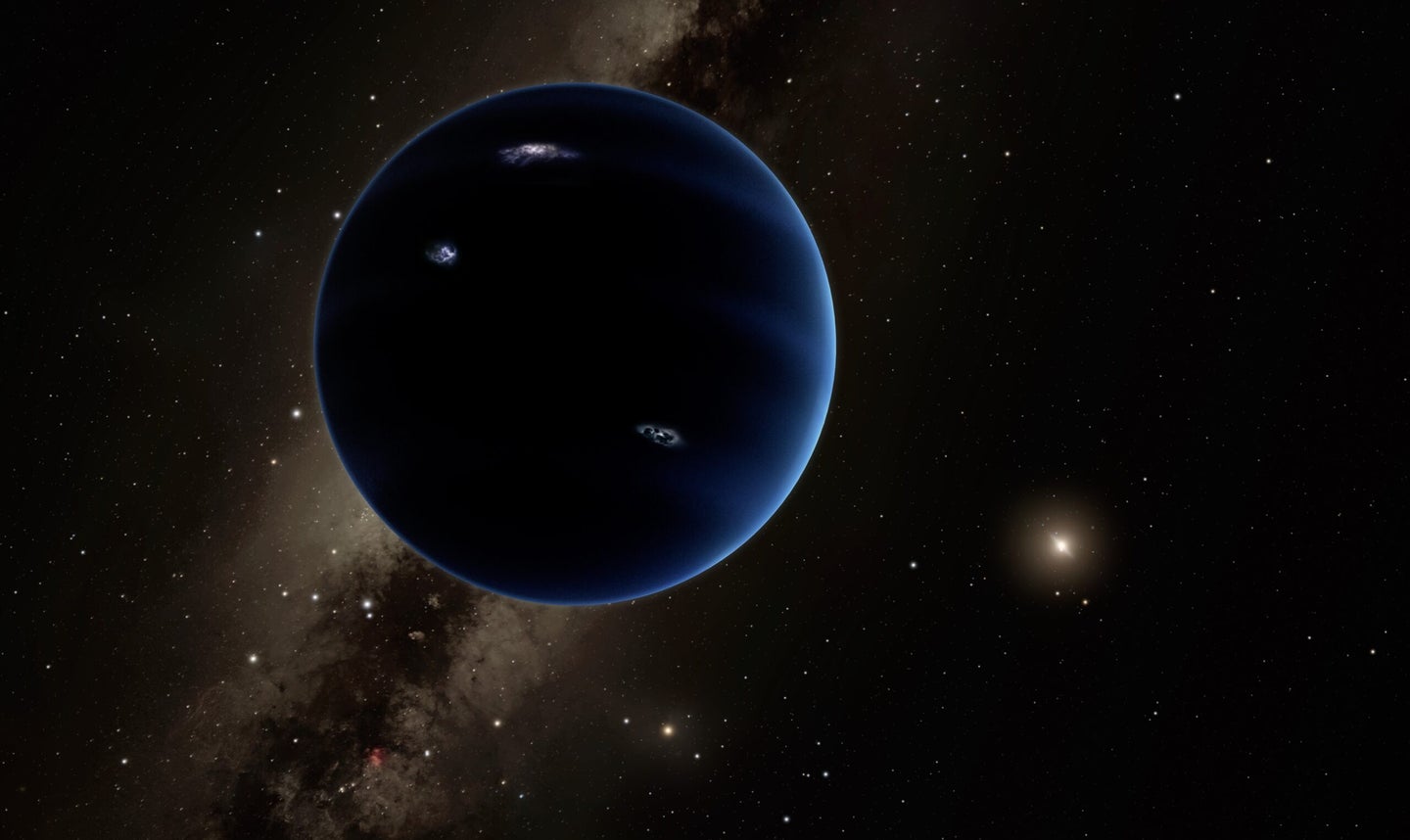 A year ago, astronomers announced evidence for the existence of an undiscovered planet hiding out in the boonies of our solar system. Nobody’s found the mystery world yet, but that hasn’t stopped scientists from speculating about how such a planet could have gotten there.

New simulations, presented this week at the American Astronomical Science meeting, suggest that it may have once been a rogue planet, stolen by our sun.

There’s a chance it was just born out there in the middle of nowhere. But the duo leading the search for Planet Nine—astronomer Mike Brown and astrophysicist Konstantin Batygin from Caltech—think it’s an outcast. According to their theory, Planet Nine formed close to the sun, like our other planets, but the neighborhood was crowded, so Planet Nine got bumped out—way out.

Another possibility is that we kidnapped it. Planet Nine may have started as a rogue planet, wandering the universe without a star to orbit, before our solar system’s gravity captured it.

James Vesper and Paul Mason from New Mexico State University recently simulated what would happen if rogue planets of various sizes and trajectories encountered our solar system. They ran 156 simulations and found that 60 percent of the time, the rogue planet got booted out by our solar system—sometimes taking one of our own planets with it. But the other 40 percent of the time, the rogue was captured and stayed in orbit.

Vesper and Mason haven’t yet published their findings.

An earlier study suggested that compared to other theories, there’s a less than 2 percent chance Planet Nine is a captured rogue. So the verdict is still out on where Planet Nine came from, but hopefully this riddle will be solved—assuming it exists, and assuming that we can actually find it.