There are better ways to get science back into policy 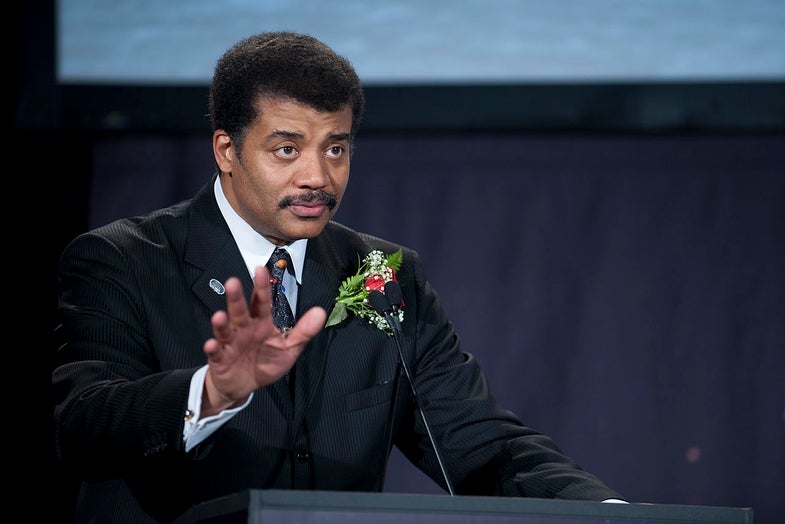 With math and observation, Nicolaus Copernicus rewrote millennia of human understanding. The renaissance astronomer plotted the paths of planets and stars in the night sky, and assembled a picture of the solar system that put the sun, and not the earth, at the center. Copernicus published his results in 1543, the same year he died. We accept Copernicus’ discoveries now, but there was doubt and push-back against them for centuries, before the weight of evidence could win out.

Copernicus is an icon of astrophysicists. Galileo, the renaissance astronomer who with a telescope discovered moons around Jupiter, further defended the Copernican view of the solar system. Upsetting the religious authorities of the day, he was forced to recant his views before an inquisition of the catholic church under threat of torture or death. Yet the evidence is there, in the sky, for all to see and, with time, to plot out. The moon moves around the earth, the earth and other planets move around the sun, and the whole of the solar system sits in the unfathomable vastness of space.

Science won. In astrophysics, though, it took time and evidence and tools to do so, and centuries for the change to feel like a natural progression of knowledge and not a bitterly contested debate. It is likely this history that informs science advocate and astrophysicist Neil deGrasse Tyson’s views on a science policy, and it’s likely what led him to Rationalia, his tweet-length constitution for a science based government.

The major flaw of Rationalia, no matter how earnestly formulated, is that it holds up to scrutiny about as well as a geocentric view of the universe. It may feel right, instinctively, but what evidence there is doesn’t support it. Even worse, the thinking behind it can justify a multitude of cruelties, based on the prevailing notions of the day.

I wrote about Rationalia when Tyson first proposed the idea in late June. Yesterday, Tyson doubled-down, writing a lengthy Facebook defense of the idea.

There’s a lot to unpack in this opening, not least of which is that it doesn’t even hold up to the history of science. The weight of evidence, as we now accept it, was clearly on the side of Copernicus and Galileo. Yet there was other evidence presented at the trial of Galileo. There were sources, like scripture, that astrophysics and the scientific method reject but had long been part of the debate. Tyson may quip that “if an argument lasts longer than five minutes then both sides are wrong,” but the Catholic Church didn’t apologize for its trial of Galileo until 1992, over 350 years after the fact. That the argument lasted centuries doesn’t mean both sides were wrong: it means people are motivated by more than just scientific evidence.

This is a deep and profound misreading of what politics is. In astrophysics, the solar system can either rotate around the earth, or the planets can orbit the sun. Neither can be true at the same time, or true in equal measure for different people. Yet policy isn’t about deriving universal absolutes through rigorous discovery: it’s about balancing resources and power in society between people with different beliefs and ideas.

Let’s look at a specific section from Tyson:

North Carolina provides a recent example of science-based policy. The science itself was a study of voting habits among the population of the state. In 2013, North Carolina passed new voting restrictions. To inform those restrictions, the legislature commissioned a study on voting habits by race, and then wrote into law a series of restrictions that specifically targeted African Americans. (Last month, a Federal Court struck down these restrictions, claiming that “the new provisions target African Americans with almost surgical precision.”)

This was a science-informed policy: the legislature sought data, and then wrote laws based upon that data. The evidence, to those who voted for it, was fine. But what North Carolina discovered wasn’t any new avenue for freedom, but a better tool for repression. As the American constitution is set up, courts provide protections for minority groups against the will of the masses directed through legislatures. Weight of evidence alone isn’t enough to guarantee a win in a case.

It turns out, there used to be a part of government specifically designed to advise the legislature on technology and science, from as impartial a perspective as possible. For 23 years, the Office of Technology Assessment was, as codified in the law that created it, a “means for securing competent, unbiased information concerning the physical, biological, economic, social, and political effects of such applications.” The office, closed in 1995, was one way to put more science-informed thinking into the process of governance. It was a resource, not a single guiding principle, and our country is worse off for its absence.

“Our legislators should assess the impact of scientific and technological advancements,” Celia Wexler of the Union of Concerned Scientists, wrote in the New York Times in 2015, “but it is hard to imagine a world in which a bipartisan Congress could agree on the facts, even if they disagreed about what to do with them.”

There are many flaws in the proposed outline of Rationalia, and few of Tyson’s clarifications do anything to mitigate them. But if Tyson wants more and better scientific knowledge informing our lawmakers, a goal that’s close to our hearts at Popular Science, then he could support better scientific institutions within government, rather than the existence of a science-based alternative state outside of it.