How to get a bat out of your house

Got an uninvited bat in your home? Handle your flying visitor with care. 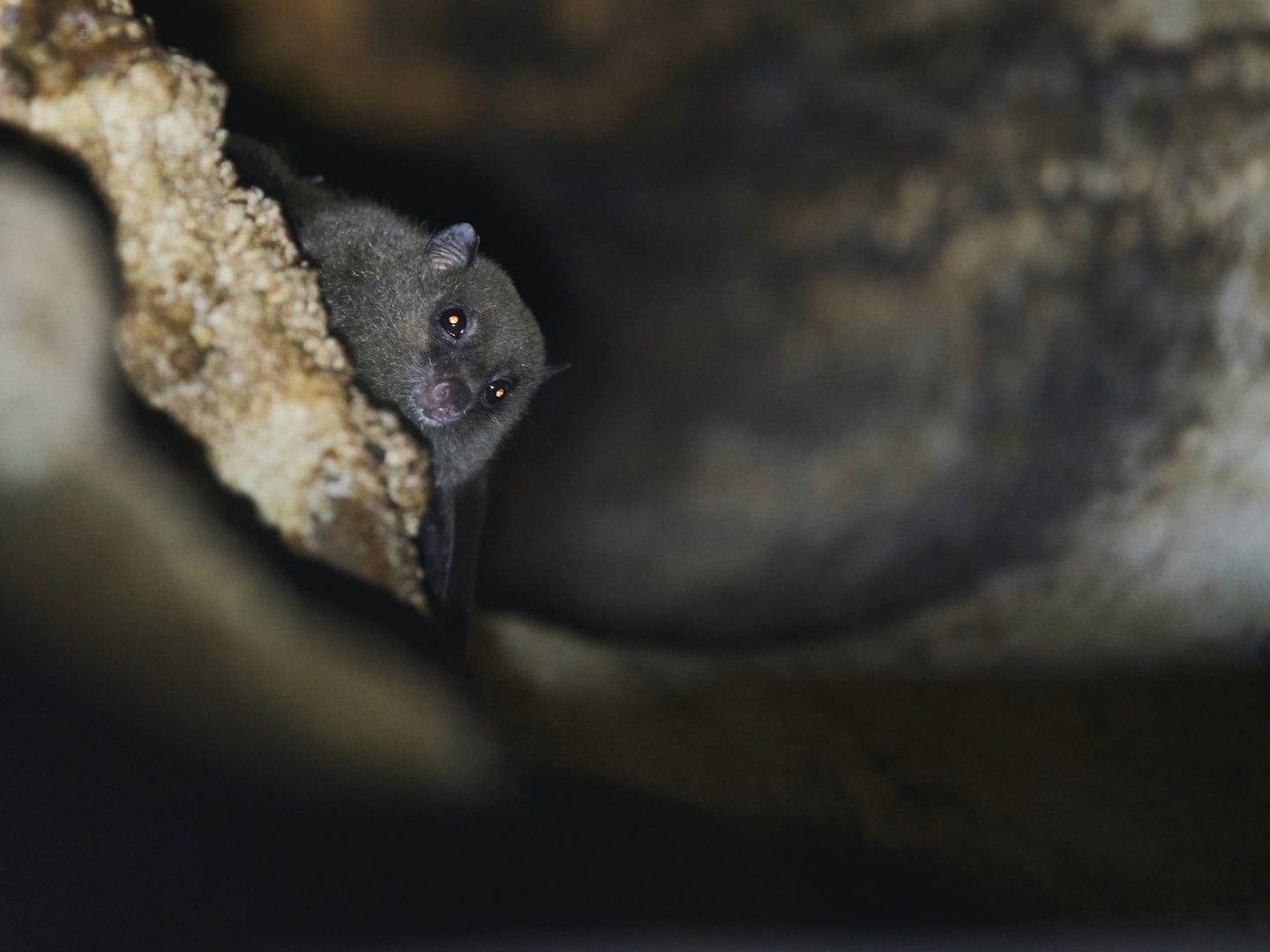 So small. Just wants to be outside, not in your home. Nils Bouillard / Unsplash
SHARE

Greetings, panicking homeowner! If you’ve found this article through a frantic web search, there may be a fuzzy visitor flying around your head right now. Fear not: bats get a bad rap, but they’re nothing to freak out about. Most are totally harmless, and we guarantee they’re no more pleased with this situation than you are. It’s time to escort your spooky houseguest back outside where it belongs.

When an unexpected creature is flying around your living space, you might be tempted to grab a rolled-up newspaper and start swatting. Resist that urge. While a flying bat may call to mind a giant insect or a furious bird, this nocturnal mammal isn’t out to hurt you. Bats won’t attack you unless provoked, they won’t fly toward you and get caught in your hair, and, no, they are not out to drink your blood. If it helps, think of your visitor as a hamster with wings: cute, furry, and ultimately powerless against a big, strong human. A bat is way more afraid of you than you are of it, so keep calm and get to work helping it find its way back outside.

2. Close off the room

Children and pets will not help you get a bat out of your home, and may even hurt it if they try to interact with it. Get everyone out of the animal’s vicinity and face it alone—you can have one other adult help if necessary. Close all the doors to the bat-occupied room and keep an eye on it at all times. It’s best to trap the bat in a space with windows so you can provide it with an easy escape route once it’s isolated. If you lose sight of the bat, look for it in high places such as your curtain rod, the top of a bookshelf, or a hanging light fixture.

3. Clear a path to the outside

Next, open any available windows or doors that lead outside from the room the bat is in. Pull away any curtains, screens, or furniture blocking these exits so the bat can escape easily. It’s likely that the bat will leave on its own after a few minutes. Don’t turn off your indoor lights, as you probably won’t be able to see the bat if you do—keeping tabs on its whereabouts is key. If the bat doesn’t fly outside on its own, or if the room you isolate it in doesn’t have any routes to the outdoors, it’s time to take matters into your own hands.

4. How to catch a bat and release it outdoors

If the bat can’t (or won’t) leave on its own, you’ll have to capture and release it yourself. Have someone keep an eye on the bat’s location as you gather the necessary supplies: a long-sleeved shirt, long pants, gardening gloves or other thick hand coverings, a broom, a plastic bin, and a piece of cardboard. Put on the clothing and gloves, covering as much skin as possible. This is to protect you from any bites or scratches that may occur during the rescue.

After donning your bat-catchin’ suit, wait for your bat to land somewhere. It will likely hang high on your curtains or in another secluded location off the ground. Always wait until a bat is stationary before trying to catch it: grabbing one mid-flight is likely to injure it, and may lead to a retaliatory bite. First, try offering it a perch to hang from by resting the handle of a broom against wherever it’s hanging. The bat may climb aboard and be ready for a ride outdoors. In this case, slowly carry the broom outside or simply stick the bat-laden handle out an open window.

If this trick doesn’t work, you’ll have to consider trapping the bat in a more hands-on fashion. Move closer and quickly—but gently—put your plastic container over the animal. Carefully slide the piece of cardboard over the container’s opening to trap the bat inside, then bring it outdoors. If you don’t have a plastic container, a cloth can also work: grab a bedsheet or a large scarf and cover the sedentary bat with it, then gently bundle it up and transport it outside. Try not to use a towel for this, as bats’ tiny claws can get caught in the fabric’s loops.

Once outdoors, release the bat onto a tree or another vertical surface where it can hang out upside down until it decides to fly away. Unlike birds, bats cannot take flight from a standing position on the ground. Offer them a high perch instead and watch until they fly away into the night.

5. Call in the experts as a last resort

If your flying guest appears injured or can’t otherwise be captured safely, the time for DIY is over and it’s time to call in the experts. Your local animal control department and wildlife rehabilitators are good places to start, but depending on the time and your location, they may not be able to arrive quickly and assist you. For rapid response, a 24-hour pest control service may be your best bet—but do a little research first to make sure they’re qualified to handle bats.

If you or anyone else in your home has suffered a bat bite during the rescue operation, it’s a good idea to secure the bat and have it tested for rabies before releasing it back into the wild. You can do this by contacting your local health department or a veterinarian in your area. While you wait, keep the bat inside a large container. But don’t panic—fewer than 1 percent of bats actually carry rabies.

6. Make sure other bats can’t get in

After your bat has been safely returned to the great outdoors, it’s worthwhile to check your home carefully for any other winged tenants. There may be an obvious opening on the exterior that allowed your one-time visitor to sneak in. Cover or seal any entry points to keep more bats from dropping by—you can do this yourself with a few home improvement supplies, or hire experts to assess your property and make the necessary adjustments.

Just because you don’t want them in your living space doesn’t mean you can’t play host to wild bats in other ways. These bug-eating creatures are hugely beneficial to our environment, and declines in their populations mean they need all the support they can get. Consider setting up a bat house on your property to give these fuzzy friends a safe place to shelter from the elements and raise their young.

This story has been updated. It was originally published on August 11, 2021.