A team of scientists helped eradicate the island of the animals in 2008 and the isle has slowly rebounded. 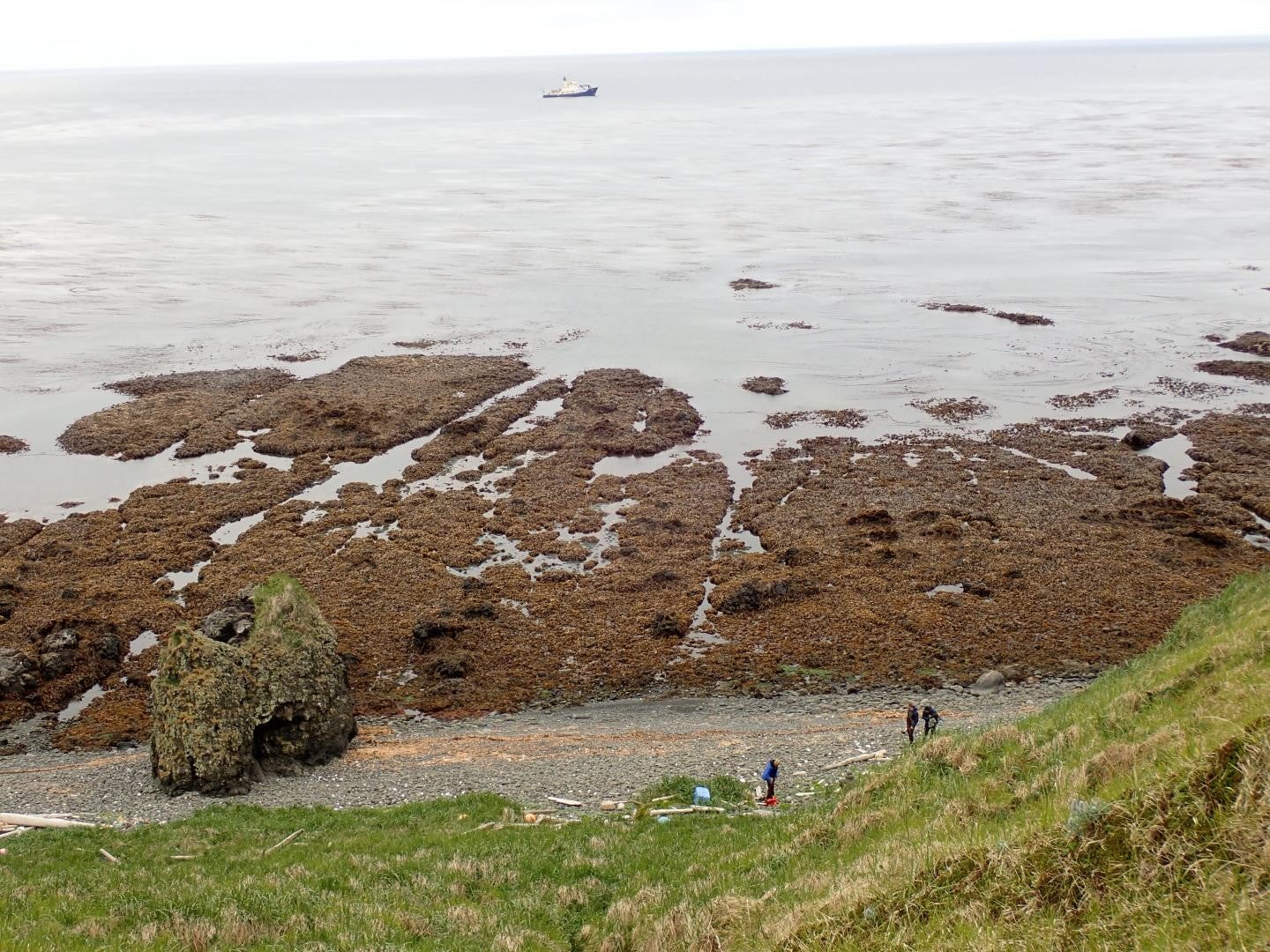 In 2008, a team of scientists from the U.S. Fish and Wildlife Service, the Nature Conservancy, and the nonprofit Island Conservation set out to eradicate the rats on Hawadax Island. Rory Stansbury
SHARE

In the late 18th century, a ship wrecked off the coast of Hawadax Island, a small, unforested, bracingly cinematic landscape in the Aleutian Island chain, which stretches from the coast of Alaska towards Russia. Researchers believe that rats aboard the wrecked ship made their way onto the island and proliferated. The isle later became known as “Rat Island”, named for the abundant rat population that soon took over. Over a decade ago, conservationists eradicated the rodents. The island is now considered rat-free and, according to a recent study, some of Hawadax Island’s ecosystems, once damaged by the rats, have rebounded to what scientists think they were like before the rodents.

In 2008, a team of scientists from the U.S. Fish and Wildlife Service, the Nature Conservancy, and the nonprofit Island Conservation set out to eradicate the rats of Rat Island, using poison pellets dropped from a helicopter. Though research has already shown that bird populations recovered after this eradication, the new study, published on March 8 in Scientific Reports, suggests that a more holistic, secondary recovery has taken place following that rat removal.

“There are other things that these rats are doing that we hadn’t necessarily thought of,” says coathor Dan Croll, a conservation biologist at UC Santa Cruz and the founder of the nonprofit Island Conservation, which worked on the eradication.

For the study, the researchers analyzed data collected before, five years after, and eleven years after the eradication. Specifically, they looked at changes in the populations of Black Oystercatchers and Glaucous-winged Gulls, as well as shifts in the populations of organisms living in the intertidal waters on the coast of the island. Because they don’t know what the area looked like in the 18th century (before the rats arrived), the team relied on data they had collected on Aleutian Islands with and without rats to determine what “recovery” might look like.

The Aleutian islands without rats are loud, says lead author Carolyn Kurle, an ecologist at UC San Diego. In the height of summer, when they’re filled with seabirds, “It’s just bird cacophony all over the place,” she recalls. The rat-free islands are also filled with tall grasses, fertilized to lush growth by bird droppings. On the islands with rats, however, the grasses are much shorter—and “you notice they’re really quiet, because the birds are dead.”

The researchers found that after eleven years without the rats, the native shorebirds and the intertidal communities began to reach levels similar to those on the islands that had never had rats.

When the rats were the top predator, there were no birds left to eat the isopods, sea stars, snails, and other invertebrates that normally thrive near the rocky shores of the island, explains Kurle. With no predation pressure, those “grazers” become more numerous and start eating all the kelp.

With the rats gone, “we saw these very swift rebounds of the bird populations, and a very swift response to that in the intertidal, with our grazers disappearing and our kelp numbers growing very rapidly,” says Kurle.

The impacts of introduced species can be incredibly complex, with fierce debates over how best to categorize and manage them. When it comes to rats, however (and rats introduced to island ecosystems, in particular), the picture is a bit more clear. Hardy, omnivorous, and tightly associated with humans, rats are widely considered an especially destructive invasive species, and they’ve been introduced to most of the world’s islands, where they’re believed to be a major actor behind seabird extinctions and declines.

Even on small islands like Hawadax, where getting rid of all the rats is a realistic goal, there can be downsides. The rats must suffer, of course, and there can be other casualties, Kurle acknowledges. (In this case, some bald eagles were killed after consuming poison, though the populations have reportedly since rebounded somewhat.)

Any side effects of rat eradication are significantly outweighed by the benefits, though, says Holly Jones, a restoration ecologist at Northern Illinois University who was not involved in the study.

“The findings here are pretty striking,” Jones said in an email to Popular Science. There are some limitations, she said, such as having to rely on data from islands where rats had never been introduced as a proxy for normalcy. But she said their approaches are standard, given various restraints.

“It shows that rat eradication causes a seismic shift in intertidal food webs,” and, she added, “I’m really excited that the authors looked both five years and then 11 years after the eradication and that they show it took more than five years to see the shift in the intertidal food webs.” That indicates, she wrote, that we need more long-term monitoring than is typically granted for these types of projects.

Understanding these responses is crucial, according to Jones: It helps researchers better predict how rodent eradication will affect island ecosystems. “As this [rodent eradication] is increasingly used, the results of studies like these can guide scientists and managers on what they can expect to see in terms of response.”