How Did The Deadliest Strain Of Ebola Travel From Central To West Africa?

It was not Gwyneth Paltrow. 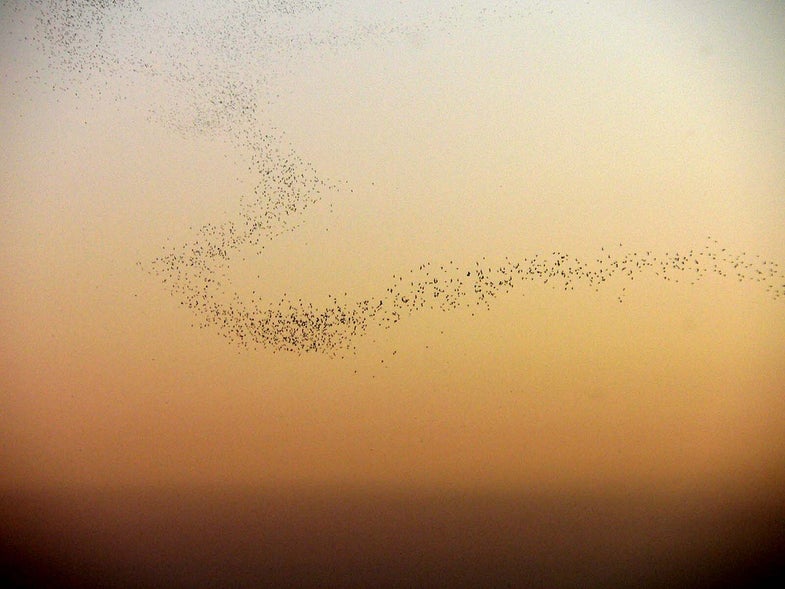 Of all the strains of the Ebola virus, the Zaire strain (Zaire ebolavirus) is the deadliest. That’s the species now infecting people in Guinea, Sierra Leone and Liberia; in the ongoing outbreak, it’s killed more than half of the people who contracted it.

Yet before this outbreak, nobody had ever seen Zaire ebolavirus in West Africa. Zaire Ebola was known only to crop up in the Democratic Republic of the Congo, the Republic of Congo, and Gabon in Central Africa. So how did the virus travel those hundreds of miles to Guinea, where the current West African outbreak began?

As fun as it is to blame Gwyneth Paltrow, it was not her (character) this time. In the 2011 movie Contagion, Paltrow played “Patient Zero” in a deadly flu epidemic. Her character’s jet-setting ways helped the contagion spread. Yet scientists think it’s unlikely a person sick with Zaire Ebola boarded a plane in Central Africa and carried the illness to Guinea. Those first cases occurred in remote regions that are difficult to reach. “A human would have to travel a long distance” to get there from Central Africa, Daniel Bausch, a doctor who studies tropical viruses at Tulane University, tells Popular Science. Plus, scientists would expect to see an outbreak in Central Africa just before Zaire ebolavirus showed up in Guinea, which didn’t happen. (That doesn’t mean travel does not play a role in Ebola’s more local spread now.)

Instead, scientists are now considering a couple of possibilities for the origin of West African Zaire ebolavirus. One is that it has long circulated there, but scientists never noticed it. Another is that it was carried there from Central Africa by a yet-unknown species of bat— but exactly which species is a big question. Bausch is publishing a paper today, in the journal PLOS Neglected Tropical Diseases, that reasons through these possibilities.

What was that very first person doing when they got infected?

It will take further research to sort out which explanation is the likeliest, and that research may not happen for a little while yet. For now, experts are focused on caring for those who are sick and preventing further spread. In the future, however, researchers will likely examine wild bats in Guinea, as well as blood samples collected from people from before the outbreak. They’ll be looking for that first instance of when Zaire Ebola crossed into a human being.

“What was that very first person doing when they got infected?” says Jonathan Towner, a virologist with the U.S. Centers for Disease Control and Prevention. “If we can identify the natural reservoir, then, as we’re doing for Marburg virus, you can advise the public on how not to get exposed.”

Marburg and Ebola are closely related, since they are in the same family of viruses. Like Ebola, Marburg causes hemorrhagic fever and can be deadly. In 2009, Towner and a team of scientists from Uganda published a paper confirming a species of fruit bat called Rousettus aegyptiacus harbored Marburg viruses. It was a feat of patience, for one thing. It required the capture of hundreds of bats, as only 2 or 3 percent of them carry the virus at a time.

The discovery about Marburg meant health departments could warn tourists and locals about wearing masks and other protective gear when entering caves home to Rousettus aegyptiacus. That said, such interventions have to be affordable for those who need it most. Miners in Sub-Saharan Africa often work in caves with rousette bats, but they usually can’t afford expensive protective equipment.

“We have to be realistic. This is happening in the poorest areas in the world,” Bausch says.

Because Marburg and Ebola are so closely related, the finding about Marburg also helped narrow down the search for animal carriers of the West African Zaire ebolavirus to bats. That’s an improvement on what scientists were doing 20 years ago. “We were trying to find it by trapping all sorts of things,” Bausch says. “Mosquitoes, monkeys, spiders, rodents and everything.”

It’s Ebola’s likely persistence in bats—its ability to circulate quietly among forest animals in between outbreaks in humans—that makes it seemingly “emerge from the forest” at random, Bausch writes in his new paper. One of his major points, however, is that such emergences aren’t random. They happen in places where wars have broken down the public health measures that help contain Ebola, which is, after all, difficult to transmit between people.

“These are populations and countries that are vulnerable to the propagation of this virus,” he says. “I think it is worth recognizing that the social and economic background of this is equally important as the biology of the virus that’s emerging from the forest.”